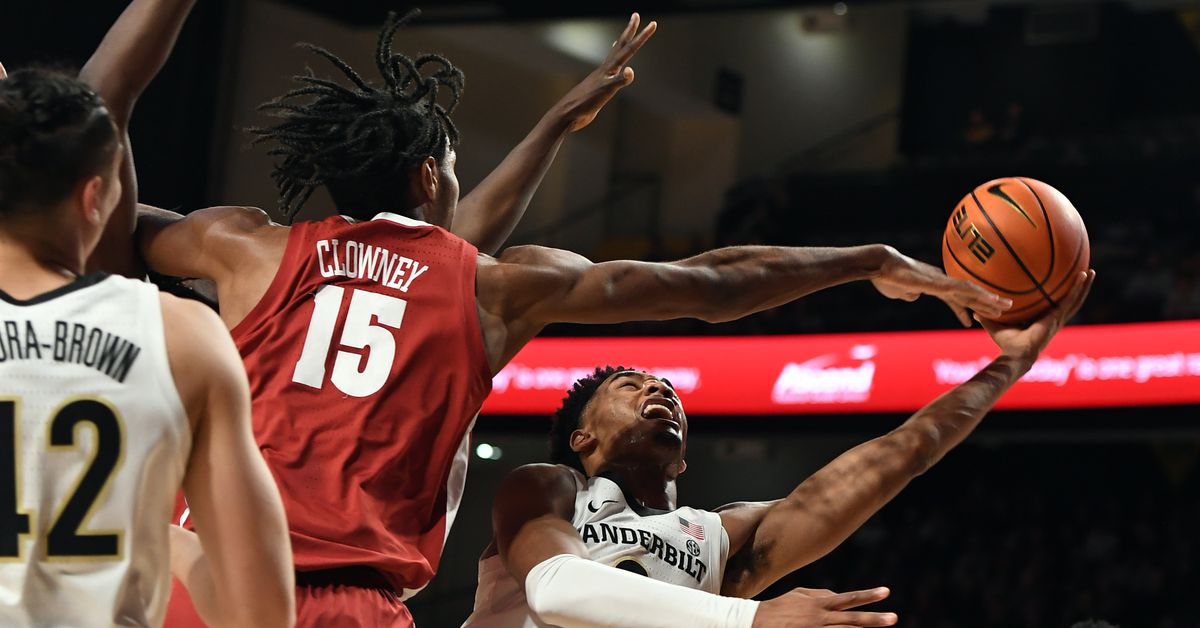 The fourth-ranked Alabama Crimson Tide basketball team defeated Missouri 85-64 Saturday in Columbia, MO. CoMo has been another “house of terror” for Bama basketball over the years, and indeed, this was coach Nate Oats’ first win in Colombia. It was actually the first time an Alabama team had a ranking ever Beaten Mizzou in the street. And the scary thing is, The Tide didn’t even shoot very well for the game, but still managed to pull off a 20+ road win in the conference: There are just too many guns on this list, and even nights where the shots aren’t enough Fall, Alabama cruises to ho-hum beatdowns

Alabama improved to 17-2 overall, 7-0 in the SEC and 6-0 in real road games, has won eight games by 20 points or more, and has a 21-point lead in SEC games. Second-place Kansas lost twice this week, so ‘Bama should move up the leaderboard.

Oats started his usual five in Mark Sears, Jaden Bradley, Noah Clowney, Charles Bediako and Brandon Miller. Missouri announced just before the game that its All-SEC forward Kobe Brown would miss the game with an ankle injury. Meanwhile, The Tide has brought injured guard Nimari Burnett back from his wrist injury.

The Tide jumped out to a quick 9-2 lead behind Clowney and Miller before the Tigers made a run to take a 14-13 lead by 9:43. Neither team could connect from afar and was 1-20 combined with just six minutes left at halftime. Sears hit two from the free throw line at 6:19 left to put the Tide back 20-19 ahead. Three points from Rylan Griffen and Jahvon Quinerly along with free throws from Sears and Miller helped put Bama 38-28 up at the break.

With Missouri playing small, Oats replaced Bediako with Dom Welch to start the second half. The tide quickly took control. Clowney, Sears and Miller all scored early and the lead was 51-34 after Miller had a long-range bomb left at 15:30. The show mentioned Miller scoring 63% of undisputed three-point attempts this season.

Quinerly started to get his groove going, hitting a couple more three-pointers and scoring in the lane. With the score at 61-40, the Tigers went on a run to reduce the lead to 13 with 8:38 in the game. The Tide endured a dry spell, but with a 4-10 lead, the lead was still 16, and Bama rolled home from there for the 21-point win.

In the second half, Tide shot 13-37 for 35%, including 7-18 from the arc for 39% and 14-17 from the line for 82%. Overall, the team shot 35-68 for 37%, 10-35 for 29% from three, and 25-32 for 78% from the charity streak. Bama had 53 rebounds, 16 of them on offense, had 12 assists, one block, five steals and 11 turnovers. Clowney earned both Player of the Game and Hard Hat awards for his 17 points and 14 rebounds in 28 minutes. Sears added 17 points of his own with eight rebounds and three assists. Miller had quite the game with 15 points and eight rebounds. Quinerly joined the trio with 13 points in double digits and added four rebounds and three assists. Griffen hit 3-6 from deep for nine points in one of his better games of the year. Bradley contributed eight points, three rebounds and three assists. The Tide stayed small for much of the game and Bediako only played 16 minutes, Noah Gurley saw six minutes and Nick Pringle didn’t see the floor at all.

Another impressive win on the road for the Tide, their second of the week in two gyms where Alabama has historically struggled. After last Sunday’s events the team has to take to the streets, play in two difficult venues and take the doubles Double digit victories in both games says a lot about the players, coaches and staff. Bama didn’t shoot well but they defended their butt, hit the boards and kept their composure.

The Tigers had been 3-0 at home in the SEC game and were a formidable opponent even without Brown. After the game, Oats said that “defense won this game for us, although we gave up some blowbys and didn’t rebound as well as I would have liked.” Oats praised Griffen’s play, saying, “Rylan has a big three hit to stop a rally for them, we just need it to get better on defense and rebound.”

Oats is slowly trying to fit Welch into the mix and he played his longest stint of the season at 15 minutes tonight. Burnett, who had started in the first nine games of the year before suffering a wrist injury, saw just over five minutes left. Quinerly is still just seven months away from ACL surgery and the fact that he has played in 17 of the 19 games is remarkable. If 2021 SEC Tournament MVP Quinerly resurfaces, this team would look unstoppable. Clowney played his way to the first round, and Miller is clearly a lottery pick in the upcoming NBA draft. In fact, a B/R mock has Clowney in 10th place and goes to the Lakers.

Aside from the rankings and some defensive funk early in the season, it’s fair to say that the rest of the SEC is probably chasing the tide at the moment.

How big is this gap?

Honestly, it may depend on who has the home dish. Tennessee ranks above the tide in KenPom, and both Auburn and Texas A&M are KenPom’s top 15 teams. Are you the second tier? Is there even a second tier, or is there a mess at the top of the first tier? The blowouts were nice, but the league deficit is negligible. Those teams have just one conference loss each, and Alabama plays them four times at the track — three on the road. Kentucky appears to have turned their season around, now sitting at 4-3 and will be dangerous on the track. Of the last 12 games on the schedule, the Feb. 15 visit to Knoxville is probably the only time the tide isn’t favored.

This week, the Tide hosts the state of Mississippi in an SEC Network game on Wednesday at 8 p.m. CT. On Saturday, ‘Bama travels to Norman, OK to face off against Porter Moser’s struggling Sooners in the SEC-Big12 Challenge at 1pm CT in a game to be aired on ESPN. Despite their record, don’t take OU lightly. They’ve been in almost every game this year and just couldn’t finish it late in what was by far the best conference in the nation.