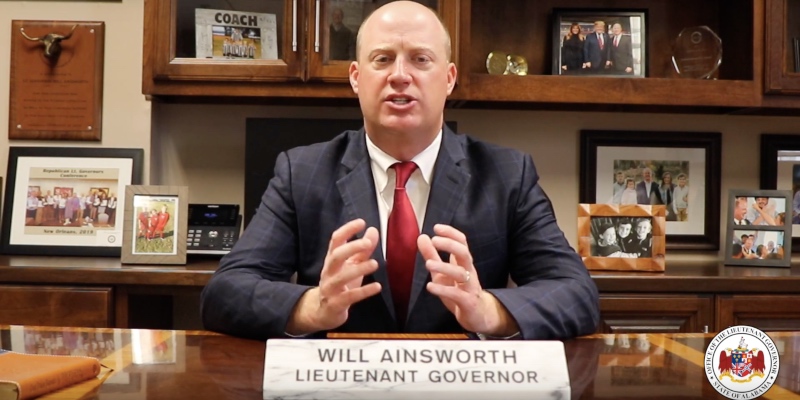 The Lieutenant Governor of Alabama reiterates his support for more school choices in Yellowhammer State.

Lt. gov. Taking to Twitter on Saturday, Will Ainsworth said, “I believe it’s time for real school choice that allows parents in Alabama to choose what’s best for their children.”

I believe it’s time for real school choice that allows parents in Alabama to choose what’s best for their children. who agrees on that?

Ainsworth recently discussed the topic during an appearance on WVNN’s The Yaffee Program.

Ainsworth explained why he believes a successful school choice program would work in Alabama.

“It means that each parent can decide what is best for their child and which school they want to send them to,” he said. “It doesn’t matter whether it’s a private school, a charter school, or a public school. I think we need to add charter schools as well. That will certainly work in other federal states as well.”

Ainsworth said he strongly believes in school choice, but understands that it won’t solve all the problems in Alabama’s education system.

“I don’t think school choice will solve all of our problems,” he said. “But I think it could certainly solve 10% to 15% of our problems, and then we have other things to do as well. We need a public school system that is vibrant and strong and one of the best in the country, and we don’t have that right now.

“So we have a lot of reforms that need to be done.”

Ainsworth also reiterated why he believes expanding school choice across the state will greatly help parents and students.

“At the end of the day, the question is, ‘Who knows what’s best for your child?'” he said. “And should a zip code that your child is in determine whether or not that child will go to a potentially bad school, or if there are other options?” And I believe that letting the parent decide what’s best for the child and offering options is always the best choice.

“I’ve known that for a while, but I’ll certainly keep pushing it, but I would also say that I think the people of Alabama support that.”

Yaffee is a contributing writer for Yellowhammer News and hosts “The Yaffee Program” weekdays from 9 a.m. to 11 p.m. on WVNN. You can follow him on Twitter @Yaffee

Do not miss! Subscribe today to get Alabama’s leading headlines delivered to your inbox.