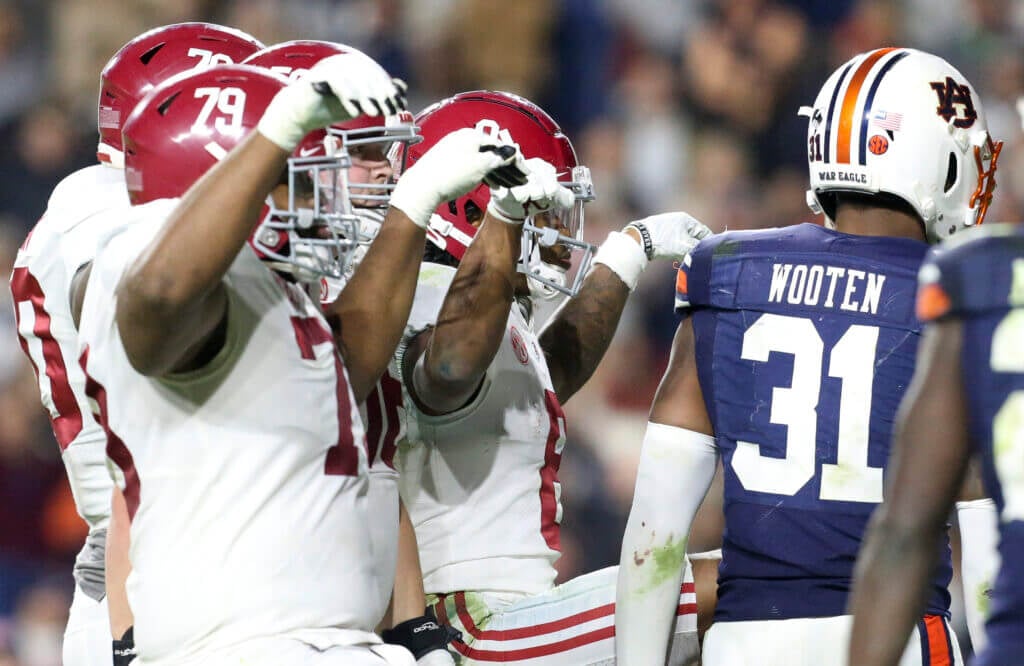 As far as Iron Bowls go — at least in the hours leading up to the game — there’s a certain nonchalance hanging in the air like the November rain forecast to fall Saturday afternoon.

I’m sure that will change as kickoff approaches, it’s Alabama-Auburn after all. But this year the stakes aren’t the usual stakes we’ve seen so often during the Nick Saban era. There’s been more talk this week about Brandon Miller and the undefeated Crimson Tide basketball team than one of the greatest rivalries in all sports.

I don’t speak for the players, of course, but for the atmosphere surrounding the game outside of the football stadium.

From Auburn’s perspective, this week has been filled with the tennis-like back-and-forth of the Lane Kiffin rumors surrounding the Tigers’ inaugural coaching position. Will he or won’t he? After telling the assembled media at the Egg Bowl press conference after the game on Thanksgiving night, Kiffin appears to be staying with Ole Miss. But he still hasn’t signed an extension, and he’d make an about-face and go to Auburn exactly wouldn’t surprise anyone.

That’s the atmosphere at the moment, a weird thing to be sure.

This is an unusual situation for Alabama as it does not have pole position in the college football playoffs, although a popular piece of content in college football this week was the multi-stage scenario that would see the Crimson Tide sneak into the CFP. This is a nightmare for fans who thought they were finally breaking the tide. Those of us who’ve been watching Alabama closely this season aren’t sure which team will show up Saturday, and it’s not certain they’ll beat Auburn, so the thought of UA making the playoffs is something far-fetched. Still, there’s a remote possibility, I think.

This game means a lot. It stands alone in terms of meaning. We’re just a year away from one of the best finishes the series has ever produced. But the fact of the matter is that in most seasons it has a meaning that transcends state pride. That pride should be enough for both fanbases to get engaged, and I’m confident that will be the case when the game begins. But it is also true that both groups have their sights set firmly on the horizon for the future.

For Auburn, Cadillac Williams was a revelation, a force of personality and sincerity that captured The Plains after a season and a half of the Bryan Harsin experiment of forcing a square pin into a round hole situation. The fans were so excited to be rid of him that it hardly mattered who the caretaker manager was. However, Williams has unified a fragmented fan base that had grown somewhat apathetic to Auburn football as he waited for Bruce Pearl’s basketball team to speak out.

Williams, who was already an Auburn legend, will long be remembered for his time as head coach, no matter where his career takes him. His authenticity jumps off the screen and the pride he’s instilled back into the program will make it harder for the Tigers to send them out on Saturday.

Still, the general sentiment regarding Auburn football is to wait until next year. 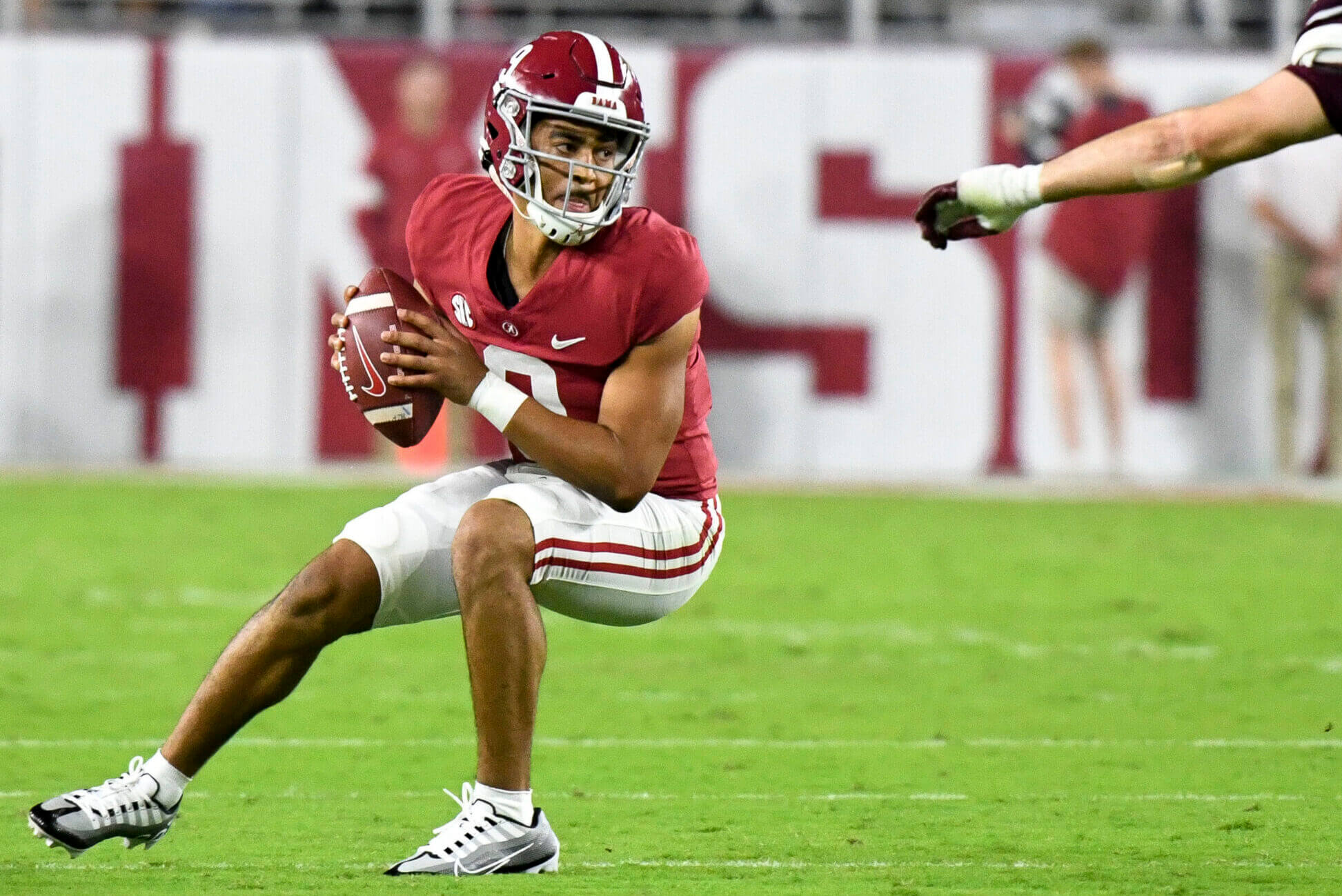 For Alabama, it’s a chance to see Bryce Young and Will Anderson at Bryant-Denny Stadium for what is likely to be the last time. That in and of itself is historic enough to grab your attention. The season has been a roller coaster of high expectations and tighter than expected games. The criticism was loud and frequent. From coordinators to wide receivers, there was enough criticism to go around. As for disappointments, consider that a “disappointing” season for Alabama now is one in which it still ranks in the top 10. The fact remains, however, that the best win is over either an Ole Miss team that has lost four of its last five games, an 8-4 Mississippi State team, or a seven-win Texas team.

So for every half-full pane you can paint the season with, there’s a half-empty pane that highlights some troubling issues. Many have viewed this offseason as key to the future of the Alabama dynasty.

If Alabama wins, it will initially be 10 wins for the 15th straight season. This is intoxicating stuff.

It was impossible to just focus on the game this week. Lane Kiffin took center stage and much of college football was entertained, except for Ole Miss fans, who probably wish Kiffin had spent more time planning games than roasting a TV reporter from Mississippi. Give Kiffin’s antics and take Kiffin’s antics.

The man still figures big in both Alabama and Auburn. Many Alabama fans still have a crush on him and his gifted game duty, which he presented for three seasons in Tuscaloosa. You can understand why. He produced three SEC Offensive Player of the Year athletes in Amari Cooper, Derrick Henry and Jalen Hurts. He was the offensive coordinator for three consecutive SEC championship teams, something that hadn’t been done since Steve Spurrier and the Gators won four straights in the 1990s. Really Halcyon Days kind of stuff. Despite his messy exit, he remains a fan favorite. He uses Twitter better than any coach in any sport. The rumors that he was going to Auburn stirred up some feelings in the Crimson Tide fandom. It’s been a wild week to watch.

The same goes for the Auburn side. After watching Harsin’s offense over the past two seasons, Tiger fans are drooling at the thought of watching Kiffin call games at Jordan-Hare Stadium. Kiffin uses Twitter to troll Nick Saban of Alabama’s biggest rival? The headlines are already writing.

Until he definitely says “no” to Auburn, Kiffin’s name will be hanging in the air of this state.

But this game creates legends. True, it doesn’t have the national prominence of Ohio State and Michigan this week, but it’s still Alabama-Auburn. This year feels a little different, but that will change once the game begins.

Nobody will remember the run-up to the game. But they’ll damn well remember whether Alabama extends the Iron Bowl winning streak to three games or Cadillac pulls away with an upset.