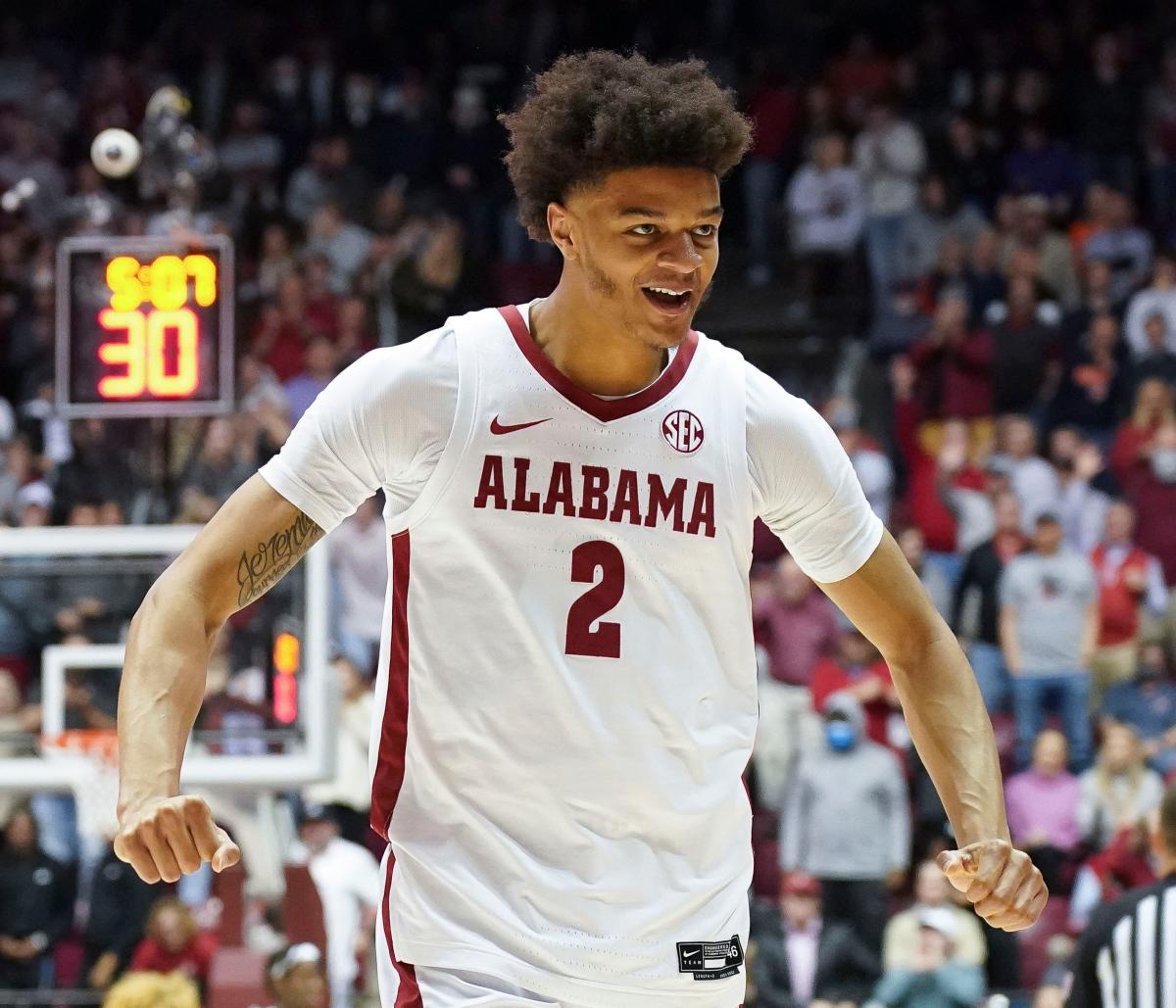 The only character concerns raised when former Alabama basketball player Darius Miles was evaluated during his recruitment had more to do with basketball than his personal character, Crimson Tide coach Nate Oats said Friday.

Miles is one of two men charged with murder in the shooting of Jamea Jonae Harris, 23, early Sunday. He is being held without bond and a probable cause hearing has been set for February 7.

Oats said Miles’ recruitment occurred during the COVID-19 pandemic, which required contact via Zoom and phone calls rather than in person, but said he was confident in Miles’ character as a high school recruit.

“You get the typical ‘He’s so talented, sometimes he might pick up plays’, but that had nothing to do with his character on stage at all. There were zero character issues from the stage when we recruited him. And to be honest with you, even when he was here we didn’t really have any problems with him not being on the floor,” Oats said. “He was a likeable boy, everybody liked[him]. The only problems, we’ve ever had was to motivate him to play a little harder in practice, be more consistent, just basketball stuff. Nobody saw that coming.”

DON’T MISS A MOMENT: Sign up for our sports newsletter to receive daily updates

According to warrants released earlier this week, Miles told police he provided a handgun to Michael Lynn Davis before the shooting and witnesses identified Davis as the shooter. Investigators believe the shooting stemmed from a minor argument between Harris, Miles and Davis.

Harris and an unidentified man were in a vehicle when she was killed from a single gunshot wound. The unidentified man returned fire, and The Tuscaloosa News has authenticated video in which at least 11 gunshots can be heard in an exchange of fire.

According to the bail request filed Thursday on behalf of Miles, his attorneys say he had no criminal record.

“The coach doesn’t usually want to say anything (bad) about a kid and we understand that. We get a pretty honest review from most coaches, but they want their kids to be at the highest level they can, if that’s enough. You get a little more honest when you start calling the teachers, the principals, the school counselors … We were janitors at a school a few weeks ago, me and Brian (Hodgson) in Ohio. They had practice in the evenings, so that’s the caretaker who’s around the team all the time when nobody else is around. You find out a lot more about kids researching stuff like that.”

Oats also said he advised his team on how to deal with the possibility that students or fans of other teams might say derogatory things to players about the allegations against Miles during Alabama road games. Oats said there were no such issues at the Crimson Tide game in Vanderbilt earlier this week. UA travels to Missouri on Saturday.

“When people want to be ignorant and say things that are completely out of line… that’s not a case of someone getting into easy trouble. These are serious matters. There’s a 5-year-old who doesn’t have a mother anymore,” Oats said. “To me, that’s not something for the students to joke about. If anyone happened to say something, I told our boys, ‘You guys have to be strong be tough enough to just say, ‘We’re here to play basketball.'”