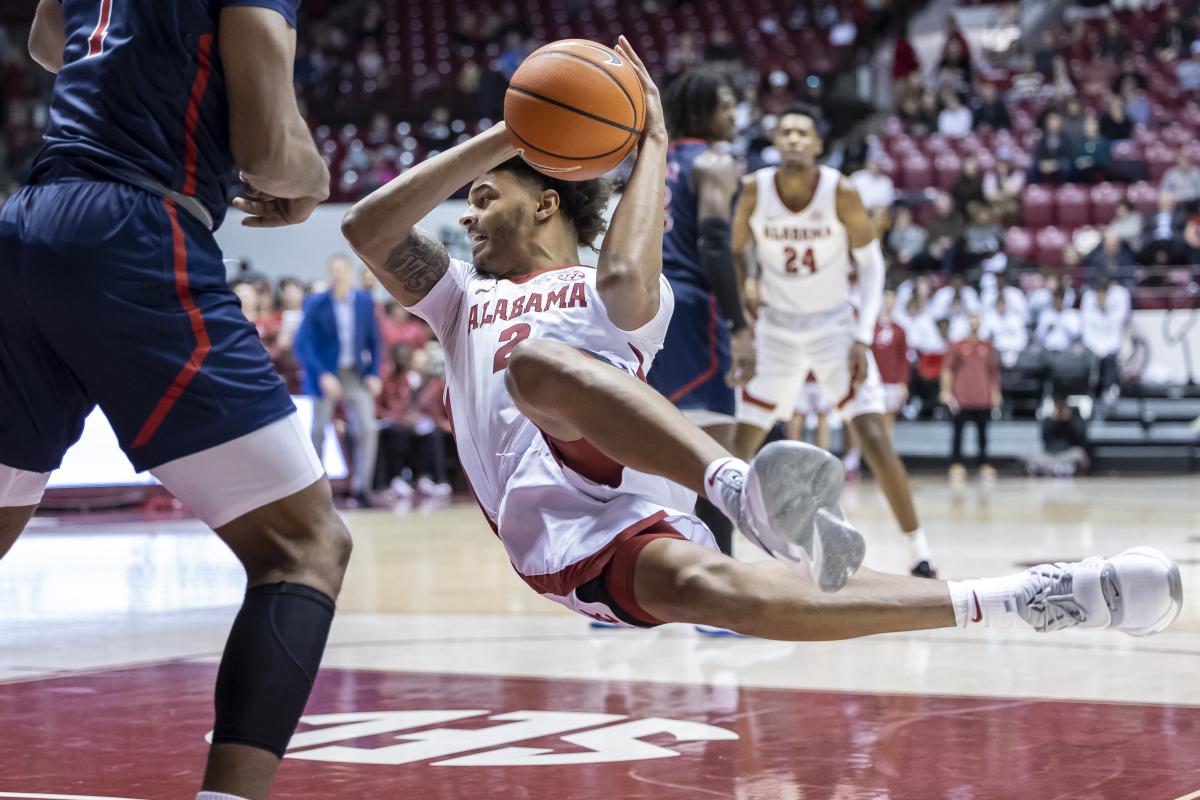 A former University of Alabama basketball player was behind bars Sunday night after being arrested in connection with a deadly shooting near campus, authorities said.

Darius Hairston Miles, 21, of Washington, DC, was one of two men arrested after people in vehicles just off the Strip, Tuscaloosa’s nightlife district adjacent to the campus, exchanged gunfire, the Tuscaloosa County Sheriff’s Office said with.

He was charged with murder and being held without bail, the bureau said in a statement. The victim was Jamea Jonae Harris, 23, it said.

None of the other parties were affiliated with the institution. It was not clear if Miles hired a private attorney on the case. The Tuscaloosa public defender’s office did not immediately respond to a request for comment.

Alabama Athletics on Sunday said it offers its deepest condolences to the victim’s family and friends and announced that Miles is no longer a part of its basketball team.

Miles’ name was not on the institution’s basketball roster late Sunday. The university said in a statement: “He has been removed from our campus.”

The basketball program said Saturday that Miles, a junior forward, had been ruled out for the remainder of the season after a preseason injury worsened.

It was not clear if Miles was no longer a student or if the institution could expel him without a procedure. The sheriff’s statement referred to his status at the university in the past tense.

The shooting was reported early Sunday in the nightlife district. Sheriff’s officers did not say which of the two suspects opened fire or if they believe both did.

“It appears at this point that the shooting was the result of a minor argument that ensued between the victims and suspects after they encountered each other along the strip,” the sheriff’s office said.

Just before 2 a.m. at the Walk of Champions at Bryant-Denny Stadium, a driver pulled over a University of Alabama police vehicle to report that a passenger who was still inside had been fatally shot, the bureau said with.

The driver told investigators that someone in another vehicle opened fire on his vehicle just off the Strip and that he returned fire, possibly injuring someone in the opposing vehicle, sources said.

Detectives with the sheriff’s Violent Crimes Unit tracked down two suspects after speaking to witnesses and viewing security video, the office said.

One of the two suspects was injured in the shooting, the bureau said; it did not identify which one or mention whether he was hospitalized.

The other suspect, also charged with capital murder, was identified as Michael Lynn Davis, 20, of Charles County, Maryland.

The university said it was cooperating with the investigation.

Members of the campus community affected by the violence can contact campus counselors even on Monday, the Martin Luther King Jr. Day holiday, the university said in its statement.

This story appeared first on NBCNews.com.

This article was originally published on TODAY.com