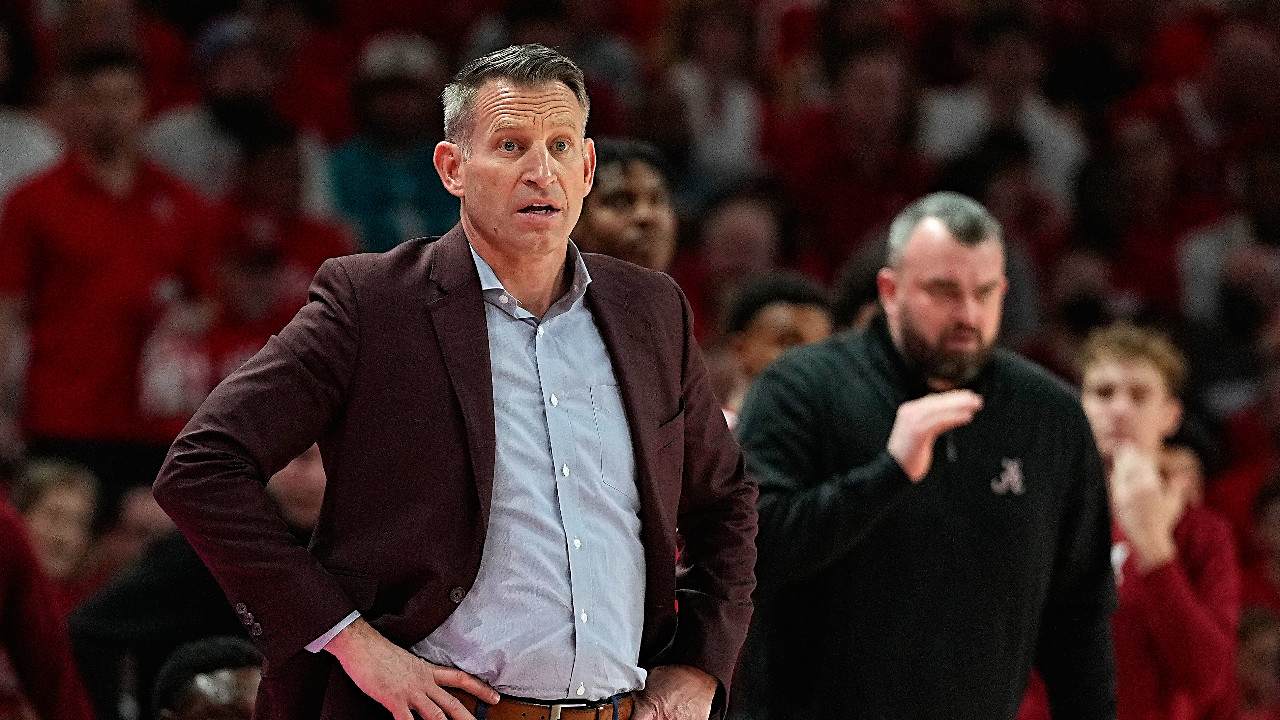 Devastating news broke from the collegiate basketball world this week when it was revealed that Darius Miles, a now former forward for the Alabama men’s basketball team, has been arrested and charged with the murder of 23-year-old Jamea Harris. Investigators say he provided the gun used in the shooting.

“Today I want to begin by offering our deepest condolences to the family and friends of Jamea Jonae Harris, a young woman, daughter and mother who was taken from a senseless act far too soon,” Alabama head coach Nate Oats said in a press release conference on Monday, according to CNN.com.

He later continued, “We continue to support each other as we process this and balance school and basketball.”

The No. 4 Crimson Tide played their first game on Tuesday since learning of the heartbreaking news. After the 78:66 win at Vanderbilt Oat was interviewed by SEC Network’s Dari Nowkah and asked how he was processing everything that had happened over the past few days.

“I’m a believer. Lots of prayer. Lots of Bible reading just trying to figure out what to say to the team.”

Alabama head basketball coach @nate_oats I have leaned on God in the midst of incredibly difficult circumstances these past few dayspic.twitter.com/TgOjdAfExp

“The basketball side got really, really irrelevant there for a while, but the basketball side also gives us a place where the team can pull together. It gives us something else to think about because the seriousness of the situation is great. I mean, a young girl’s life was lost and we truly pray for Jamea’s family and her young son and everyone involved on her side of the family.”

Oats was an outspoken follower of Christ during his four years as head coach in Alabama and the last four years in Buffalo. It’s a belief, he said, that was spurred during his freshman year in Buffalo when his wife, Crystal, was battling cancer.

“I really want my children to know me as a Christian father who will show them what it means to be a Christian.”

I can’t believe it’s been 22 years today since we were married. By God’s grace we’ve made it this far. Through the good and the bad we have chosen to love each other daily and I can honestly say that today our love is stronger than ever. happy anniversary @cmoats74 pic.twitter.com/eZxpFSANcH

Despite his busy life leading a top-five basketball program, Oats says he still reads the Bible every morning.

“My faith keeps me grounded. It keeps an eye on life,” Oats told Sports Spectrum in March 2019. “Winning and losing games is not the ultimate in God’s eyes; Knowing and loving God and being loved by a gracious God is the ultimate. How we treat others and how we point others to Jesus is what really matters. My daily quiet time with God in the Word keeps these truths in the foreground daily.”

While Oats is trying to come to terms with recent events by turning to God in prayer and Bible reading, he will continue to guide and care for his players and fellow coaches as they attempt to get back to their lofty basketball goals focus.