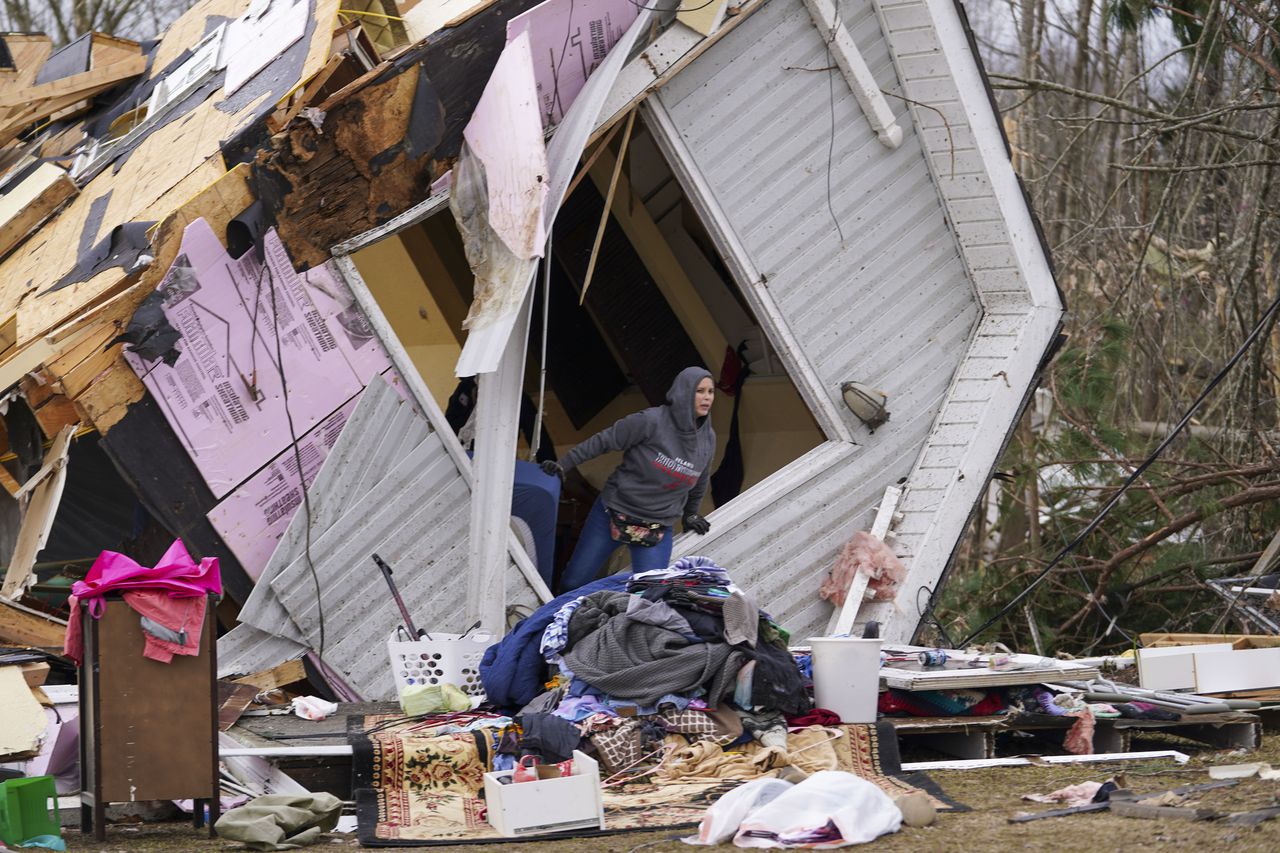 The National Weather Service has spent the past few days tracking the path of Alabama’s deadliest tornado since 2019.

Meteorologists have classified the tornado that claimed seven lives in Autauga County on Jan. 12 as an EF-3, with top winds estimated at 150 miles per hour at spots along its path.

The Autauga tornado was a feared long-track tornado measuring 76.67 miles in length.

The tornado is one of the 10 longest tornado tracks recorded in Alabama, ranking 9th on the list.

According to the National Weather Service in Birmingham, the Autauga tornado was on the ground for an hour and 20 minutes.

The tornado killed seven people and injured several others, causing widespread damage along its long path.

The Weather Service said the tornado made landfall in Autauga County and stayed on the ground until it reached Chambers County on Alabama’s eastern border with Georgia.

The storm that produced this tornado had an even longer trail.

Here’s a look at Thursday’s tornado reports from the National Weather Service.

These are not individual tornadoes, but reports of tornadoes.

A number of these tornado reports likely came from a storm, a long-lived supercell storm.

The Weather Service needs to analyze all storm tracks to say for sure, but it appears one storm has been holding together — possibly dropping regular tornadoes along the way — from Mississippi to Alabama and Georgia.

“That was certainly the same parent storm that probably spawned more than one tornado on its way through our area,” Weather Service meteorologist Gerald Satterwhite said by email on Friday.

Weather Service meteorologist Mark Linhares said a long-track tornado has a path that’s typically 25 miles or longer. Linhares added that by this definition, 95 out of 2,505 tornadoes, or 3.8 percent, are long-tracked tornadoes.

A typical tornado path is 1 to 2 miles long, according to weather service data.

It turns out another Thursday tornado would also qualify as a long-distance storm:

The EF-1 Twister that left a 30.4-mile trail through portions of Lawrence, Morgan, and Limestone counties in northwest Alabama.

Long-track tornadoes are nothing new in Alabama.

In fact, there were only three last year.

Two occurred on March 30, 2022. The first was an EF-2 tornado that cut a 35.17-mile path through parts of Choctaw and Marengo counties.

Another tornado, an EF-3, had a 29.24-mile path through Perry, Bibb and Shelby counties, injuring two people.

Another tornado on February 2, a deadly EF-2, had a 25.87-mile path through Greene and Hale counties.

The Weather Service has a list of the longest tracks for tornadoes in Alabama. Not surprisingly, several of them happened during the April 27, 2011 superoutburst.

However, the longest recorded tornado stretch in Alabama occurred on May 27, 1973.

That was the F4 tornado that affected areas from Greensboro to Mount Cheaha. It had a trail of 139.10 miles, according to weather service data.

Here’s a look at the trail of Thursday’s deadly tornado from the National Weather Service’s preliminary storm report in Birmingham:

The tornado made landfall east of US Highway 82 at 12:48 p.m. on January 12, rolling a prefab home along Autauga County Road 40.

The tornado rapidly intensified as it approached the community of Old Kingston and reached EF-3 intensity.

At least three prefab homes were “obliterated,” the weather service said, with their frames hurled up to 100 yards along County Road 43.

A pickup truck was thrown 400 feet to the northeast, and a shallow crater formed where it landed.

The tornado struck several homes along Sandy Ridge Road, where some of the deaths occurred.

The frame of a prefab was thrown 250 yards into a field. Just downstream, a cluster of prefabricated houses “were shredded and thrown considerable distances,” the weather service said. Tree trunks were snapped off relatively close to the ground and the bark was torn off.

More damage continued to the northeast along County Road 140, where two people were killed in separate homes at the east end of the road.

At least five prefab homes were “blown away, with their frames hurled considerable distances,” the weather service said. Several vehicles were picked up and slung, and one pickup truck had its cab separated from the truck bed.

The weather service said the heaviest damage was observed from County Road 43 to County Road 42 and wind speeds were estimated to be at least 150 miles per hour.

And they could have been even stronger.

“Based on the damage scene and contextual evidence, it is plausible that the winds were stronger,” the weather service said. “However, with only prefabs on the way, there doesn’t seem to be any damage indicators to allow for a higher rating.”

The tornado weakened slightly as it moved across County Road 57 but still damaged several homes.

It then crossed Interstate 65 and entered the community of Pine Level, where several houses suffered roof damage and a prefab house was rolled off its foundation onto County Road 68 East.

The tornado passed through the Pine Flat community, damaging additional homes, and one prefab home was rolled and destroyed.

The Weather Service said the damage intensified as the tornado neared the Autauga-Elmore county line, where several locally built homes along County Road 68 East near Poplar Springs Road lost most of their roofs.

Similar damage was observed in northwest Elmore County as the tornado approached the Coosa River. The tornado crossed the river near Neely Road on the west bank and Kelly Road on the east bank.

The Weather Service said “countless” trees were snapped and uprooted as the tornado moved northeast toward the Elmore-Coosa county line on US Highway 231.

The Weather Service said radar showed a ball of debris in southern Coosa County consistent with ground observation of a wide area of ​​snapped pine trees on either side of McKissick Road between the Speed ​​and Equality communities.

“The amount of downed trees was sufficient to give this section of the tornado path an EF-3 rating,” the weather service said.

Additional EF-3 damage occurred along County Road 18, where the Weather Service said vehicles were moved or turned over, numerous trees were downed, a home built on site destroyed, and others badly damaged.

The tornado then moved toward Coven Abbett Road and then Elbert Road, damaging several homes and destroying several boathouses.

The tornado then crossed the northern portion of Lake Martin, damaging other lakefront homes. The weather service said numerous homes on River Run Road and adjacent side streets were damaged – some significantly. At least two houses have been moved from their inception.

The Weather Service noted that the damage here, classified as high-end EF-2, “could be due in part to the tornado’s interaction with the lake surface, as well as the exposed nature of these homes.”

The tornado continued northeast, causing sporadic EF-1 wood damage as it crossed US Highway 280. The tornado then moved across the rest of Tallapoosa County, causing EF-0 to EF-1 tree damage, including in the Sessions area.

The tornado continued to weaken as it approached Highway 77 and dissipated shortly after crossing County Road 114.