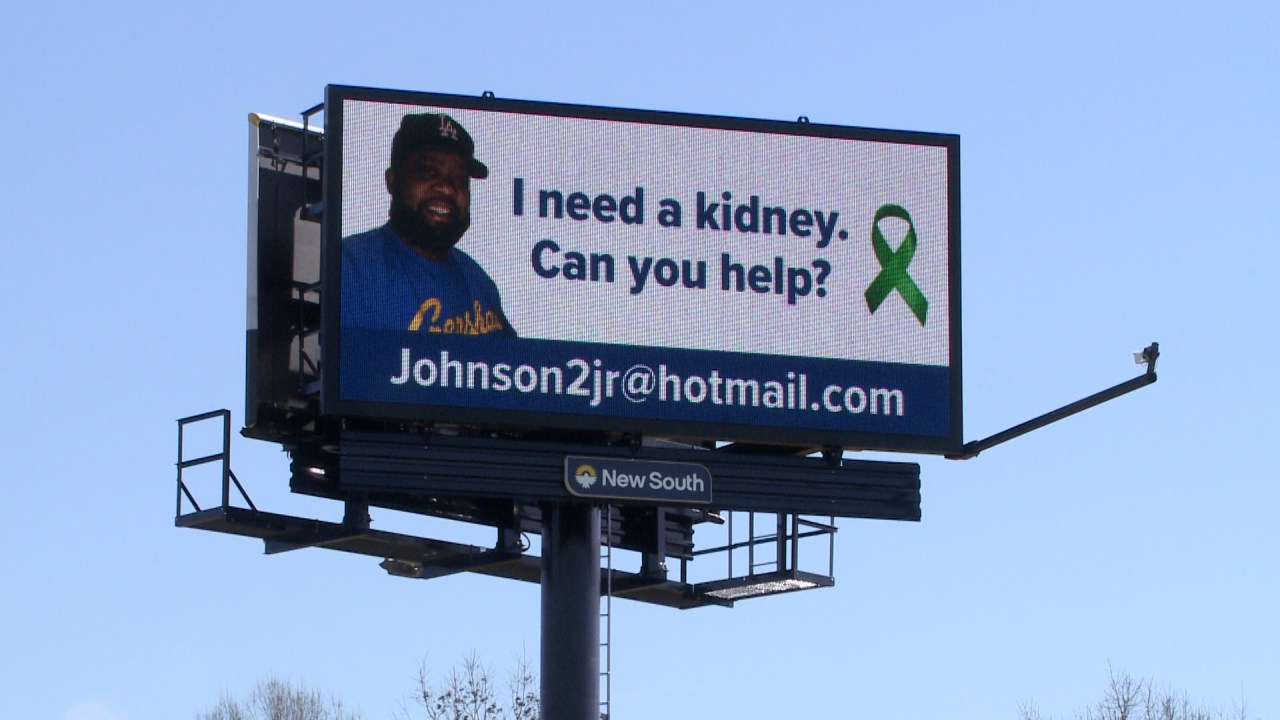 MADISON, Ala. (WHNT) – Madison’s Johnny Johnson Jr. has a big favor to ask of you. “It would mean the world to me, my family too,” he said.

He’s looking for someone to donate a kidney.

Johnson Jr. had been battling kidney disease for about five or six years when his health took a turn in 2020.

“I got sick with COVID and the flu at the same time,” he said. “As soon as I could beat that, my kidney function decided it didn’t want to work anymore.”

Johnson Jr. has a wife and two young daughters. They moved to northern Alabama in 2017 while he was working for the Federal Public Defender’s office in Huntsville. However, he said he had to stop working in April 2022 when dialysis treatments became too much to keep him compatible with work.

Now his attention has shifted to finding a living kidney donor.

Johnson Jr. explained that even though he’s on the transplant list at UAB and Vanderbilt, it’s a long wait.

“Usually you have to wait at least four to five years,” he said.

He said he also exhausted all avenues to find a donor he already knew.

“I’ve spoken to all of my family and friends, and I have almost no living donor candidates left in my circle,” Johnson Jr. said.

Eager to return to a healthier lifestyle, he decided to try something that might catch a lot of people’s attention.

He put up a billboard on a busy street corner in Madison.

The billboard ad reads, “I need a kidney. Can you help?” and includes a picture of Johnson Jr. and his email address. That email address is [email protected]

It is on the corner of Balch Road and Gillespie Road in Madison, next to the Shell gas station.

Until Johnson Jr. finds a kidney donor, he must continue on dialysis treatment three times a week.

dr Michael Hanaway, surgical director of UAB’s kidney transplant program, said dialysis can take its toll. “Apart from not liking it, dialysis is hard on the body,” he said.

“To expect people to stay on dialysis for five, six, seven, eight, nine, sometimes 10 years is sometimes a lot,” said Dr. Hanaway. “A lot of the people that we see in the clinic, a lot of them will say it’s a big part of their lives.”

“They have to be on dialysis for three to four hours a day, three times a week, often they don’t feel very good on the days that they have to have dialysis, so essentially half your week is spent getting ready and going on dialysis .”

Hanaway said he thinks Johnson Jr.’s billboard is a great idea. “It has been done in the past and has been successful,” he said.

He said that spreading the word is the best way to maximize your options.

Hanaway said the best donor candidates are people who are similar in age to the person who needs the kidney and who are in good health for their age.

If you are interested in donating a kidney through UAB, Dr. Hanaway, the first step would be to fill out a screening form.

From there, he said, people who meet the initial qualifications would be taken to the clinic for a day of testing.

dr Hanaway said it’s important to note that not everyone is a match for a specific person. Even if you can’t help Johnson Jr. or someone you wanted to help, you could still give someone else a life-saving gift.

“If they’re not a match for me,” Johnny Johnson Jr. said, “they may be a match for someone else who’s waiting for a kidney.”

Johnson Jr. said he hopes the billboard or this message can reach someone who can help. He said the billboard ad went live earlier this week.

He said receiving a kidney donation would be the greatest gift.

You can reach Johnny Johnson Jr. by email at [email protected].

He also said you could contact the UAB and Vanderbilt transplant programs and tell them you’re interested in donating to him if you want to remain anonymous.