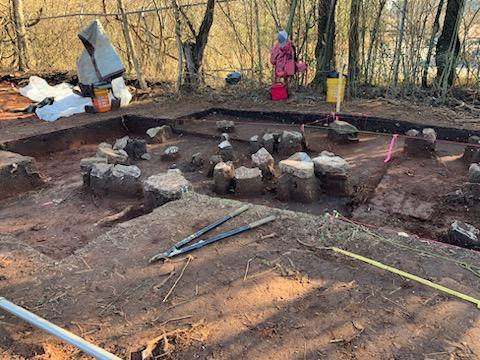 REDSTONE ARSENAL, Ala. (WHNT) – A dig for a proposed construction project at Redstone Arsenal has turned into an archaeological dig.

Officials said crews unearthed what appeared to be artifacts from the mid-19th century in 2019th It dates back to the 19th century, which led to a developer conducting small excavations at the site to assess its importance.

What they found was part of a large, rectangular basement filled with these artifacts, qualifying the site for inclusion on the National Register of Historic Places.

The project is on the site of Fennell Plantation, which was most likely occupied between the 1820s and 1940s, according to Ben Hoksbergen, Redstone Arsenal’s cultural resource manager.

“The current excavation site was probably the site of the main house of the plantation, which belonged to members of the Fennell family from 1843 to 1918,” Hoksbergen added.

Isham J. Fennell was one of the wealthiest planters in Madison County. He owned thousands of acres throughout Alabama and purchased the plantation in 1843, making it his primary residence.

“The plantation was split up and sold in the early 20th century,” Hoksbergen said. “In 1919 Moses Love, a local African American farmer, bought the land on which the dig site is located. He sold the land to the US government in 1943 as part of the land acquisition for the Huntsville Arsenal.”

The site is being excavated by New South Associates, Inc. of Stone Mountain, Georgia, who are directing the excavation and conducting historical surveys and analyzing data from the area.

Any artifacts and/or documents found are “permanently curated,” according to Hoksbergen, at the Erskine Ramsay Archaeological Repository in Moundville, Alabama. Efforts are also being made to place key items and information from the site in an interpretive display somewhere on Redstone Arsenal or in the surrounding community.

Details and results of the excavation will be detailed in a technical report that officials say will be made available to local public libraries.