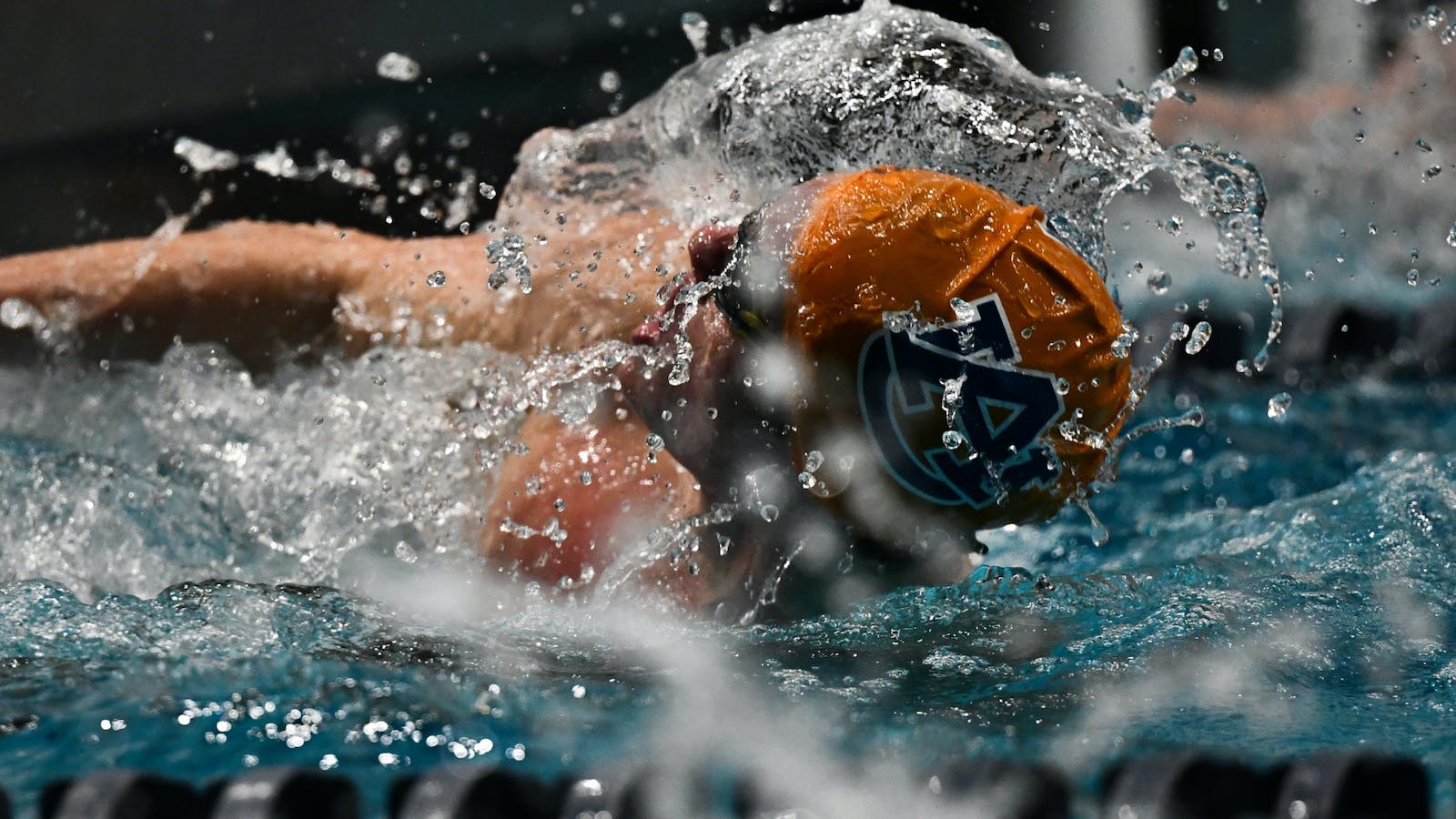 While Auburn didn’t finish first in the women’s 200-meter medley relay, the fact that she finished with two top-three teams instead of just one gave Auburn more points in that race than Alabama.

The women made a strong statement in the first individual competitions when they swept the 200-meter freestyle. This caused a burst from the crowd as the girls headed into their final lap. The roar continued until the men’s competition.

The men made their strong statement as the Stoffle brothers, Aidan a senior and Nate a sophomore, took first and second place in the 100m backstroke event.

In the men’s 100m breaststroke, junior Reid Mikuta won from behind when he posted a time just 0.23 seconds off his own school record.

The women pulled off a complete swing, finishing first through fourth in the 200 butterfly. The men’s 200 butterfly came down to a hundredth of a second.

Nate Stoffle struck again in the backstroke, but this time in the 200-meter dash. He snatched second place behind Andrew Simmons, who took first place. This extended the men’s lead to 110-59 over Alabama.

After that, the chestnut men took first and second place in the one-meter jumping.

Toward the end of the meet, Alabama began to close the gap on the women’s side — bringing its score to within five points of Auburn.

The men, on the other hand, continued to extend their lead with places two, three and four in the 500-meter freestyle.

After finishing second and third in the women’s 200-meter individual (IM) medley, Alabama took the lead by five.

The Tigers dive team will face Georgia Tech and Miami in a tri-meet on Jan. 27 in Atlanta. The swim team will host an invitational event in Auburn on February 3rd.

do you like this story The Plainsman does not accept money from tuition or tuition, and we do not charge a subscription fee. But you can donate to support The Plainsman.