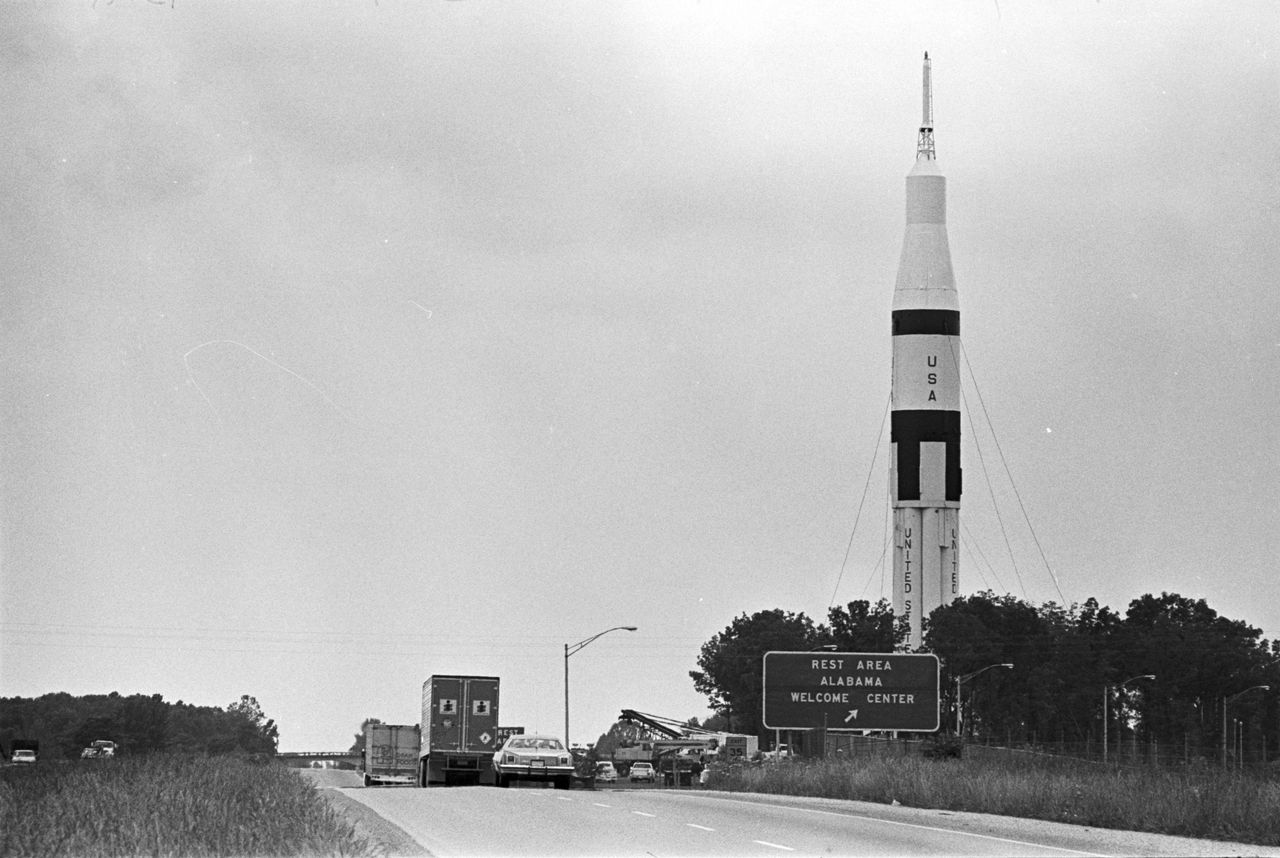 This is an opinion column

“This rocket was not built to withstand continuous exposure to nature’s elements for more than 40 years,” said NASA’s Marshall Space Flight Center statement. “The support structure has deteriorated over the years, the damage is too extensive to repair and could potentially pose a structural safety issue if left in place.”

I couldn’t help but laugh a little as I read this. When I look in the mirror this morning, I clearly have more in common with the famous rest stop rocket than I ever thought.

At 168 feet tall, Saturn 1B was one of the most recognizable landmarks of my life. It’s the only spot on I-65 where I haven’t been allowed to sleep while driving in four decades. “Wake up!” My parents would scream if the missile came in sight. “Look out your window.” Occasionally we would stop and have a look. I’m now the annoying parent waking up my sons.

A few years ago my family stopped to see the rocket and I realized how much time it had taken. Up close, it’s clear that the structure is actually falling apart. When I heard the announcement that the missile had to be removed, it was like hearing that an old friend had died. I called my friends at NASA to see if there was any hope, but then I realized it was about time.

The Saturn 1B is a monument to another generation’s excellence.

Even in its dilapidated condition, the rocket is an impressive reminder of Americans who ventured to the stars and landed on the moon. The dreams inspired by this success are the burden of my generation.

I lament the Saturn 1B crash because I wonder if we will be able to replace it. Yes, we can find something of the same size, but the rest area is much more important than its physical presence.

To quote President John F. Kennedy, what is our generational challenge “that we are willing to accept, one we do not wish to postpone, and one that we intend to win?” Our cowardly political landscape is anything but inspiring. America’s most powerful leaders don’t get along enough to properly address issues like inflation, immigration, and competition in the global marketplace. When our eyes turn to our screens, we are greeted by a nation clawing, kicking and clawing at itself.

Whining and destroying will always be easier than dreaming and building. The rocket along I-65 is a regular reminder to me which trail deserves my time, talent, and treasure.

Even though my old friend is retired, I remain hopeful.

On cold, clear nights this winter, my sons and I gaze at the stars and let our minds wander. Occasionally we’re treated to a quick glimpse of the International Space Station. We talk about the challenges of traversing the seemingly infinite void. You’re blown away by a discussion about absolute zero temperature.

Even after our talks, the wheels keep turning.

Where I might have looked in an encyclopedia, they turn to the likes of YouTuber Mark Rober to learn about physics, polymers, and sound waves. For my sons, the idea of ​​producing large amounts of clean energy isn’t a political issue, it’s just an interesting problem that they might be able to solve. If they’re capable of hurling chunks of metal into space, so be it.

“Dad, what do I need to study to find out?” is a common question in my house. Dreams justify the hard work and pain of failure that it takes to actually succeed. Our challenge is to inspire our children with what we achieve. It lets them know that dreams are not a waste of time.

Physically replacing a missile at a rest stop near the Tennessee border is not a challenge. The next generation, waking up from a nap on a road trip, needs a new monument of inspiration. It should be nothing short of the product of a big dream coming into view as our families travel along I-65.

Smith is a recovering political attorney with four boys, two dogs, a bearded dragon, and an extremely patient wife. Through the Triptych Foundation and Triptych Media, he is involved in the media, business and politics. Please direct outrage or approval [email protected] or @DCameronSmith on twitter.