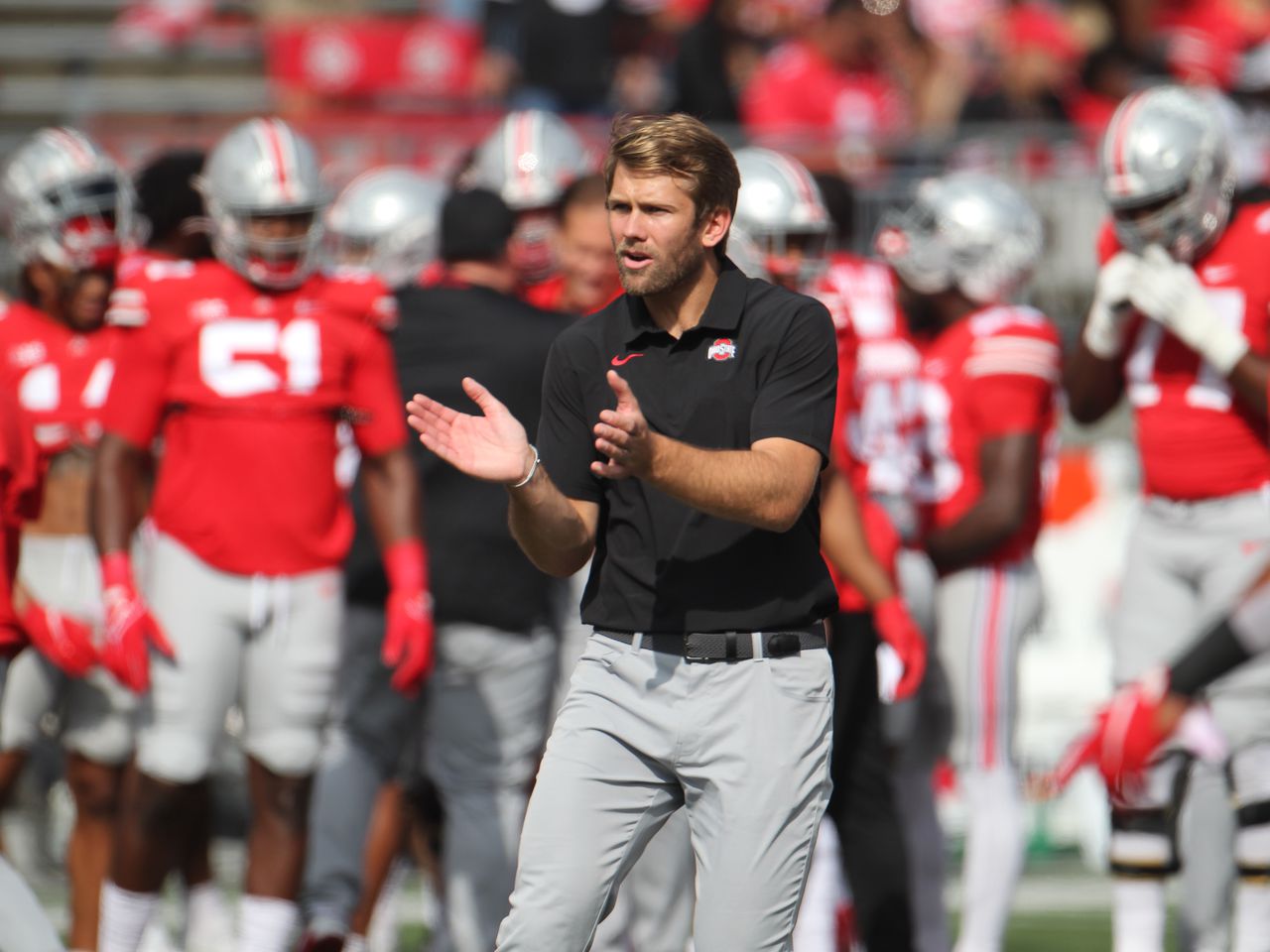 COLUMBUS, Ohio — Julian Sayin knows the importance of receiving an offer from the Ohio State football program, no matter the circumstances, when and how.

The nation’s No. 15 player and No. 2 quarterback were visited by OSU assistant Corey Dennis earlier this week to try to reestablish a relationship with some of the top field generals in the Class of 2024.

It’s the second time in as many months that the coaching staff are visiting Sayin in Carlsbad, California, in hopes they can change their minds about where he wants to spend his college years. This will take time and effort, with the understanding that everything can be in vain.

“He said they would come out of here and do their best to make a buckeye out of me,” Sayin told cleveland.com.

It’s a task that’s easier said than done. That’s partly because the Buckeyes are throwing their hat back in the ring for the 2024 quarterbacks, although that wasn’t the original plan.

The original plan was to build Dylan Raiola, the only quarterback rated higher than Sayin, once he was signed in the spring. But that only lasted six months before Raiola dropped the signing and sent them back to the drawing board, ready to leave no stone unturned.

The only problem is that the next best option is already committed elsewhere and has no plans to change that.

Sayin has been engaged at Alabama since November in the latest example of how the Crimson Tide has overhauled its offense over the past five years and opened the door for five-star quarterbacks to come to Tuscaloosa. That’s the only campus he plans to visit between now and Signing Day in 11 months. But he hasn’t entirely stopped communicating with other schools, more out of courtesy than because he has any real interest at the moment.

“Many schools still contact me, and I respond to their texts and calls out of respect for many of these coaches I formed relationships with during the recruitment process,” Sayin said. “You don’t want to turn down their messages because you never know where these coaches may go.”

Raiola’s de-signing forced Ohio State to spend time finding another quarterback again after thinking it already had one. The positive this time around is that it’s happening with a lot more time on the clock. Usually, finding this guy means flipping an already committed prospect, since quarterbacks typically commit earlier than other positions.

Doing this with Sayin would once again fall under that criteria. And this time, it won’t be like dumping a late-blooming Devin Brown from a USC program in shambles, or a Lincoln Kienholz from a Washington program that isn’t on the same level as OSU.

This time you have to take something from a colleague who has a habit of hitting you on the recruiting lane and later locking the door if you still don’t stop poking at it.

Ohio State is doing what it can to let Sayin know he’s a priority by catching up on a months-absent recruitment. OSU has made their intentions clear with multiple visits to see him. For now, he has made it clear that he is happy with his decision.

“Back when I signed Alabama, I did my due diligence,” Sayin said. “It was a very well thought out process. I didn’t really rush it.”

Should he ever decide to travel to Columbus this offseason for the first time since his freshman year of high school, his only legitimate chance is to steal the crown jewel of Nick Saban’s Class of 2024.

In the meantime, the Buckeyes will continue to work to replace what should be the crown jewel of their class. No option is left disabled. Sayin’s offer is proof of that.

“It’s an honor,” Sayin said. “It’s such an elite football program. The quarterbacks they had there and the level of play that they have. They always seem to have a really good quarterback, so it’s definitely an honor.”