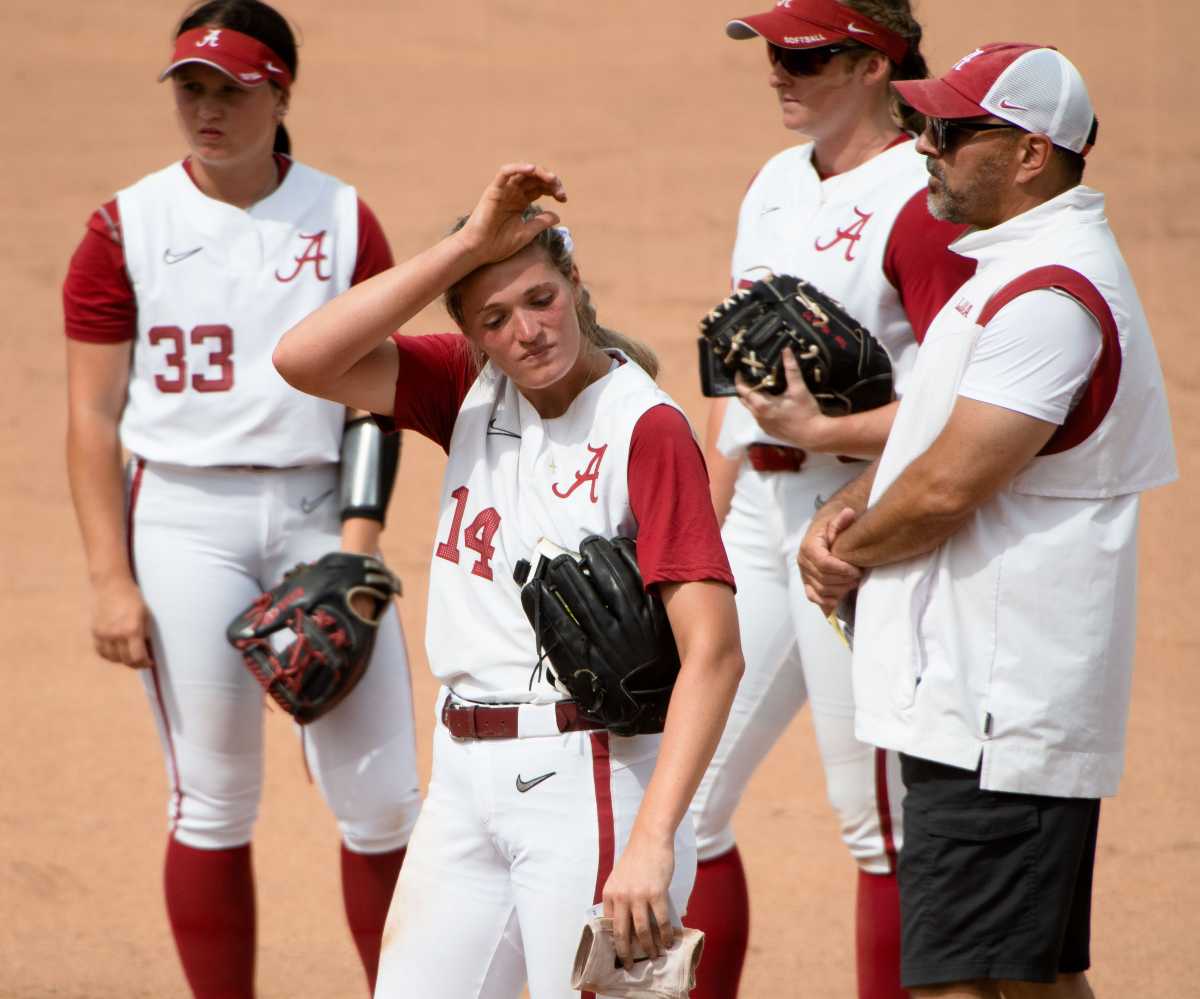 TUSCALOOSA, Ala. — When Stanford ruled out Alabama softball last May, it broke multiple streaks and ended the season early for the Crimson Tide by Alabama standards. And a packed offseason began for Alabama head coach Patrick Murphy and the program.

“It’s been a busy summer, but typical of a Division I coach — you just never know what’s coming around the corner,” Murphy told BamaCentral. “I guess I’d rather have it like this than a boring summer.”

And it was anything but a boring summer.

“You have to be happy where you are, period,” Murphy said. “And if you’re not happy, there’s an opportunity elsewhere. Go and be happy.”

Also within two days of the end of the season, Montana Fouts, Ally Shipman and Ashley Prange announced their intention to return for a fifth year. It was an easy decision for both Fouts and Shipman. Alabama’s star pitcher said there was no doubt what she would do.

“If Murph wanted me, I would be here,” Fouts told BamaCentral. “Just because he’s like a second dad to me and I love the program and I’m very passionate about what we’re doing here and what we’re about. He really means business when he says human over athlete. It says it in our clubhouse like I feel like we do what we preach so I respect that and am happy to be a part of it – blessed to be with us for another year.”

Over the summer, Alabama added a late addition to the 2022 signing class in outfielder Kristen White, and the Crimson Tide brought three players from the transfer portal in outfielder Faith Hensley, pitcher Lauren Esman and utility player Emma Broadfoot.

In July, Fouts represented the university and her country at the World Games in Birmingham, playing with former Alabama great Haylie McCleney and Team USA en route to a gold medal. Murphy was present at several games, including the gold medal matchup against Japan.

“Playing with USA is always a good opportunity because I can learn a lot from all these girls,” said Fouts. “Obviously they’ve been playing for a while. They’re the best in the game, so not only can we do softball stuff for them, we can do leadership stuff and put them on the team.”

Immediately after classes began in mid-August, Alabama experienced its first coaching change since 2012, when Stephanie VanBrakle Prothro took the job as Memphis’ head coach after 11 years as the Crimson Tide’s pitching coach. Everyone around the Alabama program was and is happy for Prothro and wish her every success with the Tigers.

A few weeks later, Lance McMahon became the new pitching coach after spending the last six seasons with Illinois and over a decade of Power Five experience. According to Murphy, all athletes love him and he finds exactly what each of Alabama’s four pitchers needs.

As the fall semester began, the team began training hard in the weight room under the guidance of strength coach Michelle Diltz.

“We all worked our butts off, even during all the fall practice,” Shipman said. “You could see the improvement from day one so far and the buy-in from everyone has been amazing. We work really well together. Everyone understands their role and their job.”

Murphy said he brought all of the softball staff together during the offseason to review each player individually for any concerns, ideas or issues. When it was Diltz’s turn, she just passed on one personal record after another set by the various athletes.

“Typically, as you get older, your ability to get better in the weight room diminishes,” Murphy said. “Montana had her personal best in the high jump, which she obviously worked hard on. That’s the key. That’s the most important thing of all.

That seemed to be an issue when he spoke to Fouts and Shipman. Fouts has been in the program longer than Shipman, who arrived from Tennessee last season, but both have been playing college softball for four years. You have seen and experienced different team dynamics.

But this offseason, Fouts is really liking what she’s seen from Team 27, even with three a day training sessions in January starting earlier than usual.

“I love this team – to be honest it’s been my favorite to be a part of so far,” said Fouts. “Everyone is so athletic. The buy-in is there. I look forward to seeing them at the games.”

As leaders on the team, both fifth-year students said it wasn’t hard to get the players used to the right mindset. With five newcomers and three changes, there are many new faces and personalities to balance out. A fall retreat for the team to Eutaw, Alabama, helped the players find common ground, according to Murphy.

Perhaps topping the off-season changes, Kenleigh Cahalan was reclassified from 2024 to the 2023 class to join the Crimson Tide this spring. And according to Fouts, Cahalan fits right in. And she’s not the only one.

“I give them credit,” Shipman said of the new players. “They did a great job showing us who they really are from day one. That makes it a lot easier for us if we can really get to know them early on. Now we all understand each other and what each one of us needs and how to push each other and when to love each other. So I think this personal relationship that we have helps us a lot.

All of that buy-in and focus has a common purpose: to bring Alabama back to Oklahoma City and the Women’s College World Series. Murphy said one phrase the team uses frequently at team meetings is “bring it to life.”

A video put together by the softball social media team on the first day of spring training showed Shipman saying, “The road to the Women’s College World Series begins now.”

Murphy never likes to talk about expectations, but said he’s fine if the girls bring it up themselves. He gave OKC the unspoken goal that once you’ve made it, you want to go back.

“I think being here in Alabama is not only the goal but also the expectation,” Shipman said of his return to WCWS. “That’s why we’re here. That’s why you come to Bama, to fight for the national title. And so we have this big goal in mind, but we’re also trying to do smaller goals day by day to get there. So that is always our focus, but day in and day out we focus on the little things because we know that is what will get us there in the end.”

With three of Alabama’s four fifth graders being transfers, Fouts is the only one who was at the WCWS. The Crimson Tide has completed semi-final runs in both 2019 and 2021. The coming season is the last chance for Fouts, Shipman, Prange and Hensley. However, it’s not just a goal for them, it’s a goal for Team 27 as a whole, and all players will be called upon at various points throughout the season to achieve it.

For the first time since 2010, the journey back to OKC begins at home. Alabama opens the season at Rhoads Stadium on February 12 with a doubleheader against Leigh and Georgia Southern.

In just a few short weeks, the proclaimed “best fans in college softball” will be crammed into Rhoads Stadium and the ball will be pitched. This crazy offseason comes to an end and the first chapter for Team 27 begins.

Outfielder Faith Hensley explains why she moved to Alabama

After Hours at a Buc-ee in Athens: The Refuge for an Emotionally Strained Team