Alabama football fans no longer have Pete Golding as their defensive coordinator.

He moved on to Ole Miss and Lane Kiffin, and freed Nick Saban to find a trainer to bring the Crimson Tide defense back to dominance.

Golding, 37, helped Alabama to three Southeastern Conference Championships (2018, 2020-21) and a College Football Playoff National Championship in 2020, but his style didn’t result in the tide having the respect factor on defense. Marvin Constant, a former All-SEC linebacker and 1999 Alabama SEC champion, provided a final assessment of Golding on Tuesday’s episode of The Bama Standard. Constant never saw Golding as a coach that players feared and wanted to run through a brick wall for. 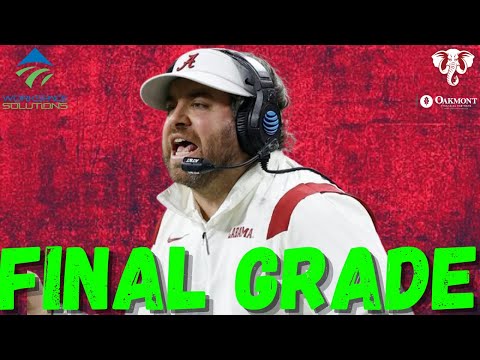 “When I first heard the news that Pete was leaving, the music from The Wizard of Oz started playing in my head,” Constant said of Golding. “When they started saying ‘The Wicked Witch is dead,’ and the Munchkins got excited, I felt the same way. I think: ‘We have a chance to get a real coach again.’ The excitement was real. The reality is how many careers has he ruined? How much money has it cost many of these young men? If we’ve had the No. 1 draft for a decade, we should have had multiple players on defense in the first round of the last three NFL drafts. That wasn’t the reality. So how many of these kids’ futures has he pissed down the toilet with his lack of coaching? I’ll call it what it is. They were often confused, out of place, the physicality wasn’t there and they were being dominated. When NFL scouts turned on this tape, it wasn’t good. I have several friends who coach and scout in the NFL, and out of them, Alabama’s film wasn’t good. I hate it for all these young men because it cost them money.”

Constant said he firmly believes Alabama is getting a “real defense coordinator.”

“These players need a coach who will give them what they need to be successful,” he said. “They haven’t gotten that with Pete Golding in the last three to four years. I am very happy that he is gone.”