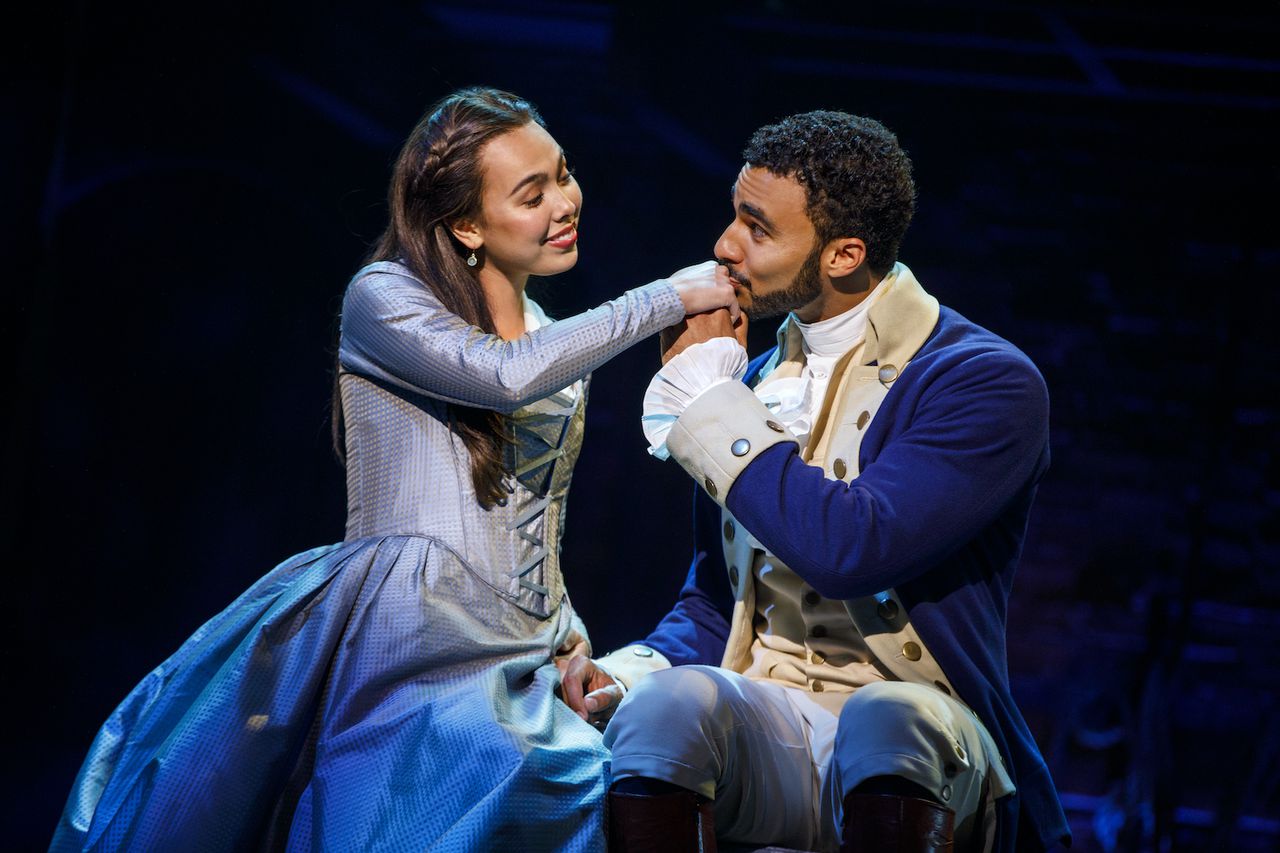 You have 16 chances to see a national touring production of “Hamilton” in Alabama. Don’t throw away your shot, theater buffs, if you want to catch a performance of Lin-Manuel Miranda’s Tony Award-winning musical during its performance in Birmingham.

Making a few plans will help you avoid frustration—with tickets, parking, and the like—if you venture downtown to the BJCC Concert Hall. Also, your enjoyment of the show can be increased by knowing some details about the musical, its creator, the songs, the story and more.

We’re here to help with all of that, and we’re providing a ‘Hamilton’ primer with practical info and background on the theatrical blockbuster. Here’s what you need to know before you go.

“Hamilton” will be performed by a national touring cast from January 24th to February 24th. 4 at the BJCC Concert Hall, which is part of the BJCC campus at 2100 Richard Arrington Jr. Blvd. North. The show presented here is part of the Broadway in Birmingham series presented by the American Theater Guild.

Here’s the full list of performance dates and times.

A limited number of $10 tickets to any performance of “Hamilton” are available through a digital lottery that began January 13. The lottery is closed for the first eight shows, Tuesday, January 24th through Sunday, January 29th. However, a second lottery remains open for performances during the second eight shows, Monday January 30th through Saturday February 4th. This lottery closes on Thursday, January 26 at 12 PM CT. To enter the lottery, download the “Hamilton” app, available through Apple’s App Store and Google Play. More details about the lottery can be found here.

The BJCC Concert Hall, which seats approximately 3,000 people, is located on 11th Avenue North, between 19th and 22nd Streets North. See the map below for context and locations of nearby parking lots and decks. (The parking fee for most of these is $20, according to the BJCC website.) There is also street parking, but you may have to walk a few blocks to the venue. The concert hall is marked as #2 on the map, between the BJCC Theater and the East Exhibit Hall.

Premier Parking passes at the BJCC Gold Lot, 2130 11th Ave, North are $30 through Ticketmaster. Some days were sold out when we checked Monday afternoon January 23rd while others are still on sale.

Doors open one hour before the show time stated on the tickets. The ticket office in the BJCC Concert Hall opens two hours before the start of the performance. Bring photo ID and the card used to purchase your tickets when collecting paper tickets from the Will Call window. The BJCC recommends putting mobile tickets in your Ticketmaster wallet for quicker on-site access.

HOW LONG YOU ARE THERE

According to the Theater Guild, performances of “Hamilton” last two hours and 45 minutes.

Stow those phones away

Taking photos and videos during the performances of “Hamilton” is not permitted.

Creator Miranda, who played the lead character on Broadway, is not performing on the national tour, and Birmingham audiences will not see actors from the original cast. Three different line-ups appear on “Hamilton” national tours; Each cast is named after a character on the show.

“The BJCC campus will host two sold out shows including one of our ‘Hamilton’ shows on Wednesday, January 25th,” reads the BJCC website. “We urge all participants to plan an early arrival to avoid expected long queues at all car parks and entrance doors. Allow extra time to go through security checks and purchase discounts and merchandise. Guests who are not in their seats at show time will be held outside the portal doors until an intermission in the show.” Parking lots open at 3 p.m. on Jan. 25, according to the BJCC website.

The BJCC has listed their security policies here, including prohibited items and search and screening policies.

The musical focuses on the life of founding father Alexander Hamilton, his career during the American Revolutionary War, and his political and philosophical feud with a rival and contemporary, Aaron Burr. The musical also chronicles Hamilton’s relationship with his wife, Elizabeth Schuyler Hamilton, and her sister, Angelica Schuyler Church.

“Hamilton” is based on Ron Chernow’s biography of the Founding Father, who was known for his intellectual ability and outspoken manner. Hamilton was a prolific and influential writer who wrote tracts on many subjects, helped draft the US Constitution, and served as first Secretary of the Treasury in George Washington’s cabinet. He was also the founder and chief architect of the American financial system.

NOTE: If Hamilton’s capsule bio sounds rather dry and musty, fret not. The musical “Hamilton” is known for bringing its story to life with a fast pace, catchy songs and colorful characters. There’s plenty of action and conflict, along with romance and tragedy.

Miranda’s groundbreaking score blends hip-hop with R&B, pop, soul and styles of traditional show tunes. Some of the most famous songs from the musical are “Alexander Hamilton” (the dramatic opening song), “My Shot” (a driving mission statement of the show’s hero), “Helpless” (Eliza Schulyer discovers her lover for the first time). , “What’d I Miss” (Thomas Jefferson rages after returning to the US from France), “The Schuyler Sisters” (an introduction to “ANGELICA! ELIZA! And Peggy”), “The Room Where It Happens” (Aaron Burr Burns with Ambition) and “Satisfied” (a bittersweet ballad about love, loss and loyalty).

“Hamilton” won 11 Tony Awards, a Grammy, a Pulitzer Prize and many other accolades. The musical debuted on Broadway in 2015 and continues to run at the Richard Rodgers Theater in New York.

A film version of Hamilton starring Miranda and the rest of the original Broadway cast is streaming on Disney+. If you’re preparing for a live performance or want to get a feel for the story and songs, this is a good place to start.

Did you know that “Hamilton” has at least two connections to our state? A Huntsville native, Michael Luwoye played the title role on Broadway and on a national tour from 2016 to 2019. (On November 16, 2016, Luwoye portrayed Hamilton at a matinee and took on the role of Aaron Burr for the evening show, all on the same day.) Also, Jordan Fisher from Birmingham took on the dual role of John Laurens/Philip Hamilton on Broadway in 2016-2017.