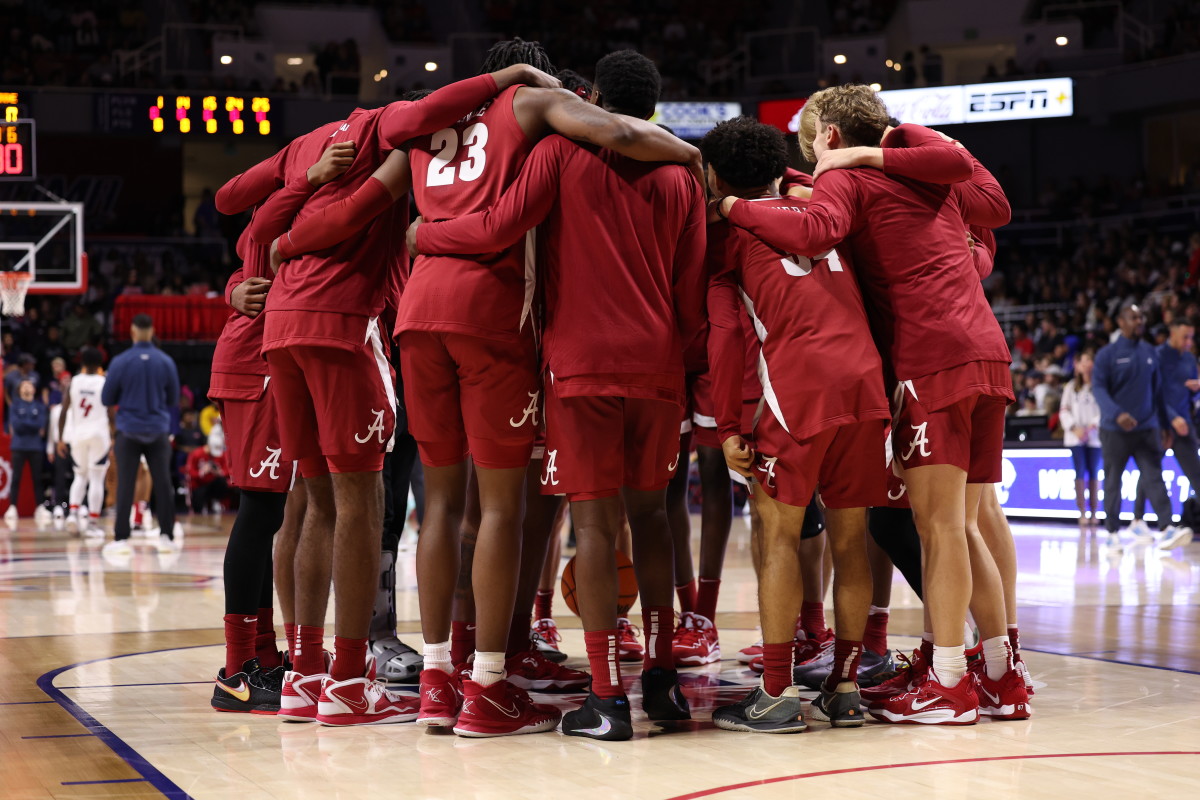 TUSCALOOSA, Ala. — Less than 12 hours after celebrating a lopsided 40-point win over LSU, tragic news swept Alabama basketball on Sunday morning when it was announced that junior forward Darius Miles had been charged with capital murder.

Miles, who is no longer affiliated with the Crimson Tide or the university as a whole, has been charged with the murder of 23-year-old woman Jamea Jonae Harris, who was in town over the weekend to visit her cousin and boyfriend. Miles, 21, was arrested along with Michael Lynn Davis, 20, of Maryland.

The charge is a capital murder under Alabama law for shooting a vehicle that contained Harris and another man. Harris is also the mother of a five-year-old son.

While UA released a statement Sunday afternoon, as did Alabama Athletics, Crimson Tide head coach Nate Oats made no public statement on the matter. However, on Monday afternoon, Oats met with reporters to discuss the incident.

Oats first offered his condolences to the Harris family and condemned the incident as a “pointless act” before going through his message to the team.

“It’s really a tragedy all around, but especially for Jamea and her family,” Oats said. “I wish we didn’t have to address this situation, but we have to pull ourselves together as a team at this point and be — you know, really there for one another.”

Oats then addressed the status of the team and how they handled the situation.

“You know, they were good,” Oats said. “There were a lot of hugs last night. I mean everyone understands the situation. But I mean everyone knows the services offered on campus and uses them through our sports medicine for situations like this.

“They will continue to need additional support in the future.”

Basketball from Alabama started the season with a 15-2 record and is perfect 5-0 in conference play. The team is currently playing in Vanderbilt Tuesday night (7:30 p.m. CT, SEC Network) and Oats confirmed the team’s intention to play the game as scheduled.

Oats also said that all available team will travel to Nashville and that the team will conduct full training on Monday before making the trip.

“It’s something you don’t go through often as a coach, but I think we have the services around the program to help us deal with the situation.”