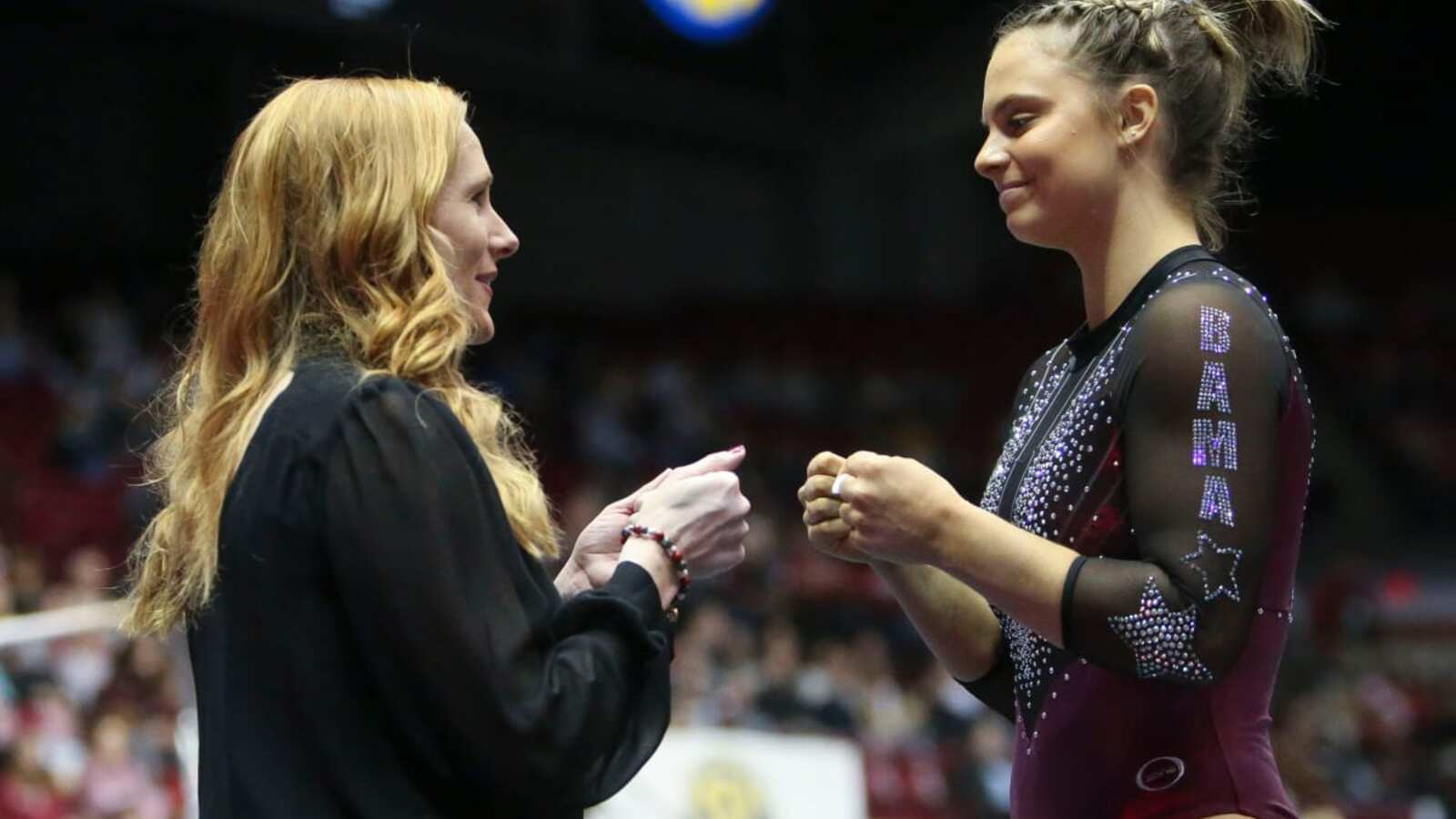 Coleman Coliseum was filled to the brim during the Alabama gymnastics competition against Florida.

With all the cheering, people and applause, pressure can be put on these athletes, but they don’t let it affect their performance.

“The crowd cheers us on,” said sophomore Lilly Hudson. “Pressure is a privilege and we love it.”

Although pressure can sometimes be a good thing, it can be scary when it’s happening in the moment. At the competition, Alabama had two falls to poles. Both Hudson and newcomer Gabby Gladieux agreed that although the falls happened, they knew they had each other’s backs.

The support lasted all night as they moved to beam and floor. The team didn’t seem to take the falls or the pressure on them.

“It’s easy for me to stay in the moment, trust my training and just know that I have 18 best friends who have my back,” Gladieux said. “And it also helps with the crowd. You can feel the energy. And I think that helped carry me tonight.”

Ashley Johnston, the new head coach, said that while falling back to back is difficult, it is a learning opportunity for the gymnasts. It taught her to keep the energy despite the mistakes.

“Growth is a philosophy for our team,” said Johnston.

There has been a lot of growth throughout the competition and Hudson believes they handled the pressure well, recognizing that they are human and not perfect. Even though they lost to Florida, they won so many other things.

To overcome the pressure, Johnston added they were given tools to do their best. That’s achieved when gymnasts can negotiate bumps in the road and instead look at the big picture because “it’s a marathon, not a sprint.”

This was evident in the fact that their bar and floor scores were the highest they had achieved this season. Hudson said she’s happy to have her teammates by her side when the pressure mounts.

“I’m so proud of this team,” Hudson said after the meeting.

Along with Hudson, the crowd also seemed proud of the team. There was so much energy in the stands. In fact, the student section was busy. All the cheering and support meant a lot to Johnston and the team.

When it comes to overcoming pressure, there are also physical rather than mental techniques that can help prepare gymnasts for stuck landings; Every collegiate gymnast strives for a solid landing, and there’s always a lot of pressure to achieve a solid landing.

Johnston said air awareness and spotting landings are key to a good finish. It’s also important for gymnasts to maintain their confidence even after having a rocky warm-up.

“I think this meeting will help us get better,” Johnston said.

The team strives for resilience and this competition has raised the bar for progression due to her comeback from the two falls on poles.

While others may have high expectations of gymnasts and they may feel pressured, staying in the moment and supporting one another allows them to prevail.

Nate Oats: Alabama G Nimari Burnett could return as soon as next week