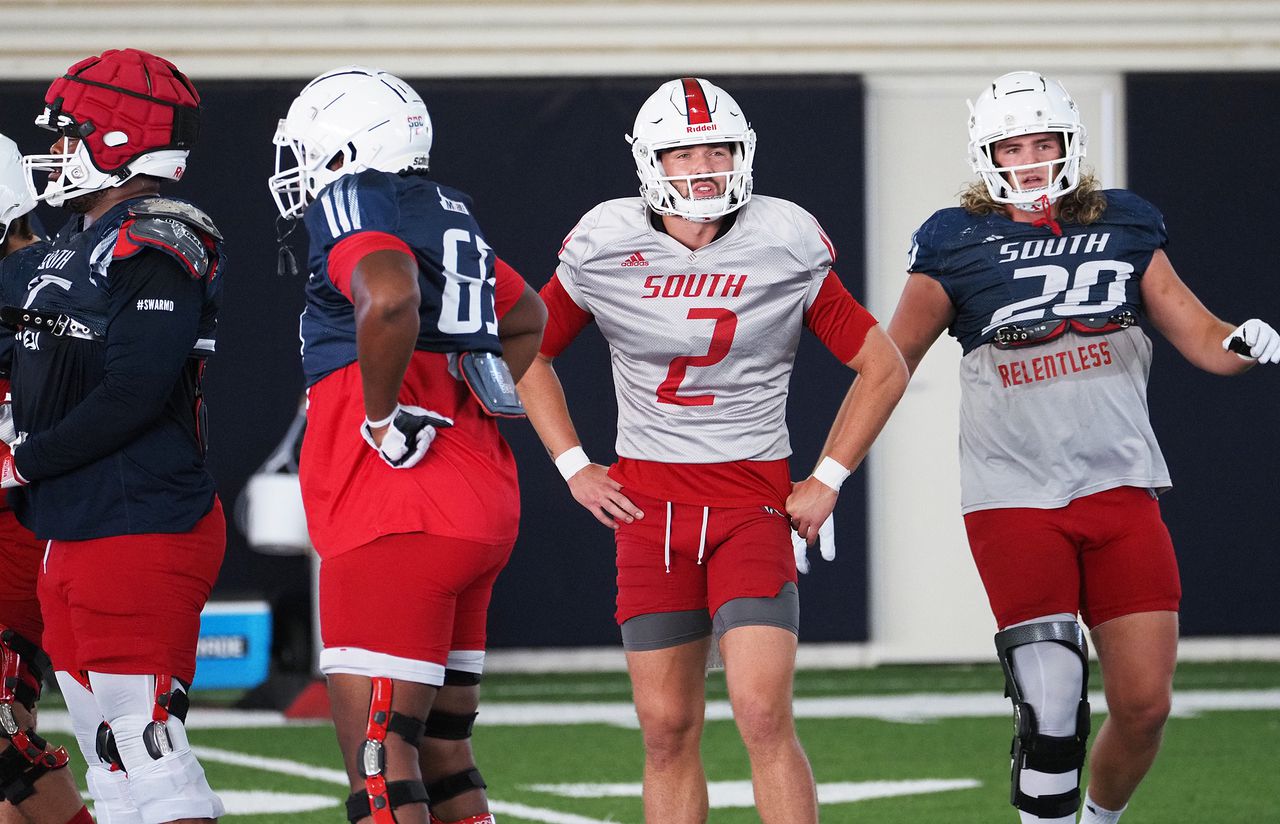 TV: None (Streaming via ESPN+)

THIS GAME WILL DETERMINE: If South Alabama can record its first five-game winning streak since becoming a full FBS program in 2012.

THREE THINGS TO LOOK FOR

1. Will we see Webb, McReynolds, or both?

South Alabama’s running game wasn’t really lacking last week without leading rusher La’Damian Webb, who sat out the Southern Miss game with a foot/ankle injury. Freshman Braylon McReynolds was a good backup, rushing for 100 yards and catching three passes for 66 more. Webb could play on Saturday, but when he doesn’t, McReynolds has shown he can get the job done.

South Alabama quarterback Carter Bradley played the second half against Southern Miss in great pain after injuring his left (non-shooting) shoulder in the second quarter. Such injuries sometimes ignite rest, so it’s possible Bradley is feeling worse now than he did last Saturday. If he can’t go, Desmond Trotter would get the nod. He directed a field goal drive while Bradley was temporarily sidelined last week.

3. Which Old Dominion team will appear?

The Monarchs have been elusive this season, beating ACC opponents Virginia Tech and inflicting their only loss of the season on Sun Belt Power Coastal Carolina despite a 3-8 aggregate record. ODU has lost five straight games since defeating the Chanticleers, four of them by double digits. It’s unclear how motivated the Monarchs are at this point, but they’re certainly capable of beating the Jaguars if they’re at their best.

South Alabama Offensive Line vs. Old Dominion Defensive Line: One thing the Monarchs are doing pretty well is reaching quarterback, as their 31 team sacks rank fourth in the Sun Belt. The Jaguars have had protection issues at times and will need to keep Bradley (or Trotter) upright and clean to execute their game plan.

168 – Tackles this season from Old Dominion linebacker Jason Henderson, a total that leads the nation by 35 over its nearest competitor.