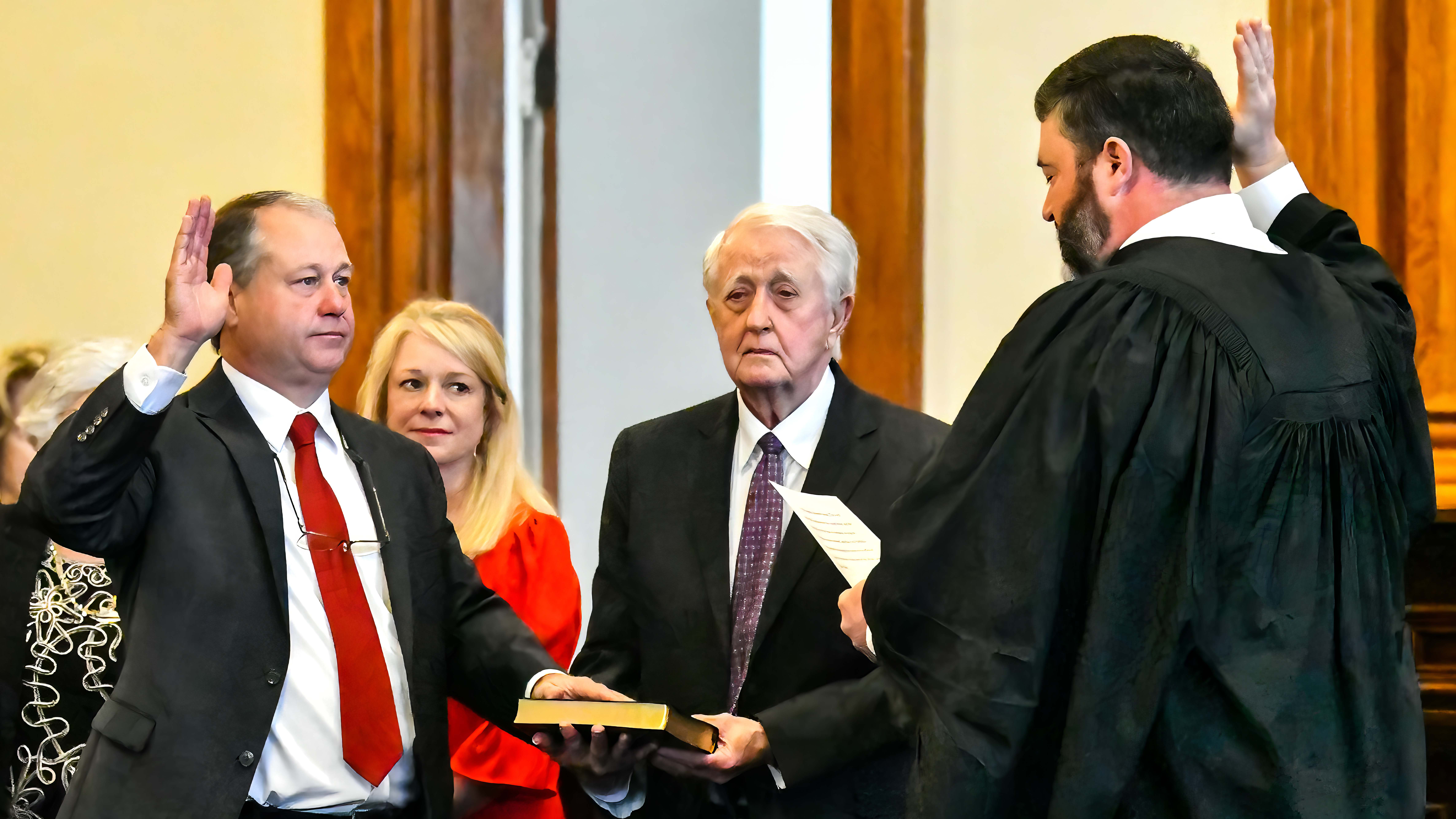 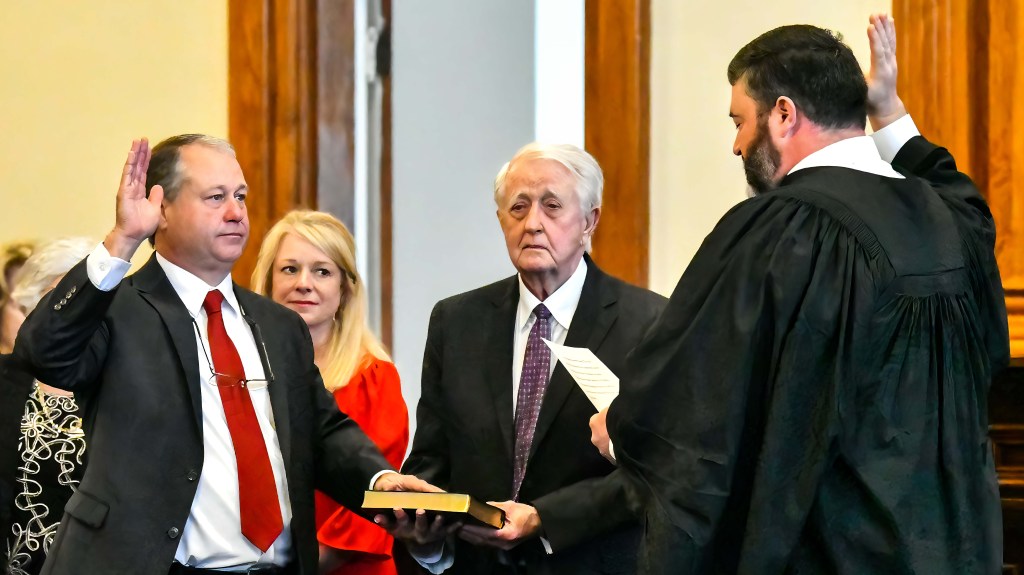 Upstairs in the old courtroom of the Chambers County Courthouse, a full house was packed Tuesday to witness the inauguration of Mike Segrest as the new District Attorney for Alabama’s 5th Circuit.

Segrest defeated incumbent Jeremy Duerr in the May 24, 2022 Republican primary without opposition in the November 8 general election and officially took office Tuesday morning. Segrest wasted little time getting to the point, as he attended the grand jury trials that took place immediately after his inauguration.

Circuit Court Judge Isaac Whorton presided over the swearing-in. Mike took his oath of office with his father, former Fifth Circuit Court Judge Dale Segrest, holding the Bible he gave Mike while his wife Traci and family looked on. Mike thanked his family in attendance for their support throughout his campaign.

“There are several people that I feel like I need to recognize,” Mike said. “My family comes first. I have to thank them because when you run for election, your family comes with you and everything you have to go through and all the ups and downs, they have to go through it with you. Thank you all for walking this journey with me.”

Mike said he knows some of the difficult decisions that come with being a district attorney and is willing to make those decisions.

“I know I’m going to face some tough decisions in this job,” Mike told the gallery. “I know that some people will not always agree with these decisions. Decisions like carrying out the death penalty in a capital city [murder] Fall, these are tough decisions that I am willing to make.”

Mike also promised to base those decisions on his beliefs and not his political views.

“The promise I’m making to you today is that every decision I make will be based on my faith, based on what I believe is right,” he said. “It will not be based on political trade winds. If I’m never re-elected, I’ll be quite content to find out what the Lord has in store for me next.”

During his campaign, Segrest expressed his concerns about the current state of the justice system. There is a highly documented backlog of criminal cases awaiting trial, and with new cases opening daily, Segrest plans to tackle that backlog.

“Justice delayed is justice denied,” Segrest wrote on his website. “I am committed to addressing this issue while firmly upholding the rule of law and holding everyone involved accountable.”

A graduate of Tallassee High School, Segrest received his bachelor’s degree from Faulkner University and his law degree from Birmingham School Law.