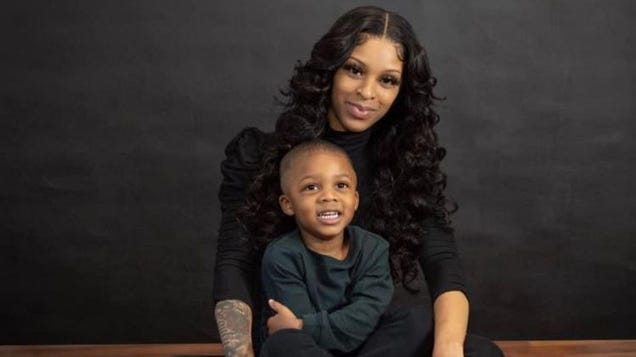 University of Alabama basketball player Darius Miles was arrested Sunday and charged with the murder of a 23-year-old black woman. While the murder itself is a horrifying act, the alleged reason she was killed is just as sad.

DeCarla Cotton, the mother of slain Jamea Jonae Harris, wrote on Facebook that her 23-year-old daughter was killed because she didn’t want to speak to Miles. In a post by WBRC TV, Cotton commented, “Took my baby’s life because she wouldn’t talk to him!!!!”

Along with Miles, 20-year-old Michael Lynn Davis was also charged with capital murder in the shooting. Davis is not affiliated with the University of Alabama or its basketball team. Both are being held without attachment, according to the Tuscaloosa Violent Crimes Unit.

The shooting happened early Sunday morning while Harris was visiting her boyfriend in Tuscaloosa, Alabama, where the university is located. After CNN, The two stopped to eat at The Strip, a cluster of restaurants and shops near campus, when Harris was approached by a man who began flirting with her. Harris denied the advances.

As Harris and her boyfriend tried to leave, a man walked over to the car and started shooting inside the car, resulting in Harris’ death. Her friend returned fire in self-defense and hit one of the suspects.

The University of Alabama Athletics Department said in a statement following Miles’ arrest: “We have been made aware of the recent indictment against student athlete Darius Miles; He was removed from campus and is no longer a member of the Alabama men’s basketball team.

It should come as no surprise that Harris’ family is devastated by her death and is doing their best to remember her as she lived her life. Cotton, Harris’ mother, told AL.com, “She was a beautiful young woman who loved her family and especially her 5-year-old son, Kaine.”

She continued, “She was just trying to enjoy her weekend with her cousin, who attends University of Alabama, and her boyfriend.”

Kennedi Henderson, Harris’ first cousin, told AL.com, “She was a humble soul, and she was always a happy soul.”

A GoFundMe was started by Cotton to support her in caring for Harris’ young son, Kaine. The fundraiser said: “She leaves behind a five-year-old son who will never know how beautiful his mother was inside and out. She had a heart of gold and was loved by everyone.”

More from The Root