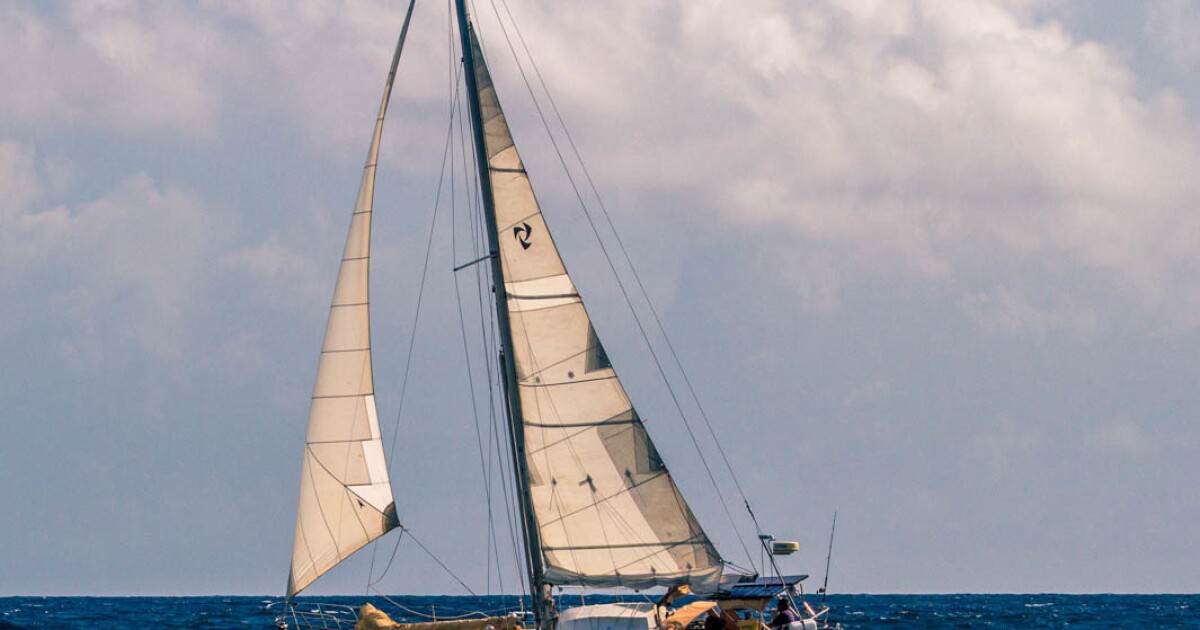 There is another universe not far from land.

It is free from buildings, trees, cars, cell phones and the internet. Seemingly limitless water stretches uninterruptedly in all directions.

You don’t have to travel far to discover this other cosmos. At 10 miles offshore you are already there. At 100 miles, on a course off the shipping lanes (roughly a full day’s sailing in a small boat), the effect is complete: Civilization is retreating, along with every sign of humanity.

Most of us will never get this close to the isolation of space. And that’s why I’m really interested in sailing.

I grew up with boats. My father liked to build them. The pride of his flotilla was not a sailboat, but a small “motor cruiser,” Talisman, which he designed and built before I was born. My older sister and I were put in a car almost every summer weekend well into my late teens to make the drive from northeast Indiana to the south shore of Lake Erie in Ohio, where Talisman waited patiently all week, gently tugging at the docks .

However, I have always been more intrigued by wind-powered vessels than vessels that rely primarily on mechanical propulsion. As a child, I devoured the adventures of Robin Lee Graham, the teenage solo circumnavigator, in the pages of National Geographic and later in Graham’s book: Dove. However, I only started sailing seriously about 20 years ago, well into my adulthood.

I quickly learned (and still master) the art and physics of “trimming” the sails, which often requires tiny adjustments that result in tiny gains in speed that can nonetheless save hours or even days on longer passages.

I’ve done fair and foul weather voyages on my own and friends’ boats, ranging from day sailing near shore to blue water passages.

Eventually I became a US Coast Guard licensed captain.

Still, I made a lot of mistakes. While living in Asia, a sailing buddy and I made our way across the South China Sea to Thailand only to be hit by a late-season typhoon, forcing us to land in Vietnam, rocked, mastless and glad to be alive .

However, I also learned the essentials along the way – navigation and how to maintain a cruising boat’s complex systems such as rigging, electrical, plumbing and, yes, the engine.

Years later, my wife and I were living aboard our 37-foot cutter Symbiosis while saving enough to take a two-year sabbatical from work to travel down the US Atlantic coast and through the Bahamas and Caribbean. We visited many places that never see cruise ships or planes and that are almost impossible to get to other than at the helm of a small boat.

Away from shore it is the sole responsibility of the skipper and crew to keep the water out, the people in, the boat on course and everything going. The corollary of independence makes isolation all the more glorious.

As much as that appeals to me, the company of other cruising sailors also appeals to me. We remain close to many we have met on our travels, particularly in the Caribbean, and many who have helped and helped us along the way. Regardless of our background, we understand the same triumphs and dangers and share many common experiences – the perfect sail, the rough passage, the close encounter with a rocky shore, the flocks of rampaging dolphins.

But boats are expensive and time consuming. After returning from the Caribbean a few years ago we decided to sell Symbiosis and instead decided to just sail ‘other people’s boats’.

It didn’t last. A few months ago we found a good deal on a smaller boat – easier to maintain but still suitable for some offshore excursions.

I think we call it Talisman.

Scott Neuman is a reporter for NPR’s digital news team. What are you really into? Fill out this form or leave us a voice note at 1-800-329-4273 and a portion of your submission may be featured online or on the radio.