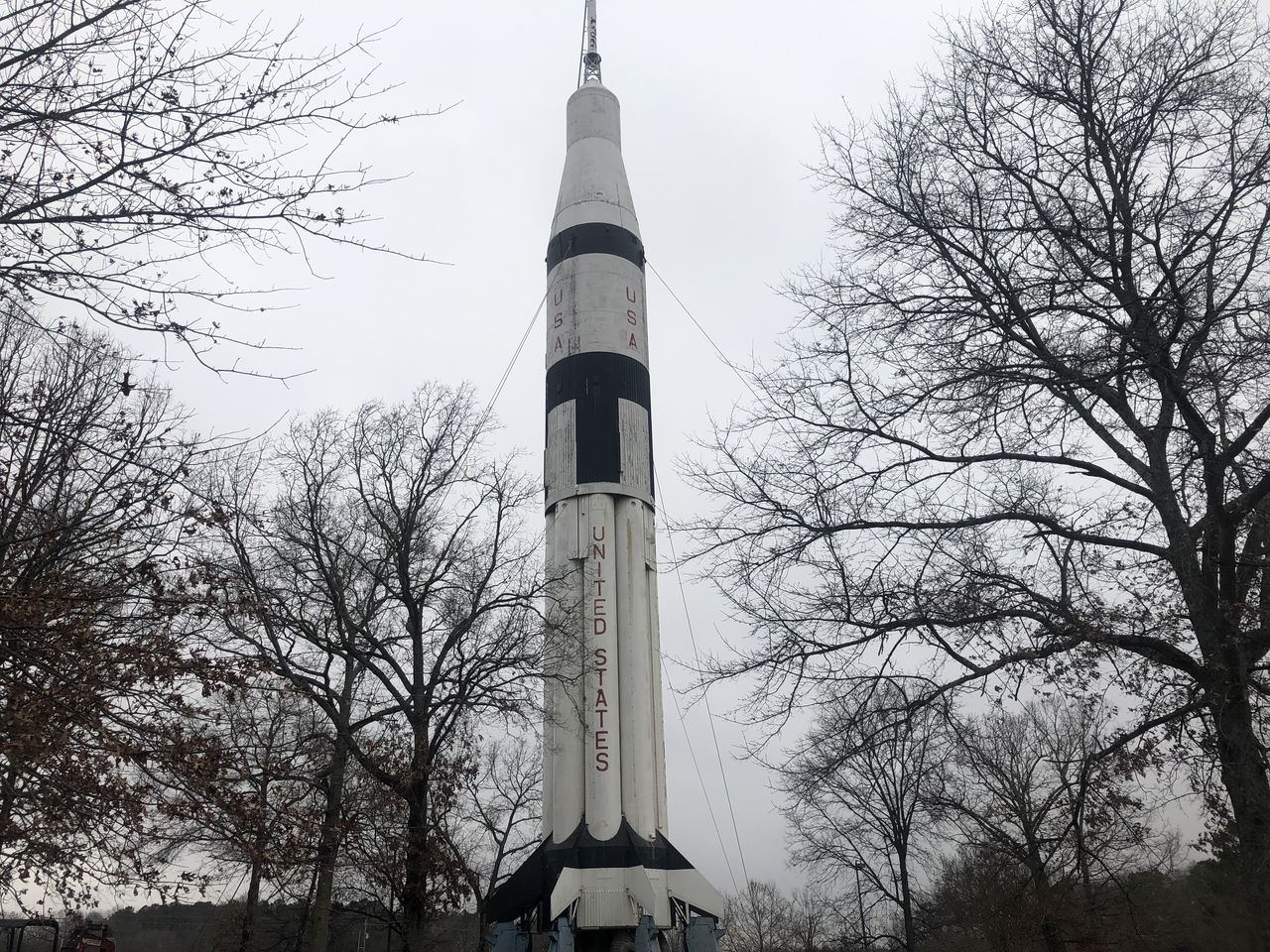 The NASA rest station rocket, which has welcomed people entering Alabama from Tennessee on Interstate 65 for more than four decades, is rusting and needs to be replaced, and that welcome center has already closed, the state’s tourism director said.

“The fact that it’s been up there for (that many) years is pretty amazing,” said Lee Sentell, director of the Alabama Department of Tourism.

The rocket has been in service for about 44 years. The Welcome Center opened in 1977. In 1979, the US Space and Rocket Center donated the Saturn 1B rocket, 50 meters tall and 7 meters in diameter, symbolizing Huntsville’s role in the space program. The rocket was painted in 2006 and further maintenance was carried out from 2014, but since then it has steadily deteriorated.

“It started falling apart,” Sentell said. “We’ve had complaints about this for years.”

The Saturn 1B was one of three Saturn rockets developed in Huntsville. More powerful than the earlier Saturn 1, it was designed for orbital training missions with both the Apollo spacecraft and the lunar model.

NASA ordered the completion of 12 Saturn 1B rockets, but only nine were launched to support the Apollo, Skylab, and Apollo/Soyuz Test Project missions.

The rusting rocket is still standing, but not for much longer. When it comes down, it will be like the state has lost a dear and trusted old friend.

“People when they see it go, ‘Oh, we’re almost in Alabama,'” Sentell said. For the Alabamaans going north, this symbolized leaving their homeland. For Midwesterners heading to the Gulf Coast, it was a milestone on the way to the beach.

Sentell was previously the first director of marketing at the US Space and Rocket Center in Huntsville and recruited the first 100,000 students for Space Camp, so he is particularly aware of the emotional impact the rocket had on the psyche of Alabama residents and visitors.

“We’ve been waiting because this particular welcome center has been in need of replacement for about 10 years,” Sentell said. “You have to clean that up, tear it down.”

Recovering the rocket could be too expensive and impractical, Sentell said.

“Just taking it down, cleaning it and putting it back up, that’s a million dollars,” he said.

It also might not be the best idea, he said.

“It’s time to get started,” Sentell said. “It should never take that long.”

He hopes Huntsville can offer a new icon for the future, illustrating NASA’s plan to return to the moon and eventually go to Mars.

“What Huntsville needs to market is the next big project that goes back to the moon instead of people saying nothing ever changes,” Sentell said. “Really do it. What Huntsville is going through now is a tremendous achievement and a reinvention.”

Sentell would like to see something that symbolizes that.

“I think we can do the same thing with a current project so that we’re still selling the idea of ​​what’s happening at the Marshall Space Flight Center,” Sentell said. “I’m in favor of creating something sustainable.”

The project needs important input from NASA, he said.

“There’s a discussion going on at the Marshall Space Flight Center,” Sentell said. “He decides what goes there.”

Meanwhile, those coming south into Alabama on Interstate 65 will have to drive past the rocket in search of a welcome center and wait a few extra miles.

“It’s already been moved to Highway 31 in Athens,” Sentell said.

See also: UAB grad is one of the women leading NASA back to the moon and on to Mars

Alabama’s civil rights path gets national publicity in the Smithsonian