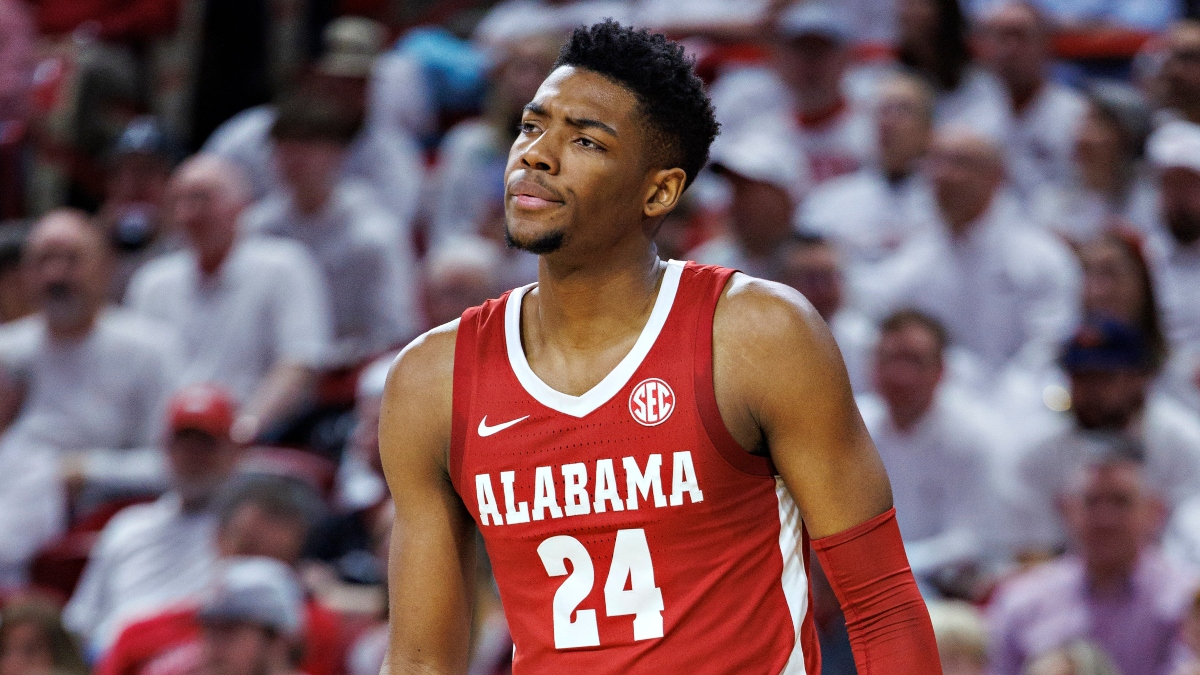 On the third Thursday of January, it’s officially two months until the start of the NCAA tournament.

Teams are firmly in the conferencing game and there is much more meaningful data to sift through. Resumes are created for teams that may end up in the bubble as well as teams battling for #1 in the top tier.

There are a few teams that have what it takes to bring down the nets in Houston, and one team that you might want to stay away from.

With that in mind, let’s take another look at the national cover photo.

Last year I thought Alabama was worth a flyer as a longshot contender to win the national title. It proved capable of beating everyone with victories over Gonzaga, Baylor, Houston, Tennessee and LSU.

It also proved capable of losing to anyone, finishing the NCAA tournament 19-14 and being eliminated from the NCAA tournament with a first-round loss to Notre Dame. This season, Alabama has once again shown its positive side with victories against current No. 1 Houston, Memphis, Michigan State and Kentucky.

This season, however, cutting the nets is much more viable. It starts on the defensive. Last season, Alabama ranked 92nd in adjusted defensive efficiency. This year it ranks sixth.

Alabama has one of the longest frontcourts in the country with 6-foot-9 Brandon Miller, 6-foot-10 Noah Gurley and 7-foot Charles Bediako.

When the tide stops, it fuels their offense and allows them to get out and run. Alabama plays at the third fastest pace in the country, but it’s also efficient.

Bama ranks 12th in adjusted offensive efficiency, and while it was 16th last year, it shot just 30% from 3-point land.

This year the Crimson Tide has hit as much as 35% this year and Miller is a big reason for that.

The sweet newcomer hits 46% from beyond the arc and is averaging 20.1 points and 8.3 rebounds per game this season. Ohio transfer Mark Sears averages 14.5 points and shoots 40% from deep.

Placing in the top 20 for both adjusted offense and defensive efficiency puts Alabama in the profile of a typical national champion.

It also has a trainer who can take it there.

Head Coach Nate Oats is a rising star in the coaching industry—if he’s not already a star. In fact, Oats brought Alabama to the Sweet 16 for the first time since 2004 back in 2021.

The Crimson Tide have never made the Final Four. However, if they maintain that level of play, Nick Saban may not be the only head coach bringing national titles back to Tuscaloosa.

It brought back the core of that team with guards Caleb Love and RJ Davis, forward Leaky Black and center Armando Bacot. It also brought up Northwestern’s Pete Nance to replace Brady Manek.

The Tar Heels started the season as the #1 preseason team at +800 to go on to win the national title on Caesars that season.

As a UNC fan, this confused me personally. Why you might ask?

North Carolina’s run last March may have made some forget that it lost nine games in the regular season. Sure, seasoned teams with tournament experience tend to take a leap, but as the season started I wondered what version of UNC we were going to get.

As far as the version from the last regular season. North Carolina is 13-6 overall and only 1-4 from Chapel Hill.

However, talent was never the problem. The Tar Heels are just maddeningly inconsistent.

No player embodies that more than love. The junior guard shoots ill-advised at times, and he shoots only 38.5% from field and 27.1% from 3-point range.

However, when things get hot he can wear UNC for stretches that can last games – like last March. Love averaged 18.8 points in UNC’s six tournament games and scored 23 or more points in three games while hitting multiple time and clutch buckets against UCLA and Duke.

With such a player proving he can carry his team in March, UNC suddenly looks a lot more attractive at +4500.

The Tar Heels boast another big shotmaker in Davis, who is averaging 16.3 points per game alongside Love this season.

However, the key for UNC will be keeping Bacot healthy and engaged. The senior center is averaging 17.6 points and 11.2 rebounds and is a nighttime double-double threat.

However, it is third in the ACC in conference games and finished last season in 35th place. The more freshman guard Seth Trimble plays, the more UNC will climb in that area.

However, UNC ranks 18th in adjusted offensive efficiency. That will carry it if there is another drop in March.

While the heels may not reach Collinsworth’s threshold, that seems quite a value for a reigning national finalist with much of the same team.

After back-to-back Elite Eight appearances, expectations were high this season in Fayetteville.

Arkansas brought back Vomte Davis as a key figure from last year’s team while also reeling in the nation’s No. 2 recruiting bracket, which included five-star Nick Smith Jr., Anthony Black and Jordan Walsh.

Despite all the talent the Razorbacks brought in, they haven’t played much together.

Brazile emerged as an NBA prospect but only played nine games before tearing an ACL. Smith missed time to start the year with a right knee injury and has only played five games this season. Now he’s out with a knee injury.

Arkansas is 12-6 but only 1-5 in the SEC game after suffering another tough loss in Missouri last night. In fact, Arkansas has had its worst conference start since joining the SEC in 1991.

Despite the slow start in conference play, I’m not worried about the Razorbacks making the NCAA tournament just yet.

Four of Arkansas’ five conference losses arrived by road, and the other went to Alabama. It will have a chance to string together some wins along with three of its next four at home.

However, Arkansas needs Smith back in the lineup if it is to be a viable national title contender. In the three full games he played this season, Smith has averaged 19.7 points.

He’s expected to be re-evaluated in February, but there’s also speculation that Smith’s razorback career is already over.

Let’s say Smith comes back. Then the question arises when.

Bringing a volume scorer like him back into the roster will take time for everyone to feel comfortable in their roles. If he returns in the last week of February, that will be a week before the SEC tournament and two weeks before the NCAA tournament.

Until then, it will be difficult for Arkansas to establish continuity. Also, if the Hogs don’t pick things up soon, they will try to play their way out of the bubble.

But is there any real value in not being able to develop continuity as a team?