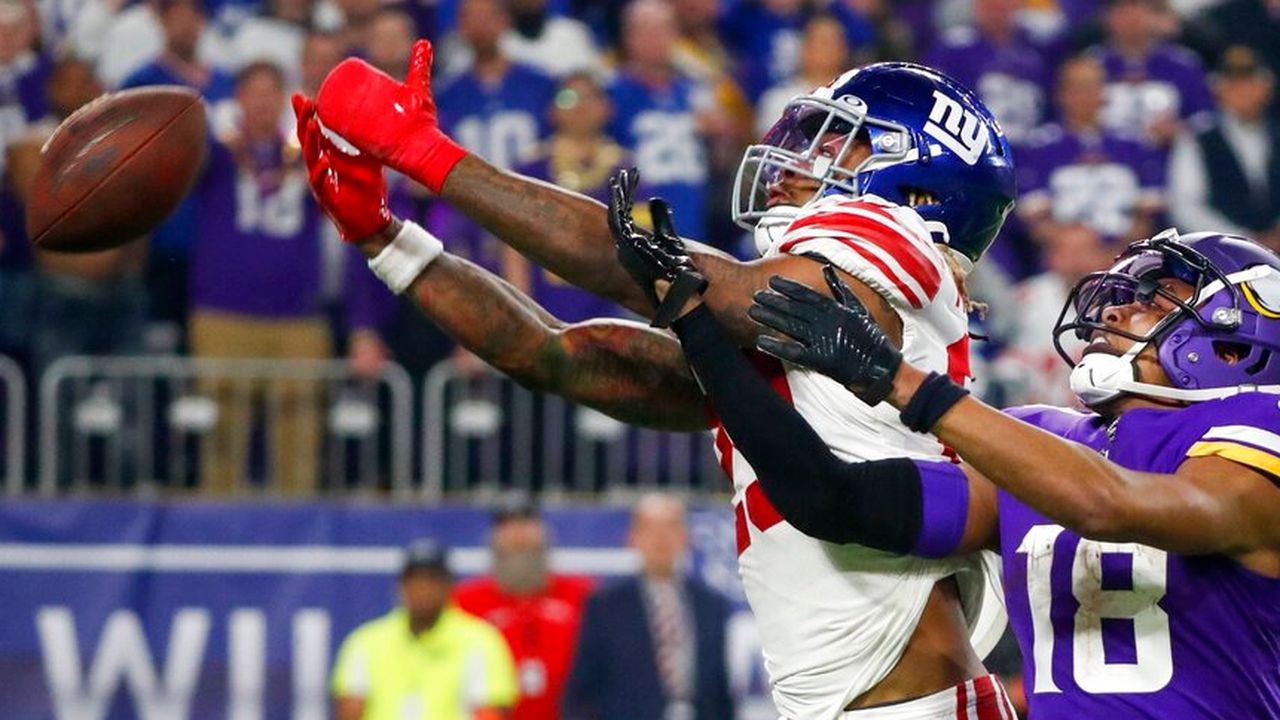 In the fourth game of the NFL playoffs this season, Minnesota became the first high-ranked team to lose as the No. 6 New York Giants defeated the No. 3 Vikings 31-24 in a super wild card weekend on Sunday.

· JAGUARS COME ALL THE WAY BACK ON CHARGERS

Hockenson had 10 receptions for 129 yards on Sunday.

“I knew it was the fourth deficit and I knew we had to play a game,” McKinney said. “I knew we (Minnesota wide receiver Justin Jefferson) had doubled down and I knew I had a job and that was to get a stop and I did that. We emerged victorious.”

The New York defense secured the touchdown lead after running back Saquon Barkley’s second run broke a 24-24 tie with 7:47 left.

By Barkley’s 2-yard touchdown carry, all yards in the Giants’ 12-play, 75-yard drive had come on passes and runs from quarterback Daniels Jones and two Minnesota penalties.

Jones completed 24 of 35 passes for 301 yards with two touchdowns and no interceptions, and rushed for 78 yards on 17 carries. Jones became the first player in NFL postseason history with at least 300 passing yards, two TD passes, and 70 rushing yards in a game.

Eight players from Alabama high schools and colleges took the field during the game between New York and Minnesota:

· Giants inside linebacker Landon Collins (Alabama) made a tackle.

· Giants offensive tackle Korey Cunningham (Montevallo) is on the practice team and not eligible to play.

· Xavier McKinney (Alabama) started safely for the Giants. McKinney led New York with eight tackles and broke a pass in his second game after missing seven weeks with broken fingers.

· Vikings quarterback Nick Mullens (Spain Park) dressed but did not play in the game.

· Evan Neal (Alabama) started on offense right for the Giants.

· Giants cornerback Aaron Robinson (Alabama) is on injured reserve and ineligible to play.

· Darius Slayton (Auburn) started at wide receiver for the Giants. Slayton caught four passes for 88 yards and had a 3-yard run. Slayton had New York’s longest play from scrimmage with a 47-yard reception to start the Giants’ second shot on target in the first quarter.

· Vikings tight end Irv Smith Jr. (Alabama) caught a 3-yard touchdown pass in the third quarter with 7:46 left as Minnesota, 24:14 behind, started their rally. Smith played in his second game after returning from a nine-game absence caused by an ankle injury.

· Za’Darius Smith (Greenville) started as an outside linebacker for the Vikings. Smith made three tackles and recorded one tackle for the loss.

· Dalvin Tomlinson (Alabama) started on defensive end for the Vikings. Tomlinson made four tackles and recorded one tackle for the loss.

Slayton had the opportunity to practically put the game down, but he dropped a third pass with 3:03 left.

“I said, ‘Cheer up. They made a lot of good games for us,'” Daboll said of his side chat with Slayton. “That could have gone a long way – at least a first down.

“He’s such a good teammate. He’s done everything for us all year and, you know, when you make a physical mistake, that’s what happens in football. And he made one at a critical time, and there’s no one worse off than him. We need him. He’s one of our best players on offense. I have great faith in him and I just told him to lift his chin up. We’ll need him when we get back out there. Let’s get ready.”

Minnesota won the NFC North with a 13-4 record, including a 27-24 win on Dec. 24 against the Giants, who went 9-7-1 and settled into the postseason as the No. 2 wildcard team in the NFC qualified.