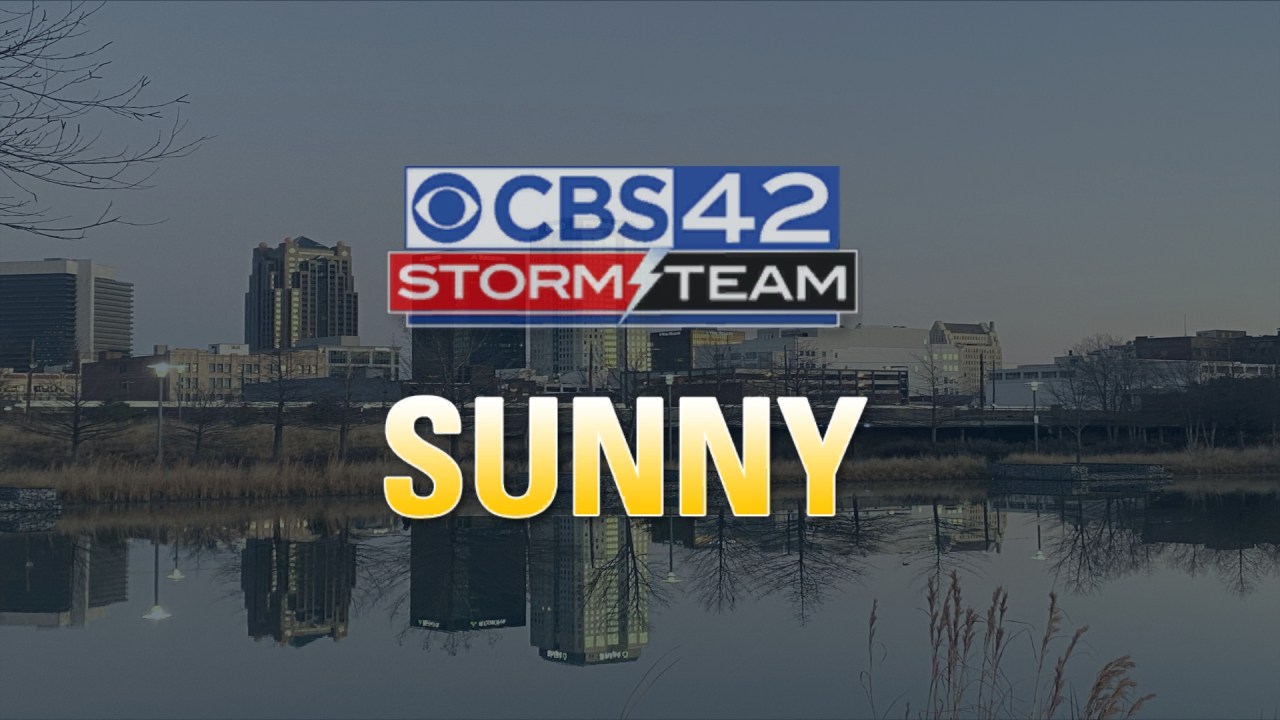 The rain will stop this morning and we will slowly reduce the clouds. It’s getting colder with temperatures in the 30’s. Bundle up!

Sunshine returns today with some clouds as an anticyclone moves across Alabama. It’s getting colder with high temperatures in the upper 40’s.

The weather will change on Tuesday. A strong cold front is moving towards Alabama. Before that we will be mostly sunny, windy and cold with temperatures in the 50’s in the afternoon. A warm front will rise from the coast later in the evening and this will bring temperatures into the mid to high 50’s and dew points into the 50’s as well. Luckily, this isn’t warm enough to make the air in central Alabama unstable. The most unstable air will remain along and south of US 80 and I-85 in Montgomery.

At the same time, a very strong low-altitude jet stream will move in from the southwest as an area of ​​low pressure moves toward Tennessee. This will make it quite windy before a series of rain and thunderstorms in the afternoon. This will fuel the storms and create strong wind shear. Wind gusts before rain/storms could be around 40+ miles per hour. Some power outages are possible.

SPC has classified much of Central Alabama as marginal risk at Level 1/5. There is a 2/5 and 3/5 risk south of the view range or in the southern half of Alabama. Here are the best chances for storms.

The line of strong storms will move across Central Alabama after midnight and continue through sunrise. The main threat will be gusty winds in excess of 80km/h and brief periods of heavy rain in the Birmingham area. South Alabama has a better chance of damaging winds over 60mph and a few tornadoes – this is where the unstable air will reside.

On Thursday the low is moving towards New York and we will have plenty of enveloping clouds throughout the day. It gets cold and breezy with highs in the 40’s.

Anticyclone will build up in the US Southeast on Friday and we will dry out. It will be mostly sunny to partly cloudy here. It stays cool with highs in the upper 40s to low 50s.

weekend outlook: Saturday begins with some sunshine as high pressure moves east of Alabama. We’ll see the clouds return ahead of another cold front later in the day. High temperatures will be in the 50s. The cold front will move over Alabama on Sunday and give us scattered showers with temperatures around the 50s during the day.