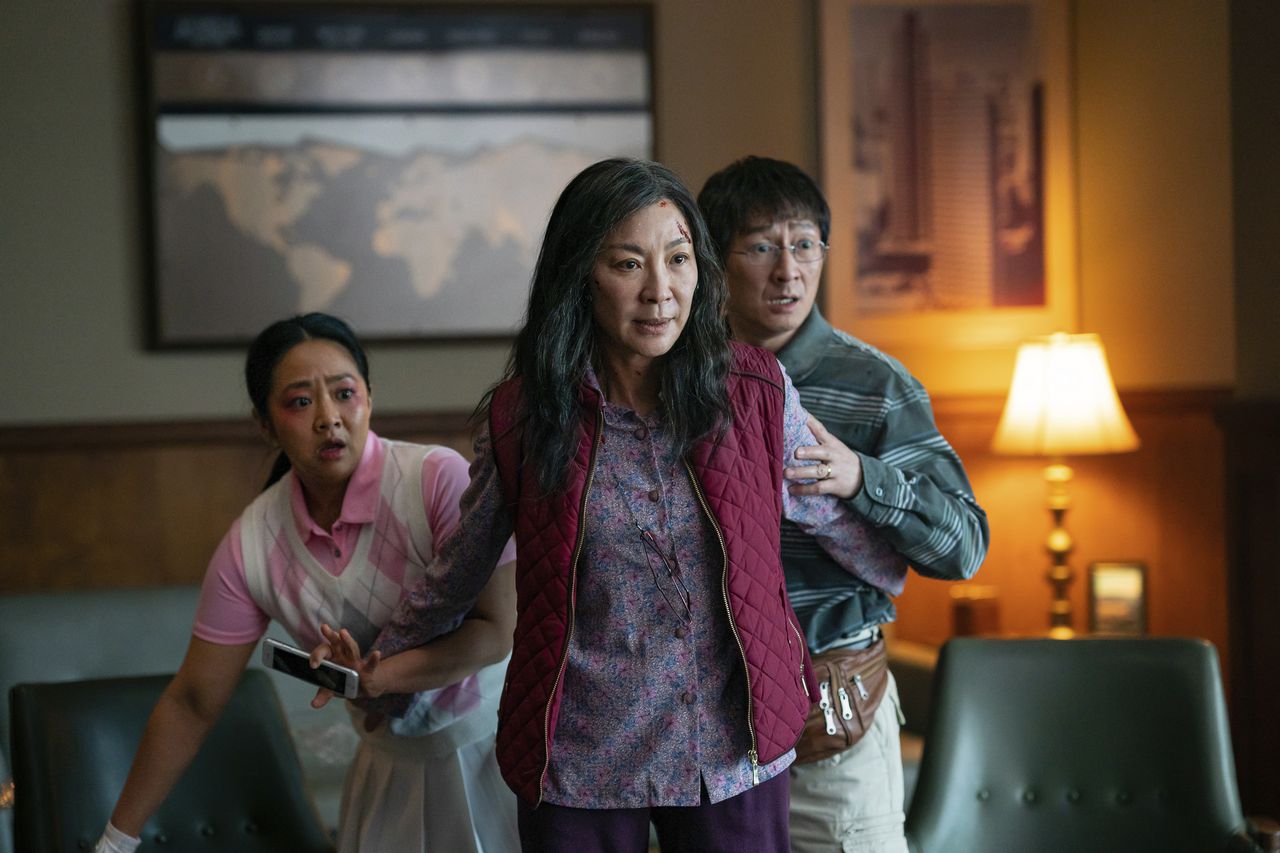 Daniel Scheinert, a native of Birmingham, and his red-hot film Everything Everywhere All at Once topped all nominations at the 95th Annual Academy Awards, including nominations for Best Picture, Best Director, Best Screenplay and Best Film Editing.

Along with his professional partner Daniel Kwan (who forms the filmmaking duo The Daniels), Scheinert received nominations for Best Director and Best Screenplay for the hit film.

Scheinert and Kwan go head-to-head against some powerful names in the film world, such as Steven Spielberg (“The Fabelmans”), Martin McDonagh (“The Banshees of Inisherin”) and Todd Field (“Tár”).

TIED TOGETHER: Alabama’s 10 greatest Oscar triumphs, from ‘Forrest Gump’ to ‘Get Out’

One of the top-rated films of the year, Everything Everywhere All at Once is now on a collision course with the Oscars, potentially landing nominations for Best Picture, Best Director, Best Screenplay and more. His film, a modern sci-fi epic dubbed “Assault on the Senses,” promotes kindness amid a technology-driven generation gap, and he was slammed in the process by the legendary Michelle Yeoh. The film also grossed $103 million at the global box office, making it the highest-grossing in the history of distributor A24.

The film has a 95% Rotten Tomatoes score. The consensus says, “Directed by the brilliant Michelle Yeoh, ‘Everything Everywhere All at Once’ lives up to its title with an expertly calibrated assault on the senses.” which she alone can save the world by exploring other universes that connect to the life she could have lived.

TO READ: Alabama Entertainer of the Year 2022

The film marks a deeply personal work for the Daniels, particularly in relation to their own parents and the generational gap widened by the internet age. And yes, Scheinert even worked a bit of Alabama into the multiverse.

Born in Birmingham, Scheinert attended Oak Mountain Elementary and Middle Schools before attending high school at the International Baccalaureate School in Shades Valley. His parents, Ken and Becky, now live in Guntersville. His father said Scheinert got into filmmaking during high school through local competitions and musical theater.

“I think I’m lucky that my parents encouraged creative endeavors,” Scheinert told AL.com. “My mother grew up in Guntersville, but she and all her sisters were very fond of music and art. My mom went to Auburn for art before getting a business degree and working for BellSouth. So they encouraged me and my brother to do Odyssey of the Mind and Destination Imagination when we were kids, which were creativity contests that we did. And I really got into the theatre.

TO READ: One of the Daniels with his roots in Alabama who puts his state in “Everything Everywhere”.

“But the movie bug, it was 20 percent just me doing what my brother did because he and his friends all made movies for fun and they had a public access TV show that they only did about two episodes of but me loved it. And the Sidewalk Film Festival just blew my mind when I was doing a film with my best friends in high school and it played in front of an audience and they loved it. I thought, ‘This is incredible.’ So we just started making movies, doing all the sidewalk scrambles and doing all the competitions. I did an internship at the Sidewalk Film Festival for a while, and it became my favorite thing to do in my last three years of high school.”

Scheinert said the Sidewalk Film Festival is “still my favorite film festival,” so he attends whenever he can. “I always tell other filmmakers that it’s the right size for a film festival where you can walk to all the theaters and it’s just a fun weekend. A lot of film festivals last two weeks and everything is spread out.”

Scheinert made his solo directorial debut in 2019 with The Death of Dick Long, which was filmed in and around Greater Birmingham. He has returned to his hometown for screenings and filmmaker talks at Sidewalk, where “Swiss Army Man” and “Dick Long” have featured on his programs.