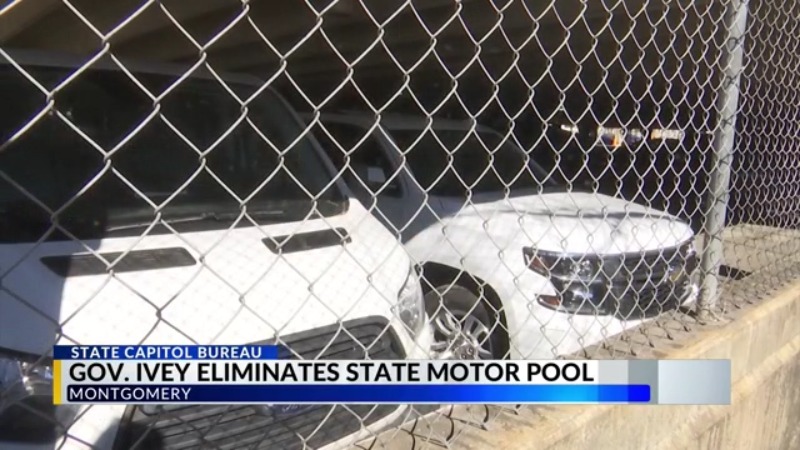 EO 728 directs the Alabama Department of Transportation to phase out the state fleet by October.

“They just don’t get used. you sit there they devalue. It’s a drain on state finances,” said State Examiner Andrew Sorrell.

ALDOT spokesman Tony Harris says there are about 115 vehicles in the pool – a number that has declined in recent years due to lower demand from agencies during the pandemic.

It’s unclear exactly how much the state is spending on the vehicles, but new state inspector Andrew Sorrell says it’s likely too much.

“While I don’t know the exact dollar amount of money wasted, I can assure you it’s enough money that the governor wanted to do something about it,” Sorrell said.

House is totaled, pets die after fire in Killen

But those vehicles are just a small portion of the 9,500 the state owns for its roughly 30,000 employees.

Because of this, the executive order requires authorities to get rid of unnecessary vehicles and create policies that specify the proper use of the vehicles they keep.

It also requires these agencies to report annually to the Governor’s Office on how it uses and allocates state vehicles.

Sorrell commends the governor’s actions but, in his own role as Comptroller, wants to take the investigation of government waste a step further.

“I will ask the Legislature to expand our duties and responsibilities,” Sorrell said.

Sorrell says his office doesn’t have much power beyond property audits — things like the cost of government vehicles or cell phones, for example, are left largely unaudited.

“While I want to maintain efficiency and keep a lean staff, I think we need to expand the office because the idea behind the Chartered Accountant’s office is to be self-sustaining. You should find people embezzling money from taxpayers,” Sorrell said.

Sorrell says he expects a bill to expand his office’s powers at this session.