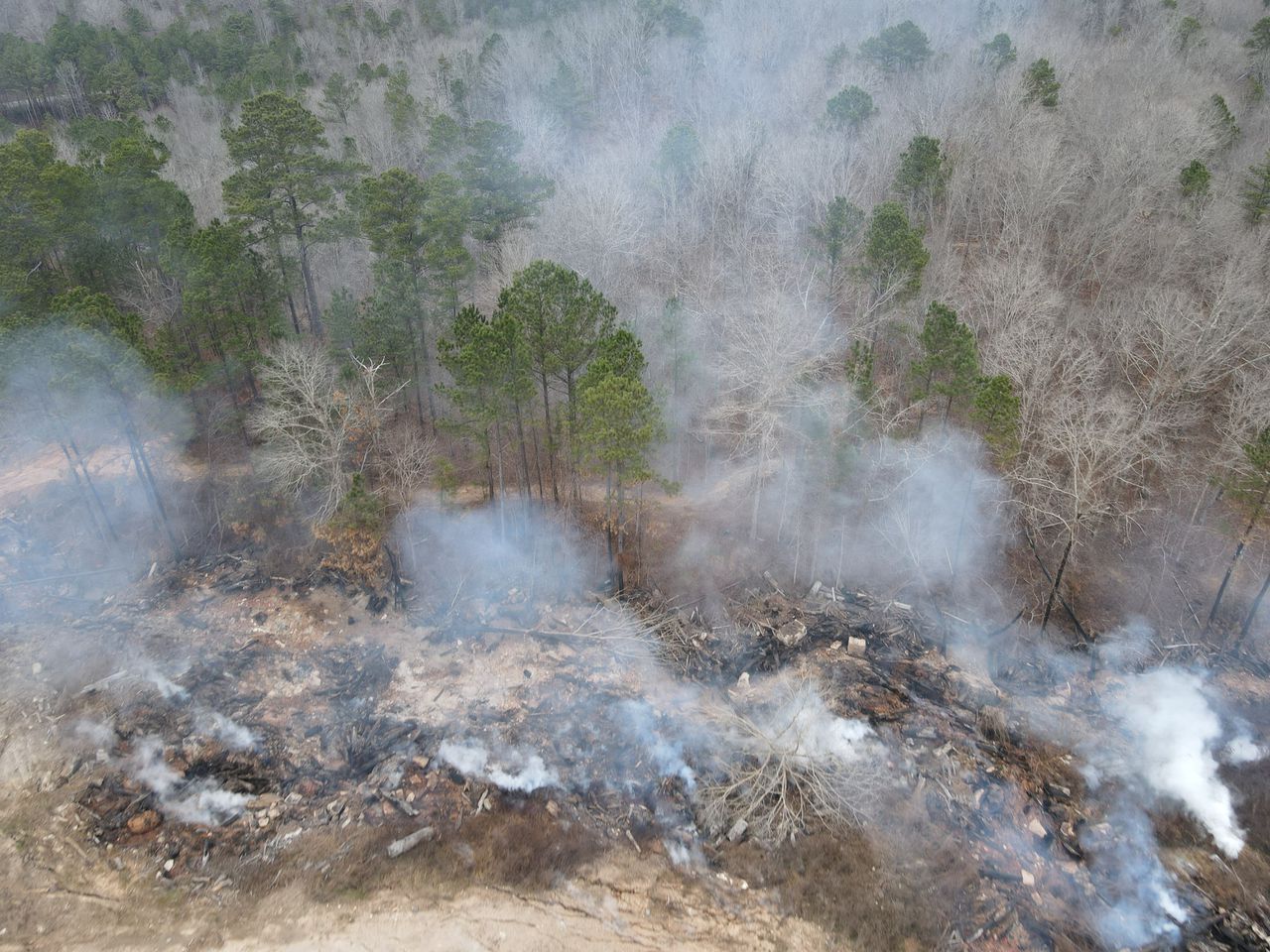 The US Environmental Protection Agency arrived in Alabama this week and took over fighting a landfill fire north of Birmingham after finding evidence of two chemicals known to cause cancer.

“Today we are putting boots on the ground to help fight the fire so everyone affected can breathe a sigh of relief,” EPA Region 4 Administrator Daniel Blackman said in a news release Thursday.

EPA officials said they agreed to take over after air samples near the site showed elevated levels of benzene and trichlorethylene, or TCE.

“Based on the results of this data, it was clear that further action was needed,” Blackman said.

According to the US Centers for Disease Control, long-term exposure to benzene can cause leukemia, and there is strong evidence that trichlorethylene can cause kidney and other cancers. Both chemicals are considered human carcinogens.

At the request of the Alabama Department of Environmental Protection, the EPA installed air monitors at the site during the first week of January. These air monitors were more sophisticated than sensors that only measure particulate matter, and the samples had to be analyzed in a lab. These results were made available on Wednesday.

“The EPA’s top priority is to ensure the well-being of residents,” Blackman said. “The community wants to see action and is understandably concerned about the impact of the landfill fire on their health, safety and quality of life.”

EPA is on site

According to the agency, two federal on-site coordinators have been appointed and are now on the ground with other EPA staff.

One of them, Terry Stilman, told AL.com that the sample results were the main reason the EPA intervened.

“Based on that, we decided that action was needed.”

The fire has been burning at Environmental Landfill, Inc., about 15 miles northeast of Birmingham, between the suburbs of Moody and Trussville, since late November.

Smoke from the fire has been pouring out of the site for more than 54 days, causing complaints of headaches, nosebleeds and breathing problems from nearby residents, as well as complaints about the odor from much of Greater Birmingham.

Environmental Landfill, Inc. is a designated green waste landfill and may only accept green waste materials such as fallen trees or other vegetation.

However, neighbors and ADEM inspectors have found unauthorized material on the site in the past, including discarded tires, household waste and appliances.

Nearby residents have long had concerns that the smoke contained more than just trees or other green waste material, and the results could confirm that.

While benzene can be formed from natural processes and can be found in wildfires, TCE, originally developed as an anesthetic, is a man-made chemical that does not occur naturally.

According to the National Cancer Institute, TCE “is used primarily in the manufacture of refrigerants and other fluorocarbons and as a degreasing solvent for metal equipment.

Stilman said TCE is not typically associated with smoke from burning natural materials.

“TCE itself does not indicate green material,” Stilman said. “So we don’t know exactly where that’s coming from.

“As we put out the fire, we may or may not find out what’s causing the elevated air levels,” Stilman said. “We don’t know exactly what the material is, that’s the burning that’s causing it.”

Benzene occurs naturally in crude oil and is released into the atmosphere when oil is burned, according to the National Cancer Institute. It is also found in cigarette smoke and is used as a solvent by the chemical and pharmaceutical industries.

“Outside air contains small amounts of benzene from tobacco smoke, gasoline fumes, automobile exhaust and industrial emissions,” according to the Cancer Institute.

ADEM director Lance LeFleur told AL.com that the two residents’ air samples were taken from two monitors at the site of the landfill and two from homes in the immediate vicinity.

He said the owners of the properties where the samples were taken have been notified of the results and that residents who are experiencing symptoms may need to consult their healthcare providers.

ADEM and EPA will draw on guidance from the Agency for Toxic Substances and Disease Registry, a branch of the US Centers for Disease Control, to help residents understand their risk factors.

“If they have underlying health issues, breathing issues, and they are concerned about the particles, they need to see their doctor for advice on what their particular situation would require,” LeFleur said.

“Early on, we made the recommendation, consistent with the recommendations of ATSDR and others, to install high-efficiency filters in their air handling units to seal off sources of outside air and limit outdoor activities during the time when wind does blow the smoke in their direction and seek the advice of their healthcare providers.”

Stilman said the first action the EPA took at the site Thursday is to set up additional air monitors at the site and in nearby areas to gather more information relevant to people living near the landfill. could be helpful about the level of risk they are exposed to.

“A very big priority for us is getting additional information from nearby residents,” Stilman said. “And that’s why we’re shutting down air monitoring and air sampling.

“When those results are available, we’ll share them with the Public Health Department and the Toxic Substances and Disease Registry Agency so they can provide those direct health advices.”