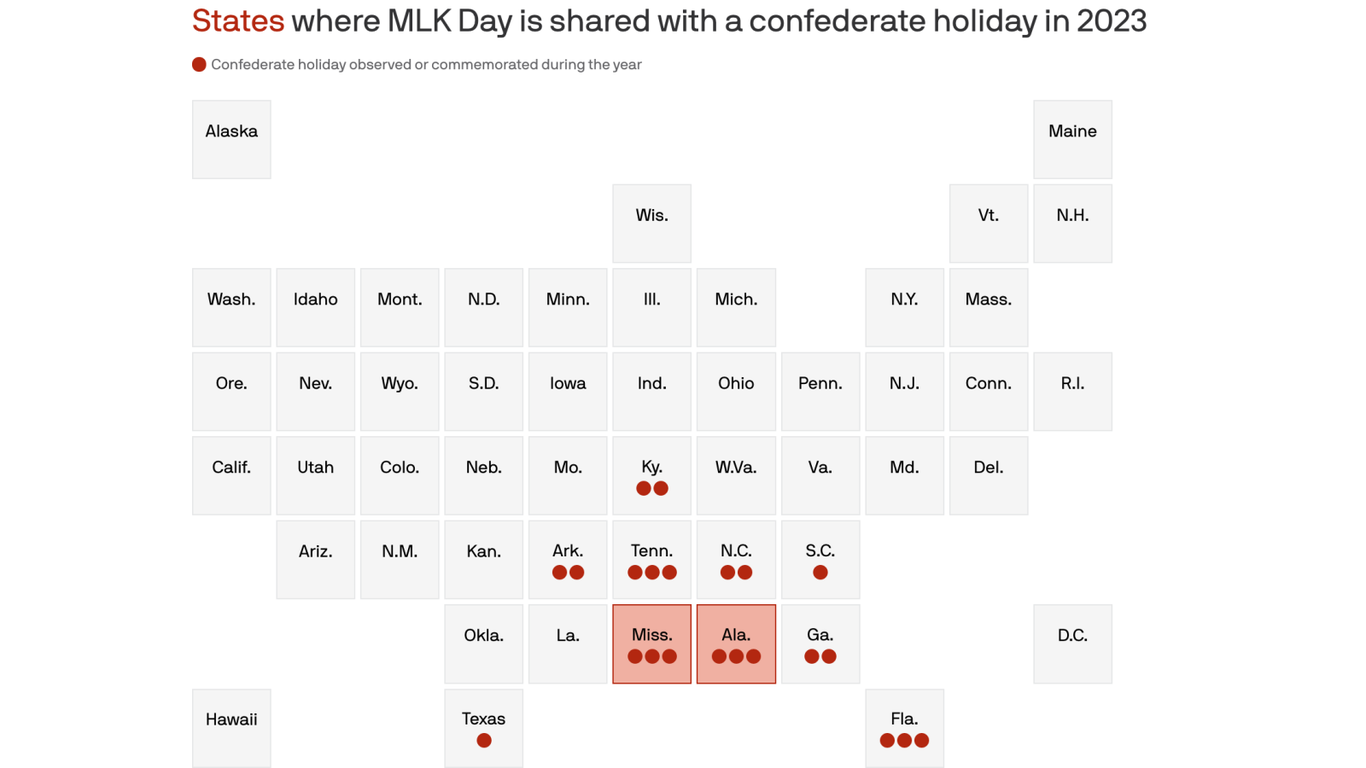 Ten states — all in the American South — celebrate Martin Luther King Day and observe at least one Confederate holiday the rest of the year.

Why it matters: All US states honor MLK each year. But the number of states also honoring the Confederacy underscores the country’s struggle to reconcile its racial past.

The Intrigue: When South Carolina became one of the last states to honor MLK with a state holiday in 2000, the legislature also voted to create a Confederate Memorial Day, observed annually on May 10th.

Zoom out: Defenders of Confederate holidays and memorials say removing them would erase history.

Reality check: Historians and scholars say that Confederate holidays and memorials in the South largely appeared long after the Civil War, when Confederate apologists pushed forward the Lost Cause narrative, which downplayed slavery.

What you say: “It’s a diminishing reality that people even recognize and celebrate these Confederate Days,” NAACP President and CEO Derrick Johnson told Axios.

Do not forget: While many remaining historic sites in the South dedicated to the Confederacy are well preserved, many sites associated with civil rights and the victorious Union North are abandoned or in disarray.