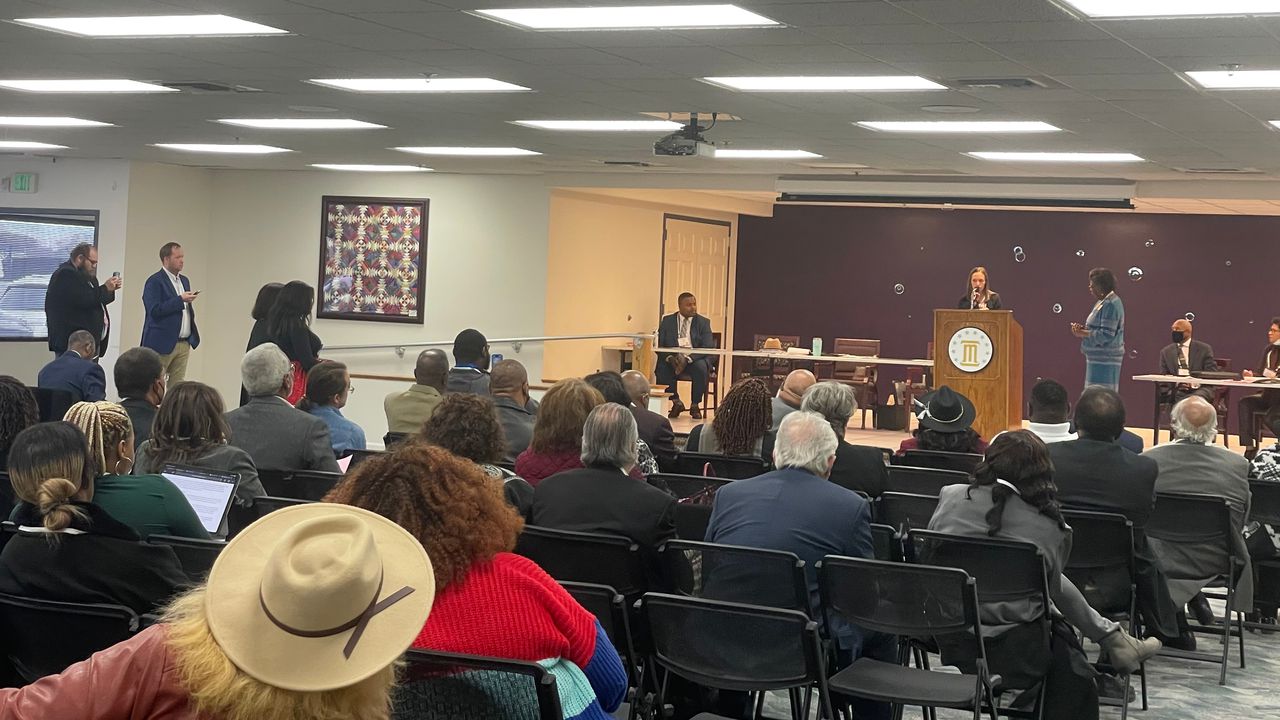 The Alabama Democratic Party’s executive committee meeting began Saturday with a call for unity, but was quickly marred by battles over conflicting bylaws.

“We cannot and will not succeed unless we come together, united as a party,” said Montgomery County Chairperson Tyna Davis, who chaired the meeting.

Ahead of the meeting, there were concerns that an amendment to the party’s charter to consolidate diversity factions into a single ethnic minority committee could be voted on without prior notice to many members. However, such a vote never came about.

“The convened meeting on Saturday does not correspond to the statutes. The proposed statutes appear to eliminate or reduce most diversity caucuses and disenfranchise key groups, as called for by the DNC,” said Josh Coleman, representative of the Democratic National Committee and president of the Alabama Young Democrats, in a press release ahead of the meeting. “It would be a sad step backwards for our party. I support your leadership but want to build an inclusive party for all Alabamaans.”

But there was no vote to change those laws. Instead, the proposed charter appeared at times to be confused with the charter introduced in 2019, as members could not agree on who nominated members for caucuses and who had the right to chair the meeting.

“It seems that we have conflicting rules in our own bylaws,” Davis said.

The disagreements prompted Davis to call for the meeting to be postponed, which failed by a vote of 63 to 60.

“We have a governor who is… incompetent and taking our state back to where people are fighting for freedom on the streets and all of you can’t have a gathering… We should be able to sit here as grown adults and say yay.” or no and move forward. I don’t care if you don’t like the chairman, if you don’t like the vice chairman. You are all ridiculous. And that’s very worrying. And it’s frustrating. I shouldn’t have to drive 100 miles to sit here for hours wasting time on petty bickering.”

In the nearly four hours that the meeting lasted, the group voted to fill only a handful of vacancies in the state’s parliamentary groups and executive committee.

A lack of consensus on the statutes was also evident at the last meeting of the State Democratic Executive Committee in October.

Related: The debate over the statute at the Democratic convention in Alabama ends with a strike

Vice-Chair Tabitha Isner said that in the future she would like to see the party introduce additional committees on communications, legislation, and hospitality and accommodation, including sourcing interpreters for deaf members, an issue raised on several occasions.

She also said she would like to see members build relationships with one another.

“Ultimately and above all, we have to get to know each other,” said Isner, who recommended that the members form small groups. “If we don’t value each other as individuals, we can’t do our jobs.”

The meeting was adjourned with Chairman Randy Kelley asking members to acknowledge their common ground to help build the party from the ground up and at times noting the party’s success in Georgia.

He ended by quoting President Abraham Lincoln, who reminded the party that “a house divided against itself cannot stand.”