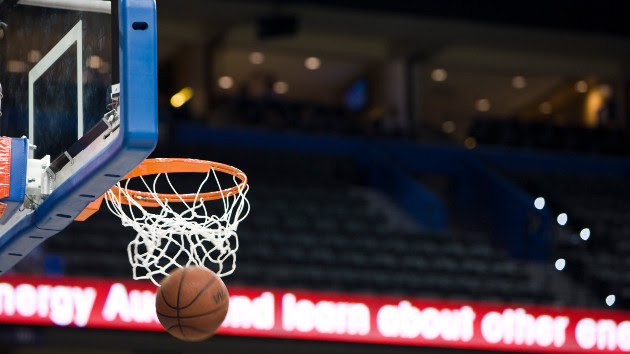 (TUSCALOOSA, Ala.) — University of Alabama basketball player Darius Miles was among two suspects arrested Sunday in connection with a deadly shooting near campus and charged with capital murder, authorities said.

Both the University of Alabama and its athletics department confirmed in separate statements that Miles, a 21-year-old student and athlete who played forward for the Crimson Tide, “was removed from campus” and “is no longer a member of the Alabama men’s basketball team.” ‘ in view of the charges brought against him.

“The University of Alabama’s top priority is the safety and well-being of the campus community. We are saddened by the incident that occurred near campus last night and offer our deepest condolences to the family and friends of the victim,” the University of Alabama said in a statement Sunday. “We are grateful for the prompt and thorough response from law enforcement and emergency response teams and we will continue to give our full support to the ongoing investigation. We have been made aware of the recent indictment against student athlete Darius Miles; He was removed from campus and is no longer a member of the Alabama men’s basketball team.

“First and foremost, we extend our deepest sympathy to the family and friends of the victim of last night’s incident,” the University of Alabama Athletics said in a statement Sunday. “We have been made aware of the recent indictment against student athlete Darius Miles and he is no longer a member of the Alabama men’s basketball team. Athletics, in collaboration with the university, is fully cooperating with this investigation.”

Inside the car, officials found an apparently unharmed driver and a woman who had been shot. The driver told police that while driving in the Grace Street and University Boulevard area, their vehicle was shot and he returned fire in self-defense, possibly hitting a suspect. He continued to drive until he stopped at the Walk of Champions to get help, police said.

Police identified the deceased victim as Jamea Jonae Harris, 23, of Birmingham, who was not affiliated with the University of Alabama.

After interviewing multiple witnesses and reviewing surveillance video, investigators identified two suspects: Miles, of Washington, DC, and Michael Lynn Davis, 20, of Charles County, Maryland, who is not affiliated with the University of Alabama. Investigators located and questioned both suspects, one of whom turned out to have actually been hit by gunfire and had a non-life-threatening wound, police said.

The police then arrested the two suspects and charged them with capital murder. Investigators believe the fatal shooting was the result of a minor argument between the victims and the suspect after they met, police said.

Both Miles and Davis were admitted to the Tuscaloosa County Jail without bail, according to police and online jail records.

Miles, who was in his third year with the Crimson Tide, played sparingly in six games that season. He had not played since a Dec. 20 game against Jackson State. However, Miles played in 30 games last season and started three while averaging 5.8 points and 3.3 rebounds per game.

Alabama is currently 15-2 and ranked #4 in the country.