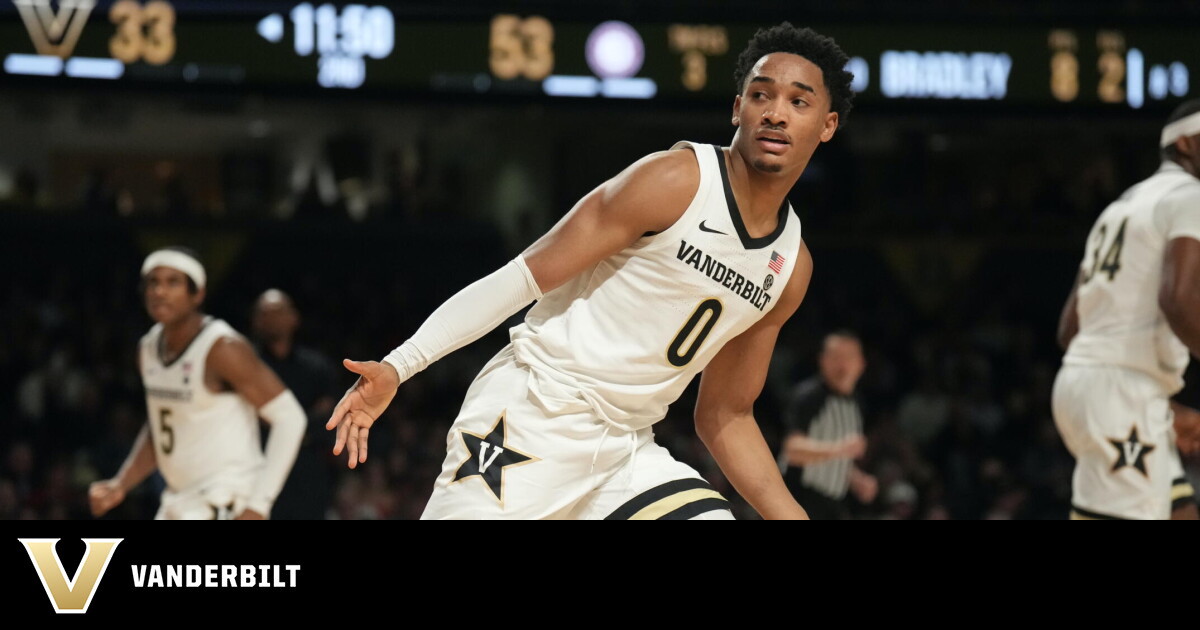 NASHVILLE, Tennessee — A game after scoring 63 points in a single half and blitzing at Arkansas 97-84, Vanderbilt’s offense was missing on Tuesday.

The Commodores shot just 30.1 percent and missed 27 3-pointers in a 78-66 loss to No. 4 Alabama at Memorial Gymnasium. Vandy did enough defensively to stay in the game but offensively the ball refused to go in the basket. It was one of the worst offensive games of the season.

“It depends on who’s shooting, and tonight (Alabama) shot,” said Vandy head coach Jerry Stackhouse. “Our shooters caught them, we didn’t do them.”

Vanderbilt, who received 20 points from Tyrin Lawrence, 15 from Jordan Wright and 11 from Ezra Manjon, will have the rest of the week to regroup before heading to Georgia at noon to take on the Bulldogs (13-5, 3-2 SEC) to compete CT Saturday.

Vandy’s energy and toughness were there from the start, but his quick wit went AWOL. The Dores missed 10 of their first 11 shots and found themselves in a 13-3 hole with less than six minutes into the game.

However, shots began to ring out and the crowd’s crescendo increased with each shot. Wright hit a three for 13-11, and then a putback by Emmanuel Ansong equalized at 19.

Freshman forward Malik Dia came off the bench and hit a three-pointer from the right wing that took the home side 8:06 in the first half to 22:21.

Vandy only had 10 field goals and shot just 25.6 percent. Defensively, the Dores gave up 20 points in color.

“I thought we came out a little sluggish in the first half. We started to push a little. We had good looks early on that we didn’t like,” Stackhouse said. “We had a lot of shots around the basket, I think we were like 3 to 15 around the basket with a few missed 2s early. Everyone tried to do it themselves.

“We talked about it at half-time and we got a little bit more ball movement in the second half. Still didn’t hit the ball well tonight. It’s a tough team to beat 30 percent in shooting.”

Vanderbilt’s offensive struggles continued into the second half. Once again, the Dores missed 10 of their first 11 field goals and fell 50-30 behind as Alabama started a 14-4 run early in the period.

That lead grew to 23 by 12:44, and that night Vandy didn’t have nearly enough firepower to stage a comeback.

Robbins out with an injury

Vanderbilt senior center Liam Robbins was out Tuesday with a right foot injury.

Stackhouse said the big man could be out for up to six weeks.

“It’s like a bruised bone and a sprained foot,” Stackhouse said. “It’s just a question of when he’s comfortable that he can come back. It’ll be great when he comes back (six weeks ago) but that’s kind of a prediction and that’s how it is at the moment.

“We just keep trying (without him). We have people who are able to do that and we are still very capable.”

Robbins is averaging 13.2 points, 5.9 rebounds and 2.9 blocks per game this season. The former Minnesota and Drake center has 50 blocks this season and missed much of the 2021-22 season with a foot injury.