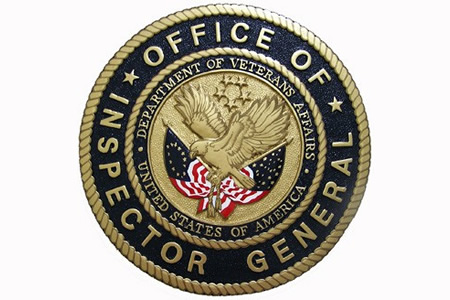 Several devices were found to be missing critical security patches that were available but not yet applied, leaving VA systems at risk of unauthorized access, alteration or destruction. While database scans are performed every quarter, OIT was only able to provide scans for half of the databases because it was unable to reach all databases due to a port filtering issue. Without these completed scans, OIT would not detect security control vulnerabilities that could impact the security posture of databases.

Safety management controls were evaluated, and OIG identified a deficiency: it found that several action plans and milestones were missing or did not contain enough detail to be actionable. Four access control deficiencies were identified in relation to network segmentation, audit and surveillance controls, environmental controls, and power backup. Network segmentation is required for medical equipment and specialty systems that should be placed on isolated networks for protection. Several network segments containing medical and specialty systems did not have network segmentation controls. 19 network segments containing 221 medical devices and specialty systems did not have ACLs applied that allowed any user to access those devices. Logs must be monitored to assess the effectiveness of security controls, detect attacks, and investigate during or after attacks. It was found that half of the databases supporting Tuscaloosa’s VAMC were missing. The missing logs affected the databases that were not subjected to a vulnerability scan.

Will be delivered by email so make sure you enter your email address correctly.

Several communications rooms were found to lack temperature or humidity controls, which could have a significant adverse impact on system availability, and also found a lack of uninterruptible power supplies, meaning infrastructure equipment would stop working during power fluctuations or outages would. resulting in disruption of data flow and disruption of access to network resources.

The OIG made 8 recommendations to address the deficiencies, 6 to the Assistant Secretary of Information and Technology and the Chief Information Officer regarding security issues, and 2 to the Tuscaloosa VAMC Director, who must ensure that communications spaces have adequate environmental controls and are uninterrupted Power supply for the infrastructure have equipment.