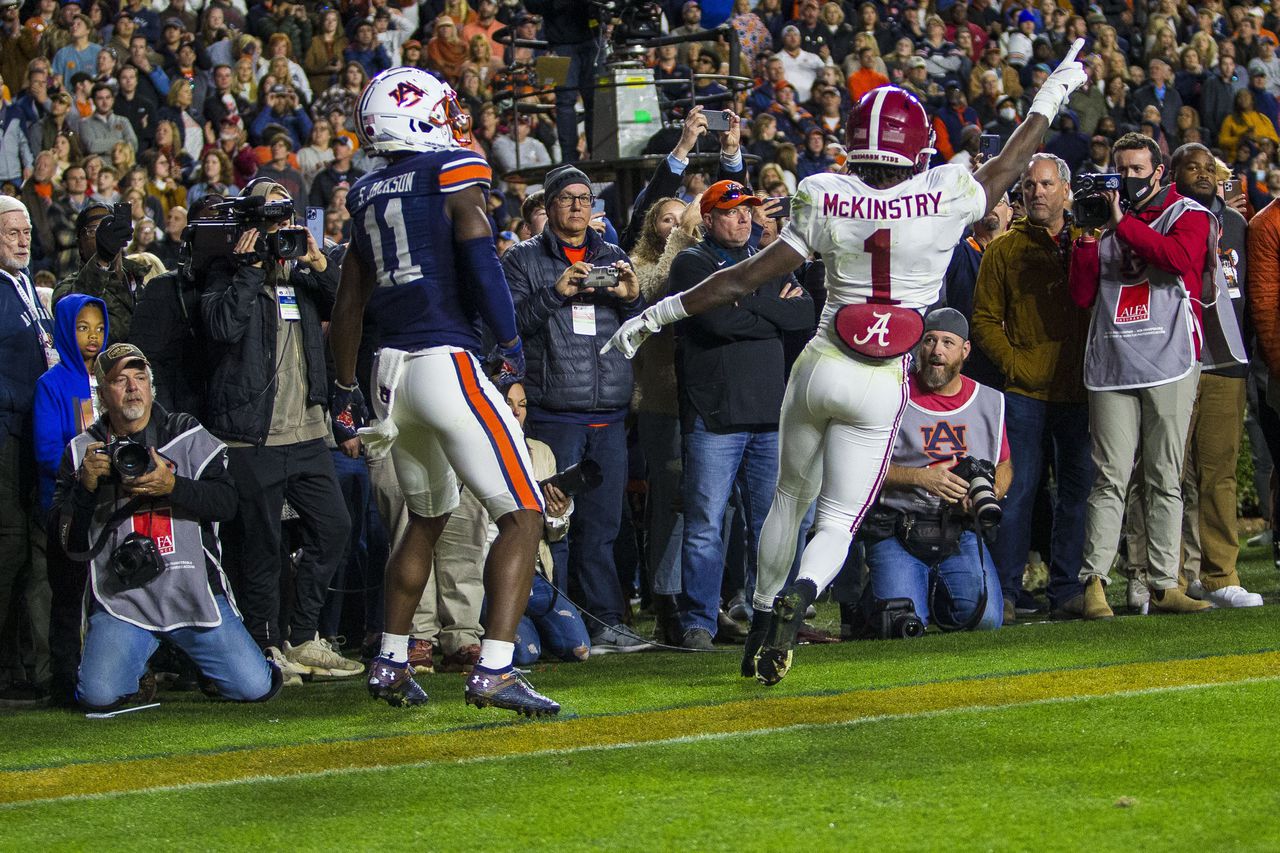 It’s that time again. Iron Bowl week in this state is always something to remember, even if this year’s matchup doesn’t quite have the juice. Here are some of the details to prepare for Saturday.

THIS GAME WILL DETERMINE

The best team in the state of Alabama. That’s pretty much it.

THREE THINGS TO LOOK FOR

1. Injured players: Several key players missed out on Alabama’s win over Austin Peay, and while they weren’t strictly needed for the FCS team, they could be a factor on Saturday. Running back Jahmyr Gibbs and tight end Cameron Latu are key players on the Crimson Tide offense, significantly changing the math for opposing defense. Tyler Steen, who started with the left tackle, also left the Austin Peay game with an ankle injury. On defense, cornerback Eli Ricks was out, but Nick Saban said he cleared the concussion record and should be back for the Iron Bowl. Ole Miss and Austin Peay’s offenses have picked up his replacement, Terrion Arnold, in Rick’s absence. Auburn hasn’t been a great throwing team so far (115th nationally), but in a game like this, having a full runner-up would be optimal.

2. Sloppy Game: Where the 2013 game was dubbed the “mother of all iron shells,” this will be a distant cousin. These two enter Saturday at the end of sloppy regular seasons. Both are among the worst in the nation when it comes to penalties and turnovers. On the flag front, Auburn is 114th with Alabama 120th. They are also in negative territory on sales rations, with Alabama at minus 5 (No. 103) ahead of Auburn’s minus 8 (No. 119). Just last week, Alabama had three takeaways and three giveaways in a 34-0 win over Austin Peay. Add to that the weather forecast for the weekend is looking wet and this could be downright ugly.

3. Could this be weird? As the first Iron Bowl since 2007 where neither team has a realistic path to a national title, this can get weird. Auburn has little to lose and showed against Western Kentucky last week that it wasn’t afraid to play a trick game. With Cadillac Williams likely to be coaching his last game as interim head coach, this would be the time to hang it all up against their arch-rival, who is still in line for a top-notch bowl trip.

Alabama O-Line vs. Auburn front seven: In the 24-22 win in overtime in Auburn last year, it was at times a disaster for Alabama. It gave up seven sacks while averaging just 1.9 yards on 37 quick tries. The Tigers haven’t been quite as strong against run this year as they enter 94th nationally and concede 172.6 yards per game. That has improved in recent weeks as the previous three opponents were kept under triple digits after Ole Miss rushed for a whopping 448 yards on October 15.

QB Robby Ashford: The 6-foot-3, 212-pound redshirt freshman from Hoover is the engine of the Tigers offensive. After starting the season third on the depth chart, Ashford carries much of the load and quite often the ball. He averages 4.3 yards on 136 carries, just 28 fewer than leading rusher tank Bigsby. And though Auburn doesn’t throw it often, his 13.7-yards average completion ranks 13th nationally. Bigsby is the Tigers’ top pass catcher with 26 receptions, though Ja’Varrius Johnson has 25 catches for 473 yards (18, 9-yard average) is more of a big threat.