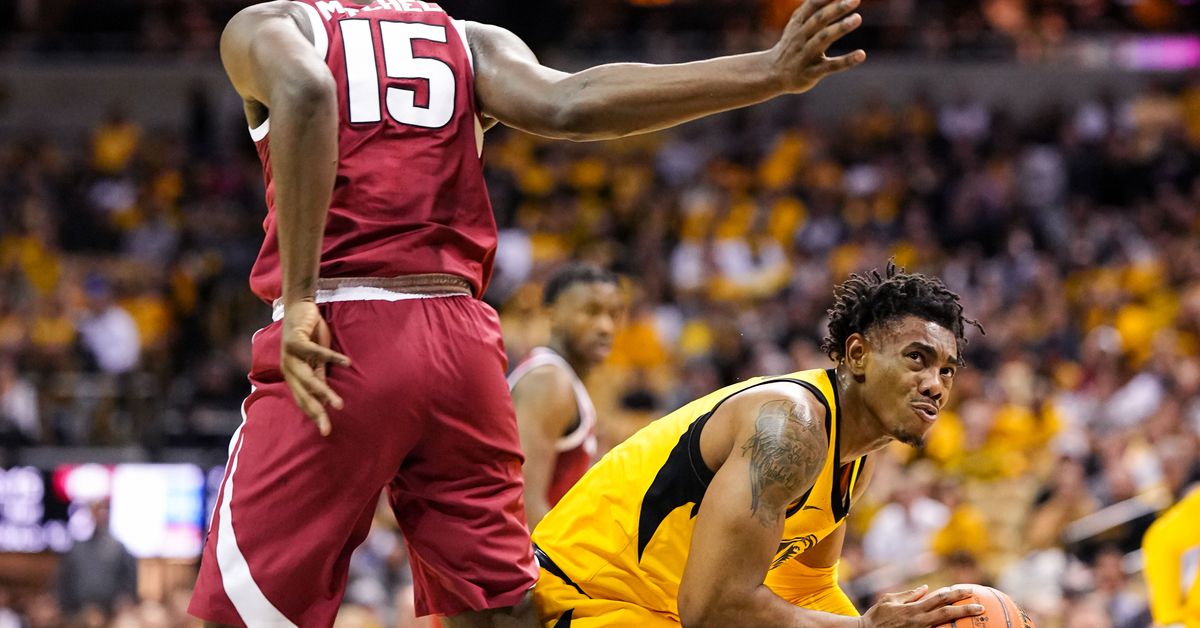 From the opening weeks of the season, we knew what the identity of this Missouri basketball team would be. Dennis Gates’ 2022-23 Tigers would be an undersized group, forcing turnovers, alternating exits and shooting lots of three-pointers.

In the first few months of the season, this system worked like a charm in almost every game.

However, Mizzou has lost three of his last four competitions. There is a distinct difference in this team’s play before Vanderbilt vs. after Vanderbilt.

While they continue to pressure opponents on defense and push the ball on offense, the third part of their “identity” is missing. In their first fifteen games, the Tigers shot 25% or worse twice from behind the arc. They’ve been below that mark every time in the last four games.

The 85-64 loss to Alabama put the icing on the cake of recent struggles. The Tigers shot a stone-cold 3-for-28 from three-point land in the game, and at times they just seemed to be trying to shoot their way out of their recent slump.

This isn’t rocket science. This is a team that has a lot of good shooters, spreads the pitch and has a coach who encourages his team to play to their strengths. When three-point shots come, life is good. When they’re not, this team is struggling to win games. The age-old cliché of “living and dying in threes” applies to this team.

This is by no means a negative quality. Many surprises have been achieved thanks to the three-pointer, also known as the greatest equalizer in sports. We see this especially during March Madness when many 3-point specialists catch fire and drive their team nuts. (I’m looking at you Mr. Curry, Mr. Hield and Mr. Napier to name a few)

To get there, however, Missouri must regain its rhythm.

Gates explained that he believes D’Moi Hodge “clattered” his shot earlier this week. Essentially, it implies that Hodge is trying to fire his shot too quickly, failing to get through properly and thus changing the ball’s trajectory and aim. This habit may be due to teams cracking down on him really hard as a shooter, as he rarely sees an open gaze anymore and is mostly faced with catch-and-shoot scenarios where he has a hand to his face.

Whatever it is, Hodge’s greatest task is to find his rhythm again. After shooting over 40% from three in nine of the team’s first fifteen games, he has yet to shoot over 20% in the team’s last four competitions. Hodge showed his potential to be an offensive spark early in the season, catching fire in several games. He was difficult to contain, thanks to his soft punch and endless movement on the ground. For this team to be successful, Hodge must regain that pride.

Noah Carter joined Hodge as a threat behind the arc to start the season. Highlighted by a 6-on-9 performance against Penn, Carter envisioned himself as a guy who could pull opposing big men out of color. However, he shot 1-on-7-of-threes against TAMU, 0-on-3 against Florida, didn’t play against Arkansas, and then went 0-on-1 against Alabama.

Nick Honor was another efficient three-point shooter on this team. Like Hodge, Honor scored 40% or more in nine of the team’s first fifteen games. He’s 2-for-12 behind the arc in Missouri’s last four games.

At the end of the day, shooting in basketball is never a given. Teams will go through shooting difficulties and then elsewhere it will look like they can’t miss. That’s how basketball is.

Perhaps the return of Isiaih Mosley can add another weapon to the perimeter shooting arsenal. He’s really struggled behind the arc so far (0 to 12) but misses a lot of his shots. Just a season ago, Mosley was shooting 42.7% of three. As he continues to shake off the rust of not playing for over a month, his shot should return as well.

The question on Missouri fans’ minds right now is, when this team gets back to their shooting groove, will it be too late?