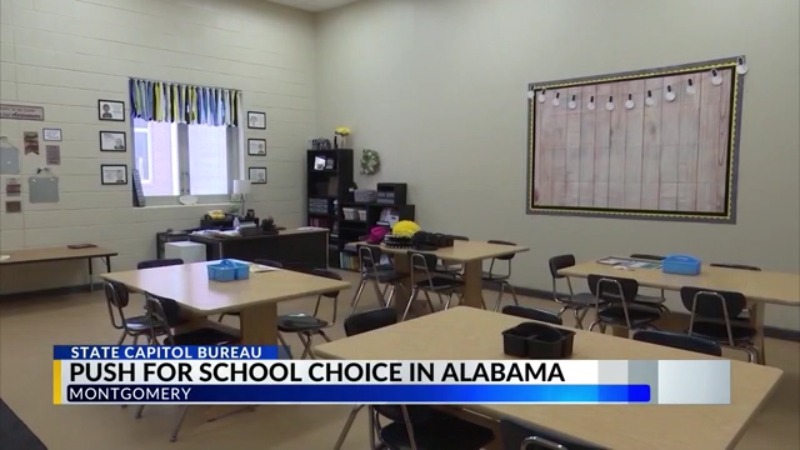 Freshman Rep. Susan DuBose says she believes there could be enough support in the legislature this session to pass school election legislation.

“I’ve heard from almost every new lawmaker that they’re pro-choice. I heard from our Speaker of the House, Nathaniel Ledbetter, that he’s pro-choice,” said DuBose (R-Hoover). “I think it’s the year.”

DuBose says she is considering becoming a sponsor or co-sponsor for school election legislation. She says the goal is to “let the money follow the student” by putting parents’ tax dollars into the district they choose for their child, rather than the one they live in.

DuBose notes that in part of her Jefferson County district there are 17 schools that rank in the bottom 6% of the state.

“It’s not fair to these students,” DuBose said. “They’re surrounded by districts with very, very well performing schools. So these students should have the opportunity to go to school and get the best possible education.”

DuBose hopes school choice will create a competition that will ultimately help all schools succeed. But according to Rep. Barbara Drummond, competitive schools don’t need that.

Drummond says it’s equity and resources that need to go to schools that are struggling the most before funds are diverted.

“Because what happens to the teachers who stay behind? What is happening to the students?” said Drummond (D-Mobile). “We wouldn’t have fixed the problem. We will just redirect or postpone the issue.”

Drummond says that shifting funding from one school to another is simply patching up educational disparities rather than trying to solve the problem.

She says she’d like to see more support and funding for public schools and for initiatives like the Literacy and Numeracy Act — noting that the state has Seen improvement in public school outcomes this year, according to the National Assessment of Educational Progress.

“We have to go and heal ourselves from the inside out,” Drummond said. “Because then we create a better workforce. We will create economic opportunities for our state and we will produce better students in our education system.”

The chair of the House Education Policy Committee, Terri Collins, also commented on the likelihood that a school election bill will pass this session, despite failed attempts in recent years.

She says she hasn’t seen any official bills yet but believes there will be a “different temperament” in the congregation this year.