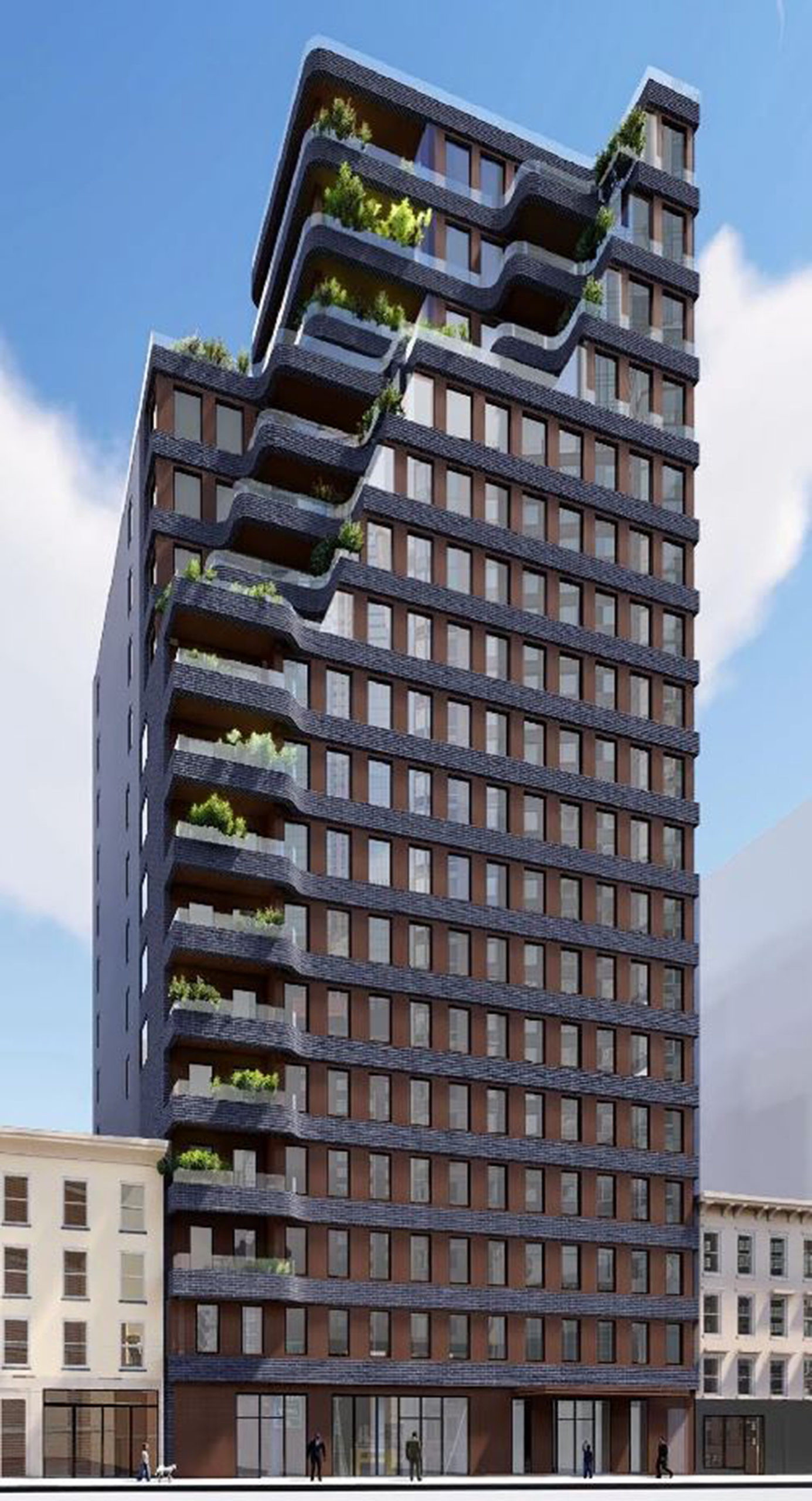 Construction is ramping up at 609 Second Avenue, an 18-story apartment building in Kips Bay, Manhattan. Designed by Fischer + Makooi Architects and developed by The Horizon Group, the 212-foot building will span 74,528 square feet and feature 65 condos in studio to three-bedroom layouts, with sales being led by Douglas Elliman Development Marketing Group. Britt Realty is the general contractor for the project, located between East 33rd and 34th Streets south of Murray Hill.

Recent photos show the reinforced concrete superstructure, which stands three stories above street level, with a network of formwork supporting the setting of the floor slabs. 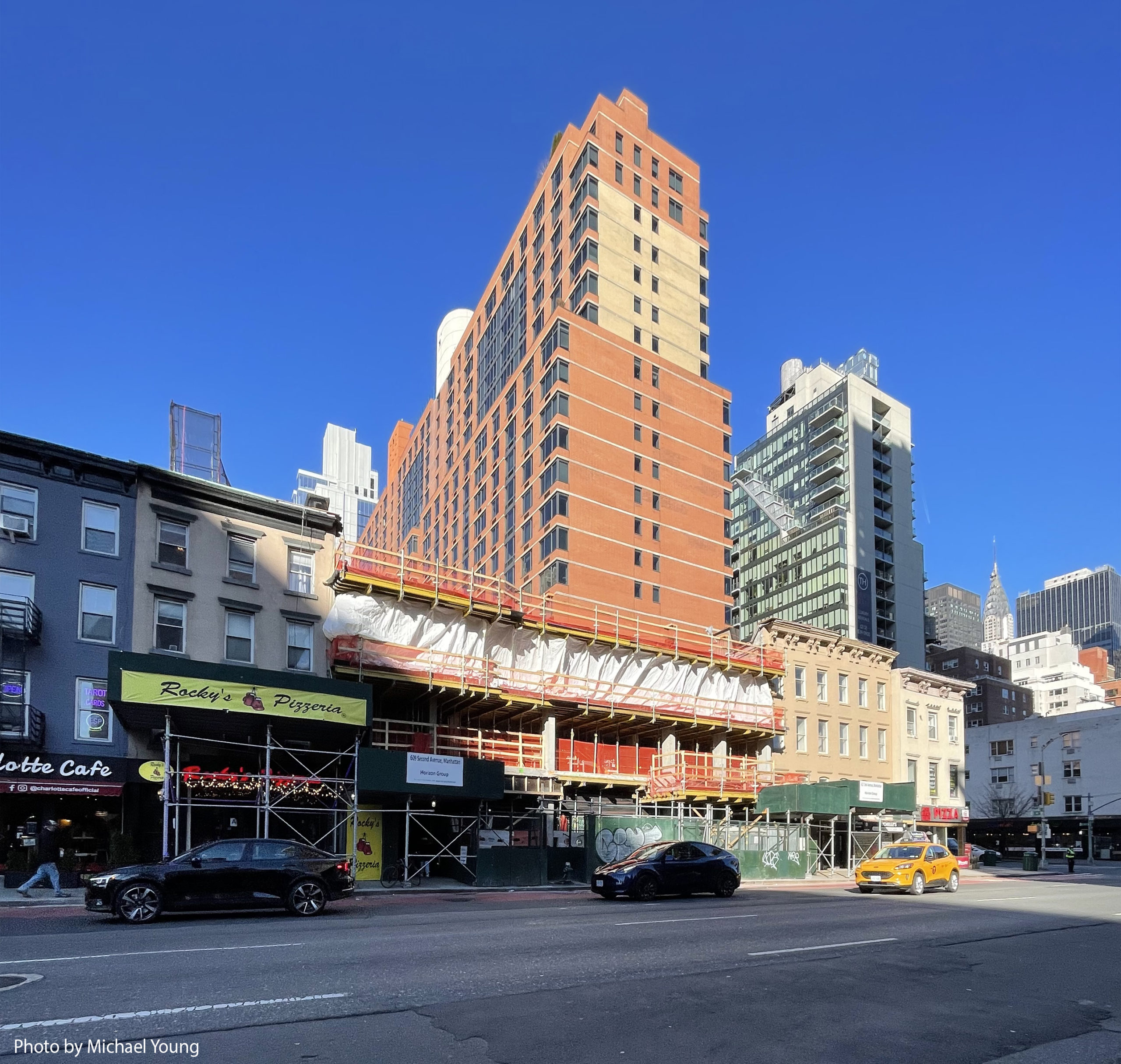 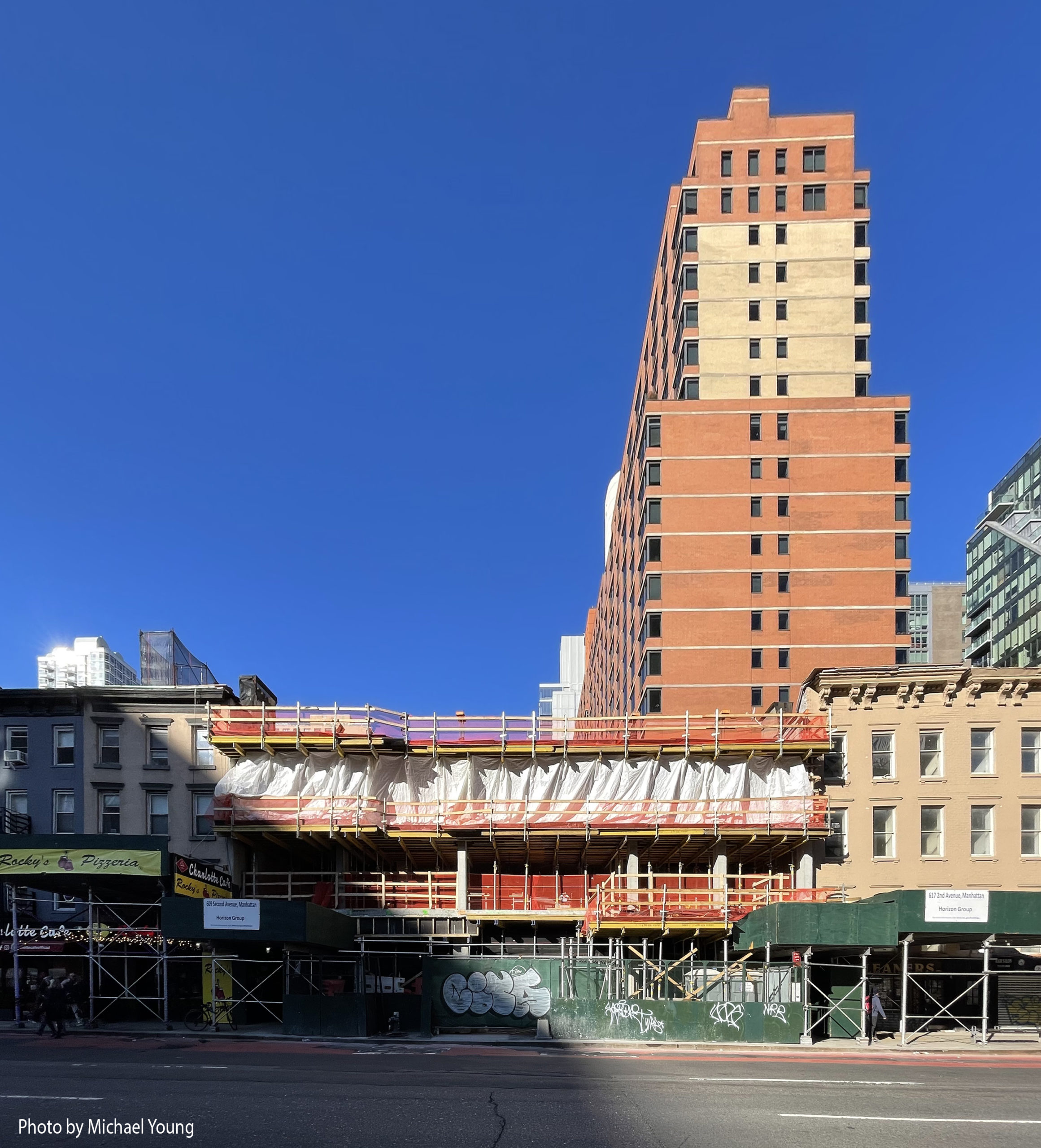 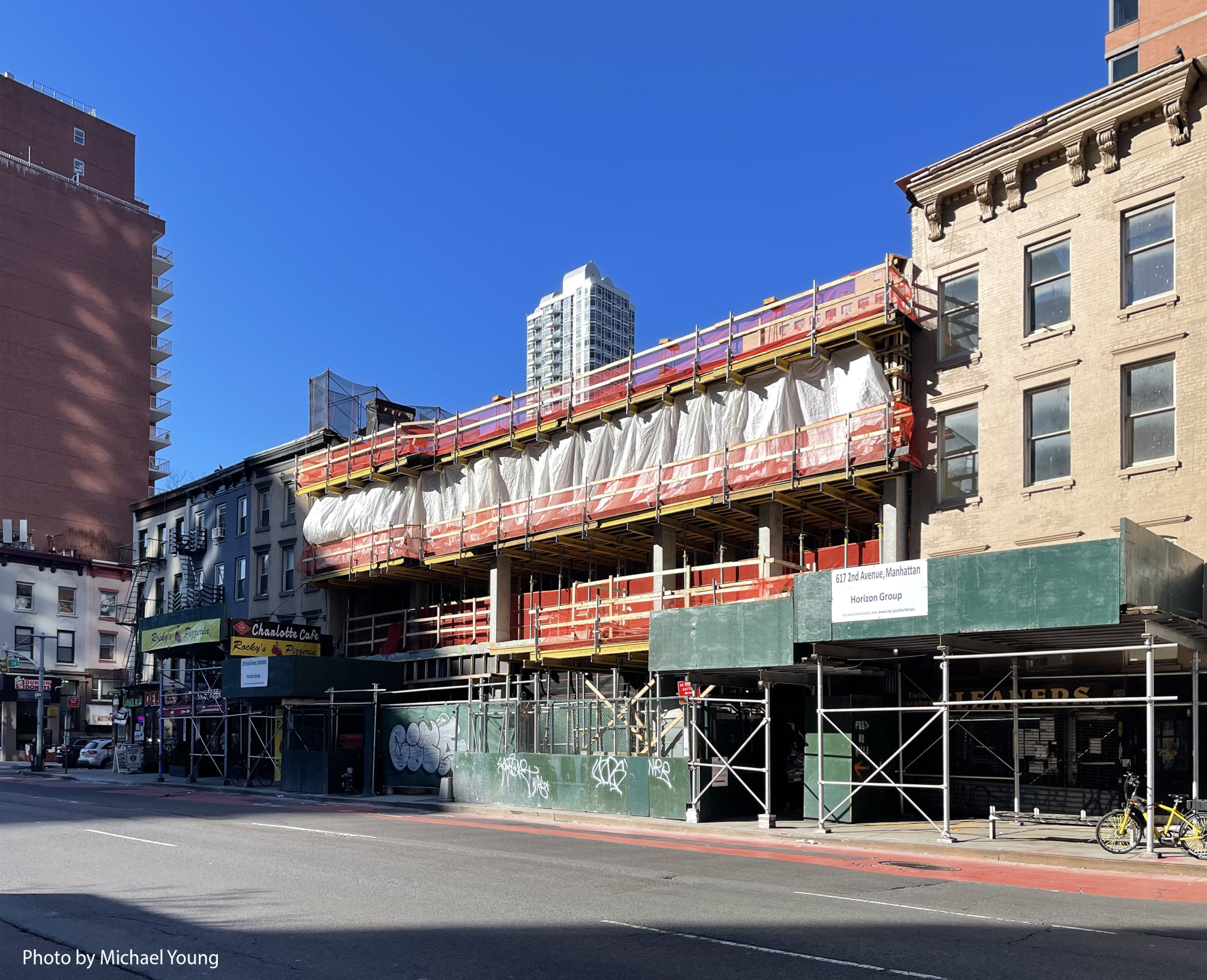 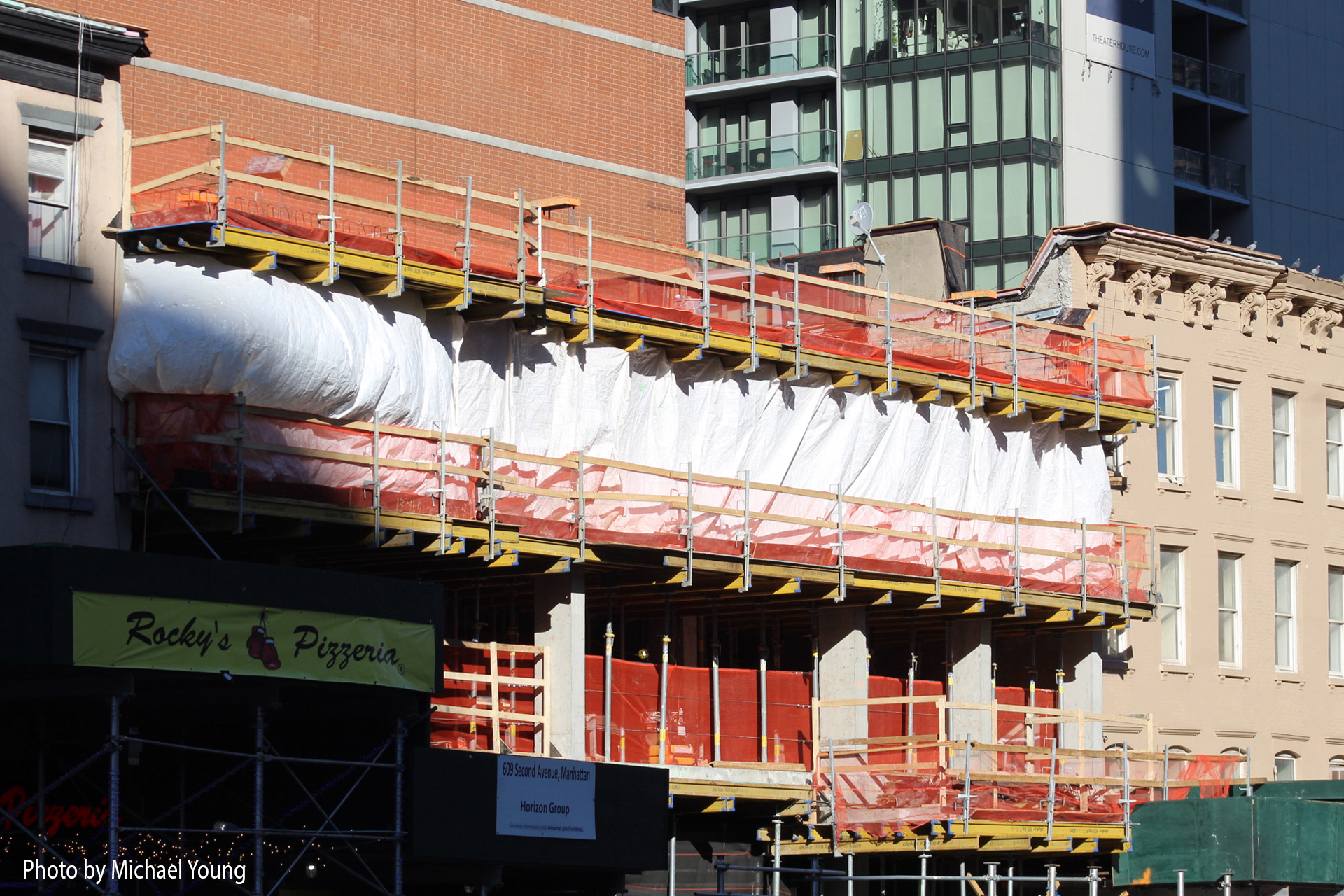 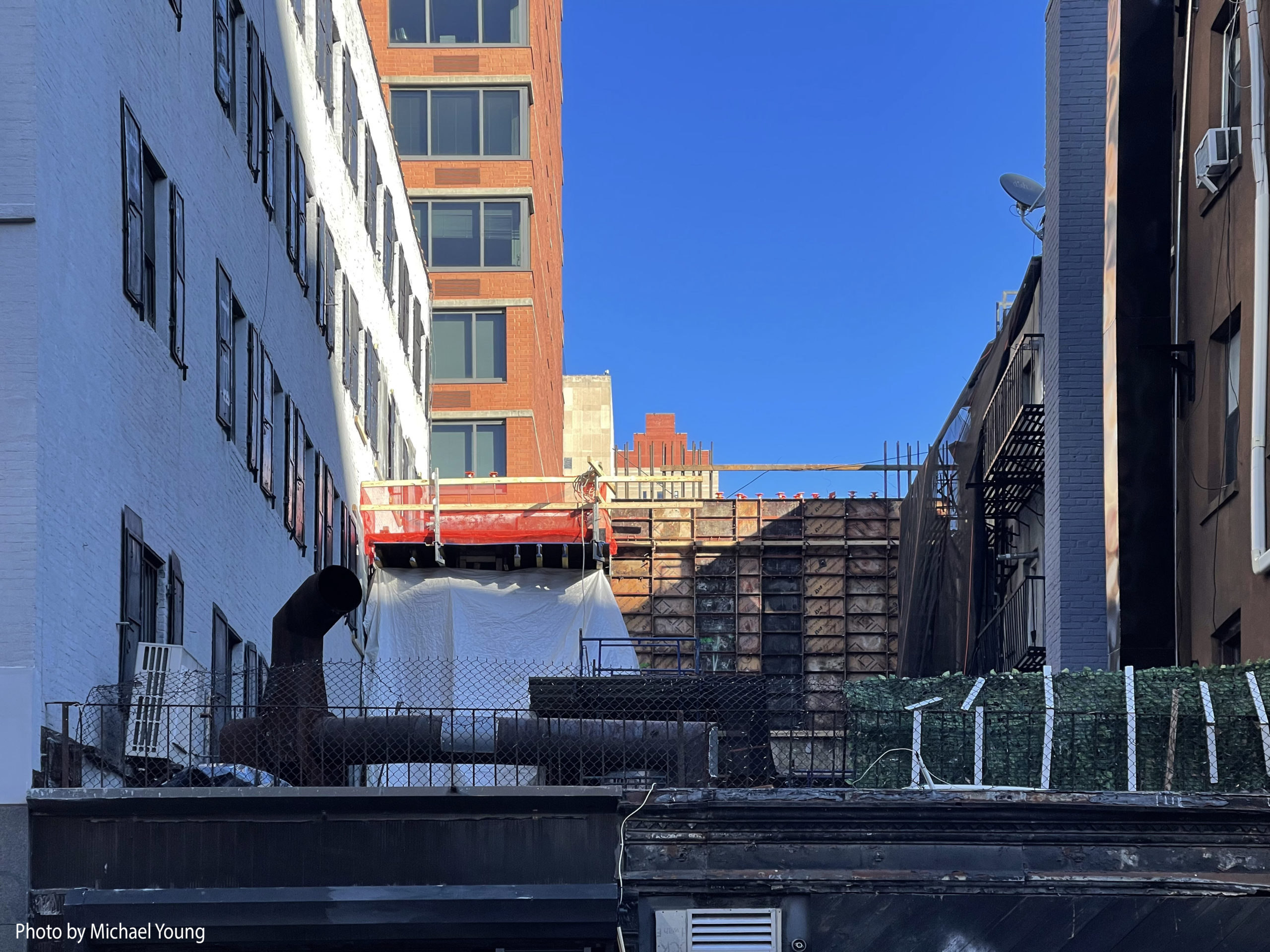 Renderings show a distinctive design with numerous cascading setbacks with rounded corners and an abundance of landscaping. The facade, designed in collaboration with ODA, consists of horizontal bands of black brick with earth tone cladding framing a grid of large windows. The main entrance is at the north end of the property along Second Avenue under a canopy leading to a landscaped courtyard with a water feature. 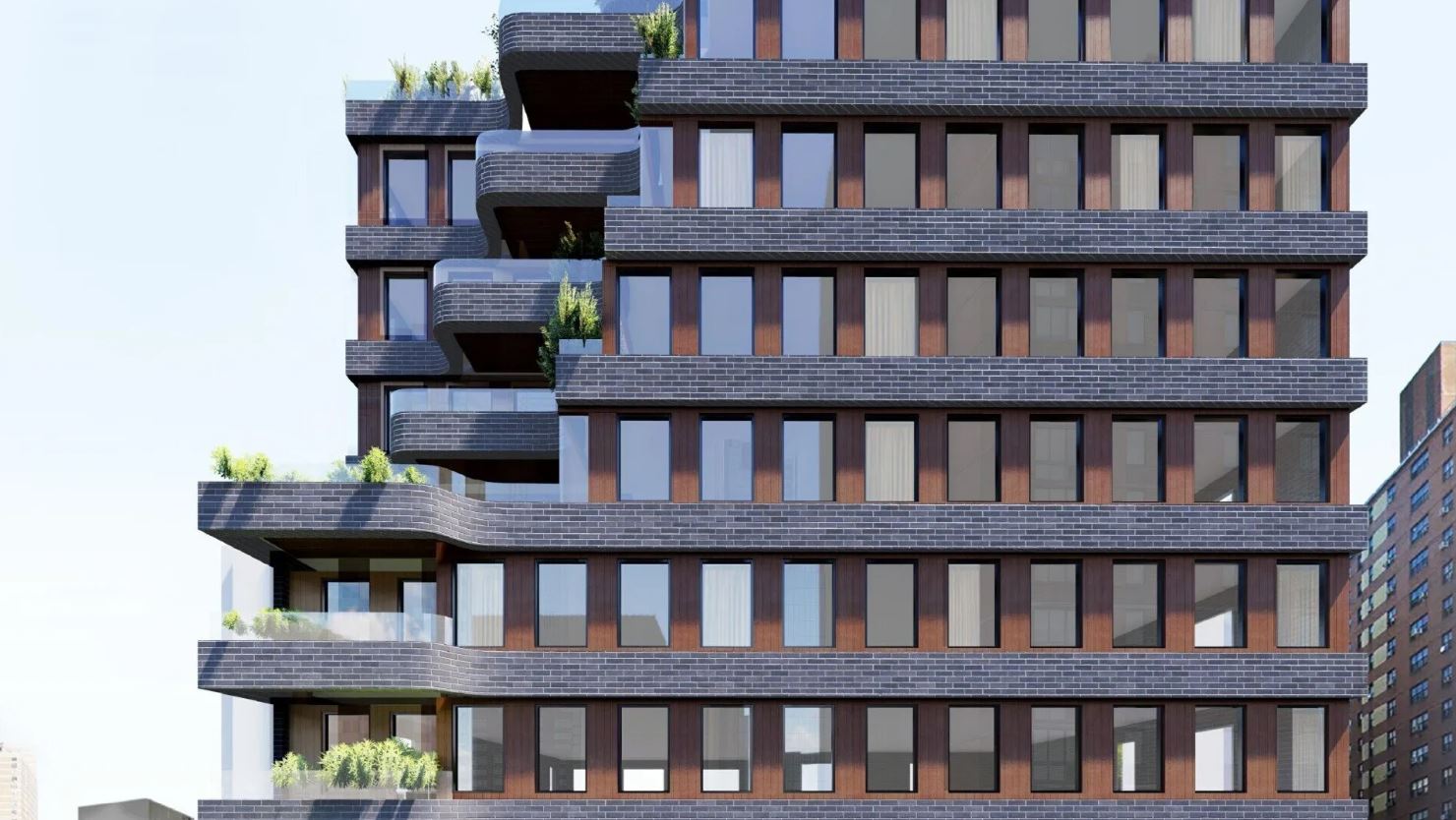 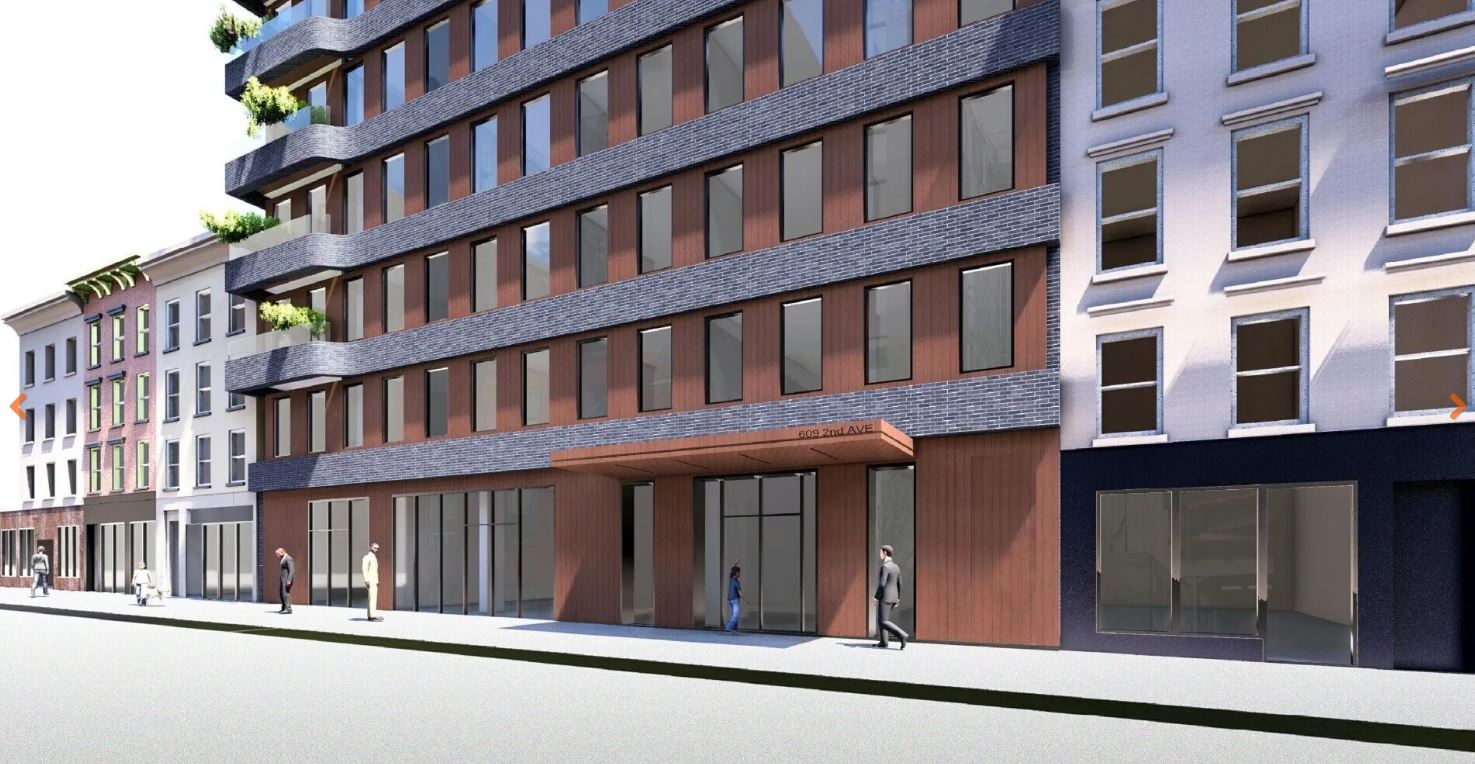 The building will contain four to five units per level up to the 14th floor, and penthouse units will each span an entire floor from the 15th to the 18th and will have private outdoor patios or balconies. Condominium amenities include a 24-hour concierge and attended lobby, lounge, fitness center with yoga room, half-court basketball court, and rooftop sundeck with designated cooking and dining areas.

The nearest subway from 609 Second Avenue is the 6 train at the 33 Street station west along Park Avenue South. Also nearby to the north are the 4, 5, 7, Shuttle and Metro-North trains at Grand Central Station.

YIMBY expects 609 Second Avenue to be completed sometime next year.