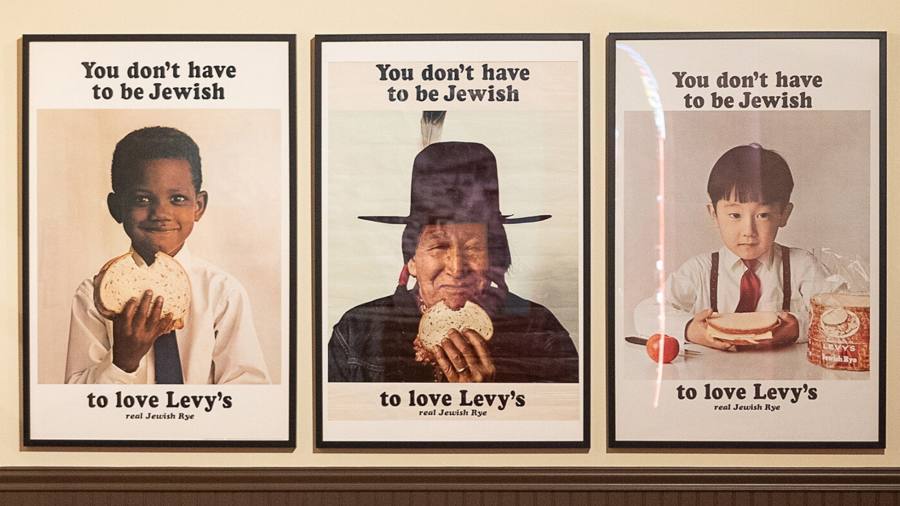 The 2nd Avenue Deli – the old one, on the corner of East 10th Street – held a cherished place in my family. It wasn’t particularly friendly or cheap or even reliably excellent, but it had the immense advantage of being close to my grandfather’s optometry shop. My father regularly met his brothers there and occasionally ran into the cousins ​​who, for some eccentric reason, called it the Tenth Street Deli. The menu read like a litany of percussive old-fashioned incantations: chopped liver, kasha-lackke, kishke, kugel, and kreplach. In addition, chicken fricassee and Dr. Brown’s Cel-Ray soda, a drink I didn’t want to try. I’ve never been there with friends. Relatives gathered here.

This world ended violently. The Deli’s Ukrainian-born founder, Abe Lebewohl (“Livewell”), was on his way to make a bank deposit in 1996 when someone — police never found out who — shot him dead. His widow and their children kept the shop going for another decade, but a shadow haunted the business. In 2007, two of Lebewohl’s nephews moved the deli to a new location and then opened a second. None of the Next Generation 2nd Avenue delis were located on Second Avenue. The brand remains, but the magic is gone, prices are inflated and the popular chicken fricassee has been dropped from the menu.

Forgive the nostalgia trip: That’s what it’s like to visit the exhibition of the New York Historical Society I’ll have what she has: The Jewish Deli. The display cases are filled with relics: a meat slicer, a wheelbarrow, a barrel, dozens of menus, neon signs from shops that no longer exist, and an immaculate apron with the 2nd AVE DELI logo in Hebrew characters. The collection of historical notes and memorabilia isn’t exactly a feast for the eyes. A 1930s Cel-Ray bottle and bottle opener sitting in a display case doesn’t exactly get an aesthete’s juices flowing. The ad campaign for Levy’s Jewish Rye – a series of black, Asian and Native American models grinning at their sandwiches over the slogan “You don’t have to be Jewish to love Levy’s” – comes closest to the spectacle. Instead we get grainy photos and cryptic scraps deciphered by explanatory texts. A small black union member book helps tell the story of Paula Weissman, who survived Hitler’s death camps to become a legendary waitress at Fine and Shapiro and spent decades taking advice from a colleague on day one: “Don’t sit there. Continue working.”

I wasn’t the only one transported decades back by this assemblage of artifacts, judging by a flurry of overheard remarks: “Grandpa used to love the matzo balls in this place!” For folks of back when the subway was a nickel cost, the show is a warm bath of melancholy. For everyone else, it’s an anthropological foray into an American food culture that largely followed the path of Yiddish theater.

The exhibition tells an inspiring story of immigrant grocers rising from street vendors to Formica tabletop commanders. It aims for a festive feel and uses clips from His field and Curb your enthusiasmplus the scene of scenes When Harry met Sally which gives the exhibition its name. Nearby, sculptor Alan Wolfson has created a homage to Katz in the form of a realistic miniature.

Still, the main mood is somber, with a side of muted regret. The big, clattering Jewish deli, with its chorus of brine, mustard, paprika and fat, is largely an institution of the past. In the 1930s there were approximately 3,000 of these establishments in New York City; today there are barely a dozen left. Some are not kosher at all, but are “kosher-style,” a religious oxymoron that pioneered the invention of the Reuben. (The laws of kashrutwho forbid the mixing of meat and cheese abhor the marriage of corned beef and Swiss.)

The last few years have been particularly brutal. Ben’s Best Kosher Delicatessen on Queens Boulevard once had 65 seats, serving mayors (Ed Koch), senators (Jacob Javits) and governors (Nelson Rockefeller) stuffed cabbage and knishwiches. It closed in 2018. Loesser’s, which opened in 1960, served the best pastrami in New York City, according to a Daily News poll. It closed on Thanksgiving 2019. Fine and Shapiro, on the Upper West Side since 1927, closed just before the March 2020 lockdown. These days, my parents have to travel from Manhattan to the Bronx to visit Liebman’s, one of the last and best Jewish institutions of the city that focus on beef.

Increasingly Americanized Jews eschewed their own gastronomic ancestors, instead turning to the (often bastardized) cuisines of other immigrant groups

The decline was in part a natural product of assimilation. Increasingly Americanized Jews eschewed their own gastronomic ancestors, instead turning to the (often bastardized) cuisines of other immigrant groups. Then there was all that red meat and lard, which was so far removed from doctors’ advice and the culture’s dietary claims that some purveyors now regard their own offerings as some kind of grim joke. Today’s 2nd Avenue menu includes the “Instant Heart Attack” (“your choice of 2 large potato pancakes with corned beef, pastrami, turkey or salami” for $36.95).

The curators take an admirably scholarly approach to a much-discussed topic, but are a bit too loose with the term “deli” for my Talmudic tastes. Delicatessen were meat-only operations, but the exhibit also includes a section on dairies, which serve everything else that binds the Jewish body and soul together: sour cream cheese blintzes, borscht, bagels, salmon, smoked fish salads, pierogi, and vegetarian soups. These were the types of establishments memorialized by Isaac Bashevis Singer.

“The moment I sit down at a table, they come by,” he wrote in the 1968 story The Cafeteria. “‘Hello, Aaron!’ they greet me and we talk about Yiddish literature, the Holocaust, the state of Israel and often about acquaintances who ate rice pudding or stewed plums the last time I visited and are already in their graves.” The train of thought that leads from the milk restaurant to death has nothing to do with cholesterol but everything with history.

So is this really a show about Jewish delicacies, or is it about Jewish food or Jewish memory in general – or stereotypes about what Jews eat? Such vagueness is at odds with strict dietary laws and also with some families’ sophisticated rituals surrounding the making of gefiltem fish, preserved in ancient runes on torn notebook pages or in painstaking oral tradition. Debates over the details of food preparation have always been an integral part of culture. “It was a popular exercise,” testifies an expert in a video clip. “Instead of going to the gym, they would fight over the corned beef.”

The show tries to break out of this nostalgic numbness. The Jewish delicatessen is back, we are supposed to believe, now in a more modern, sustainable, and ecumenical incarnation. A recent contender for Best in New York, it seems, is USA Brooklyn Delicatessen, which sounds like it should belong to an American chain in, say, Seoul, but it’s actually in Manhattan. Judging by the menu, the food could best be described as kosher style. A wall label reports that “Customers delight in Reubens’ roasted potato buns with juniper berry sauerkraut and the artisan pastrami hash in a jar.” As my entire clan would say: hey.