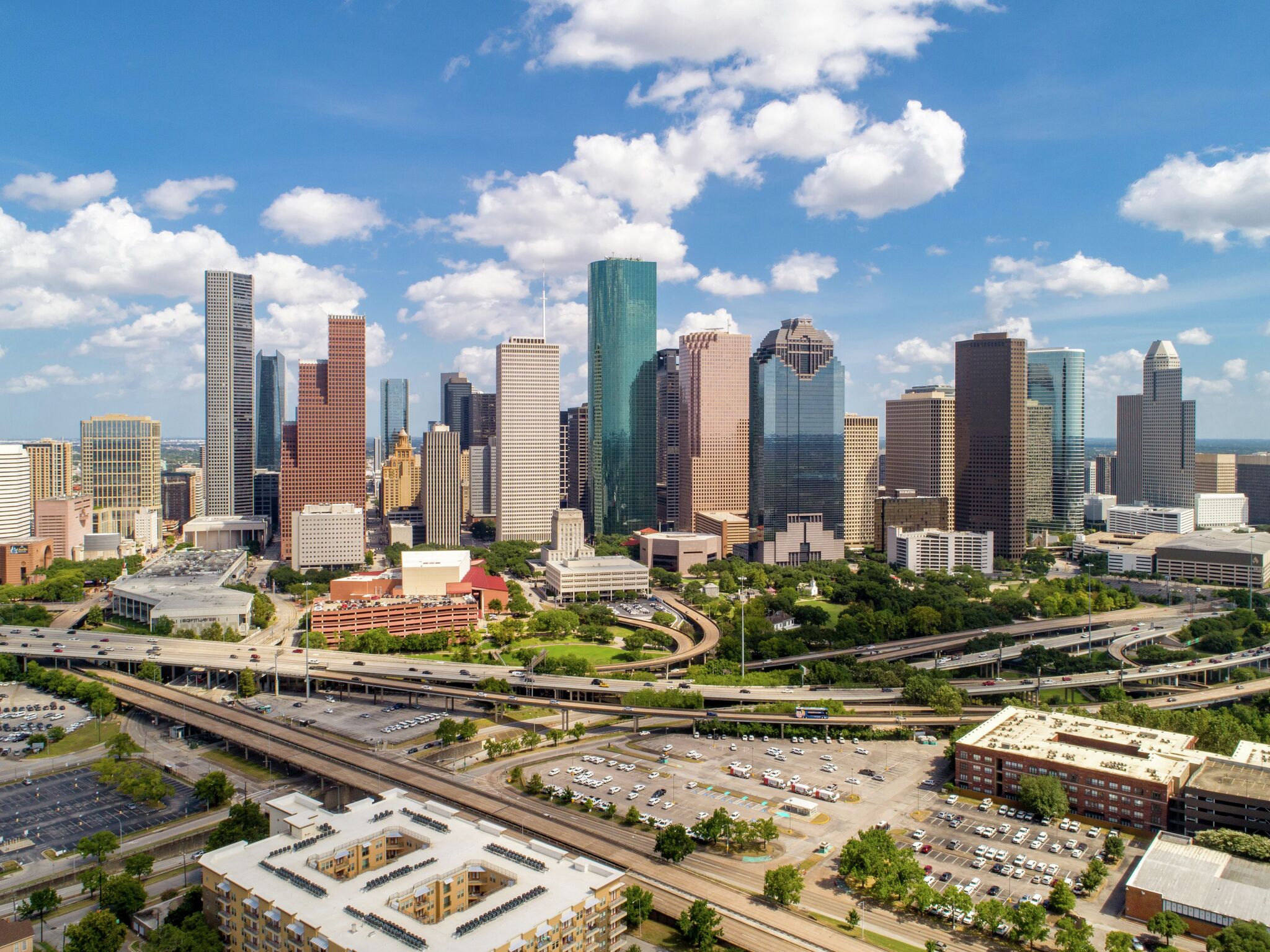 Houstonians, who describe themselves as incurably online, are once again full of opinions about yet another national media outlet’s attempts to sum up the greatness of the city in just a few thousand words. This week it was The New York Times who published the latest installment of their travel series, 36 Hours In, which this time landed in Houston.

I always brace myself when these tracks come out – no matter what mood I’m in, I’m sure to get a little pissed off. Houston is a wonderful, complex place that’s often misunderstood by skydivers, although I was relieved to read that according to a note at the top, the author “grew up in Houston and now lives there,” probably to prepare for the onslaught of online -Clapbacks from locals.

There were indeed some annoying omissions in this “36 Hours in Houston” and definitely a few head scratches, but I’ll admit that I wasn’t as annoyed with this guide as I usually have been in the past. Stay with me.

My biggest annoyance with the National Media Outlet Does Houston story is that it always—always! — starts apologizing for Houston. This is no different, the second sentence mentions the “endless friction [that] can be stressful for residents and off-putting for visitors.”

While Houston has its fair share of problems – don’t tell me – I lived in New York City for eight years, and I’m delighted to report to the New York Times that I was endlessly more drained living there than I was in Houston, the city I lived in, is now blessed to call home. And yes, Houston is (mostly!) ugly. But do you know which other city is ugly? New York, and we don’t talk about it enough.

As for visitors who are off? Perhaps they’ve been misled too many times by guides who don’t understand the essence of Houston or how to really enjoy it. Let’s start, as I always do, with restaurants and bars. The author wisely notes that “identifying the best Texas BBQ in Houston is a no-brainer,” and he’s right when he calls Truth BBQ “a real contender.” I really have no argument here and would love to add Gatlin’s BBQ, Pinkerton’s Barbecue and Blood Bros BBQ for anyone wanting to explore H-Town’s amazing cured meat scene.

Lucille’s is also a particularly worthy addition, not only for the food and atmosphere that’s consistently on offer at this 10-year-old Museum District spot, but also for the amount of philanthropic work that chef and owner Chris Williams has put into it Houston through his charitable giving back, Lucille’s 1913.

This is where it gets a little tricky. A Houston-born fusion with a crawfish emphasis, Viet-Cajun cuisine deserves all the credit it can get, as does Crawfish & Noodles, whose owner Trong Nguyen has done considerable work to advance this category. One could argue that the spotlight always falls a little too much on him and his restaurant and not enough on other notable spots, including Cajun Kitchen and 88 Boiling.

But the biggest problem is this: apart from Crawfish & Noodles, no other Asian restaurants are mentioned. No other Asian restaurant in a city that has arguably the best and most expansive Chinatown in the country, which many now call Asiatown because it features Vietnamese, Thai, Taiwanese, Korean, and Malaysian dishes, as well as dishes from several different provinces of China. Houston’s overwhelmingly good traditional Vietnamese food is particularly noteworthy – there are just too many to list, but I’ll leave you with a taste of Nam Giao, Thienh Thanh, Pho Binh, and Khang Vietnamese Sandwich Cafe.


An equally critical misstep of this guide heavily weighed on Tex-Mex cuisine rather than exploring Mexican food as a whole. While my good friend José Ralat of Texas Monthly likes to remind people that Tex-Mex should get more respect as it’s a regional form of Mexican cuisine, it’s a shame not to delve deeper and instead just mistakenly repeat the idea that Tex-Mex is the only Mexican food in Texas worth talking about.

You can have it all in Houston. Fine Mexican cuisine from established chef Hugo Ortega (Hugo’s, Xochi, Caracol, Urbe) or newcomer Emmanuel Chavez at Tatemó. Neighborhood gems like La Guadalupana in Montrose or Dichos Taqueria and La Esquina in the East End. Breakfast tacos at Brothers Taco House or Laredo Taqueria. Insanely good barbacoa from Gerardo’s Drive In. Taco trucks literally on every corner – Tacos Tierra Caliente across from the West Alabama Ice House is deservedly mentioned, but I would have loved to read more about it. Check out Chron Taco columnist Marco Torres’ biweekly coverage. To find the best Mexican food in Houston, you need to venture into the East End at large and not just stop at “EaDo”.

Ultimately, I think it took Chris Shepherd to exit his restaurant group for the national media to finally realize that Shepherd’s restaurants are actually not the best places to eat in Houston.

Now for bar recommendations. The West Alabama Ice House is the most perfect spot in Houston, period, and I will not accept other opinions on the subject. That addition aside, the list is a bit confusing. Bad News is a great bar, but do we really need to be downtown drink-hop? Maybe for travelers who just turned 22, but it’s not for me and I doubt it’s for New York Times readers either. I admit that I have a deep bias against downtown. Still, Houston has so many other bars — in real neighborhoods — that you’d want to hang out and introduce to newcomers.

Perhaps the James Beard Award-winning Julep cocktail bar by popular Houston native Alba Huerta? Or start out in the classic Anvil on Westheimer before venturing up into the newer, sexier Refuge. Lei Low is a must for tiki cocktails, Pearl Bar for a queer scene, or you can visit the atmospheric Axelrad Beer Garden when it hosts DJ sets. If you are looking for a dive bar, may I refer you to All-Times including Grand Prize, Poison Girl, Big Star Bar, Voodoo Queen Daiquiri Dive and many more that I forgot and will likely skewer later. If you absolutely must go downtown, do yourself a favor and go to Notsuoh – just do it, you’ll see.

Having rambled on for too long, I’ll skip the confusing Agora addition here (It’s nice! But you only have 36 hours!) and focus my attention on the non-food portion of this hurricane route. I can’t argue with the Museum of Fine Arts and the new children’s building, both are excellent places to visit. During your brief window in the city, you’ll certainly have time to also tour the Menil Collection and Rothko Chapel, which are free, practically side-by-side, and don’t take much time to traverse. However, I’m glad the author mentioned Houston’s rich black history and recommended a visit to Freedsmens’ Town in Fourth Ward and the Heritage Society’s Black History Walking Tour.

At 2:00 p.m., the itinerary suggests shopping at the Westheimer. Space Montrose is the cutest little shop, especially for Texan gifts – no notes. My newest obsession, however, is Mala Market, a nonprofit owned collective by women of color that offers home and gift items made by local artisans. I’ve been there so many times now to buy gifts for friends (or myself) that the staff now knows me and always welcomes me back.

To be honest, I’d much rather spend 36 hours at Mala Market than even a few minutes at Pavement. But maybe I got allergic to youth culture when I fell to the other side of 30. I still love thrift, though, and suggest checking out Out of the Closet down Westheimer von Pavement, whose profits go to the AIDS Health Foundation.

One of my most embarrassing traits is that I paid a lot of money for cactus pattern sheets at Biscuit at the beginning of the pandemic and while I have absolutely no regrets, I don’t know if that’s annoying. At the Bougie store I would recommend putting my precious moments in Houston, a wonderful no-bougie place to spend in the best way.

If you want to venture outside, should it be a bearable time of year in Houston, the New York Times recommends a few parks. There are three main green spaces within the 610 Loop: Buffalo Bayou Park, Hermann Park, and Memorial Park. Only the first two deserve a mention, and I wonder how the third feels left out. Buffalo Bayou is the place to go if you want a great view of the Houston skyline (see photo above), and Memorial is the place to go if you don’t want the hassle of parking. It’s also a lovely green space that has had quite a few (expensive) facelifts in recent years, with the final phase being unveiled to the public next month.

However, the best park is Hermann (mentioned). It has a reflecting pool (mentioned) and a choo-choo train (criminal unmentioned), as well as an outdoor theater and a Japanese garden (neither mentioned). And that’s all I have to say about it.

The New York Times article ends with a semi-apology for how it all began: “Sometimes Houston can be really beautiful.” Thanks for that. The North and South Boulevard Historic District is indeed one of the most beautiful spots in the city, its live oak trees towering above the red brick sidewalks. But it’s not in this small, lavish neighborhood that all of Houston’s beauty lies. This is what Houstonians need to know, and industrious visitors need to find out.