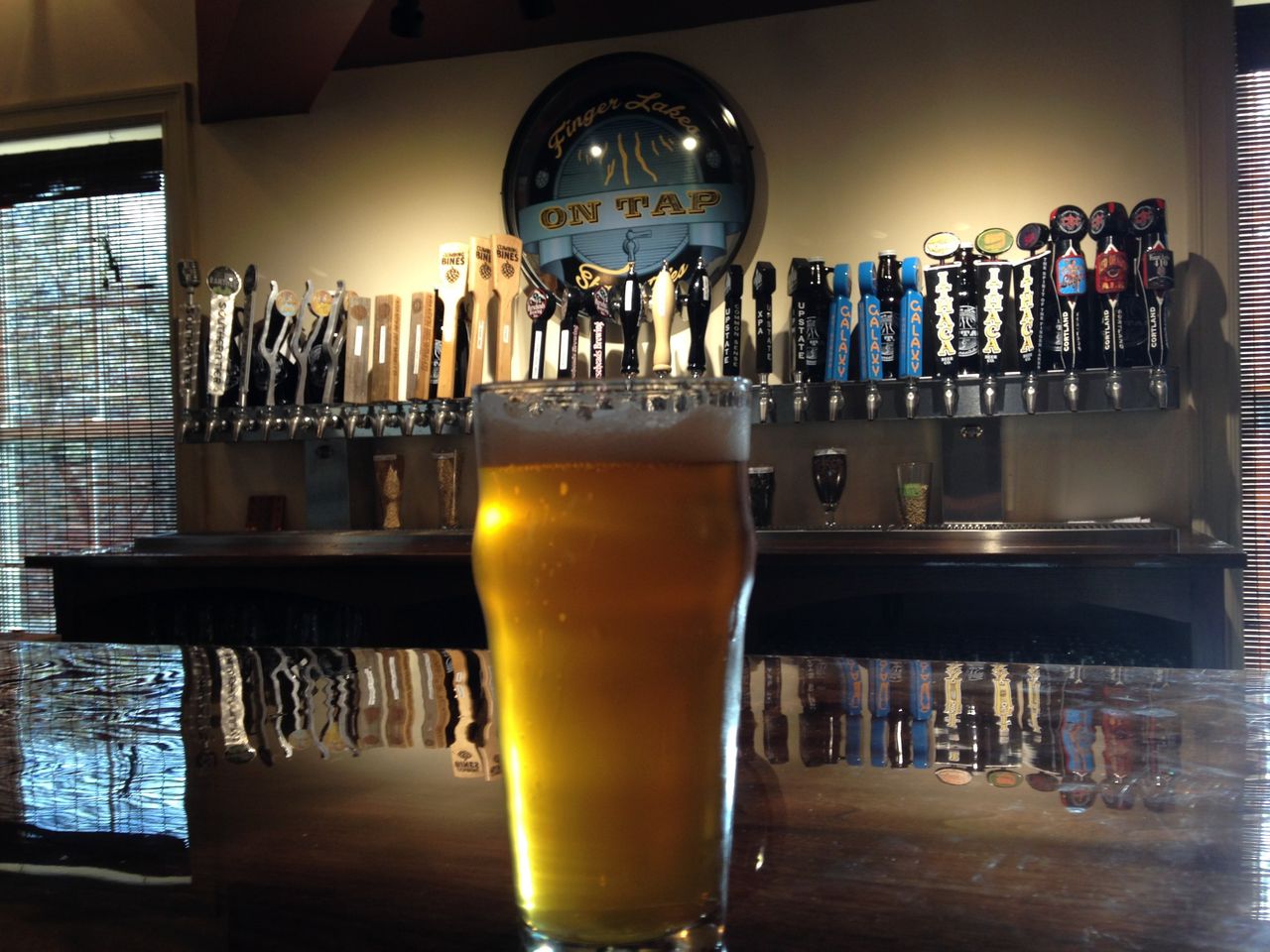 Skaneateles, NY – Tour the state glass by glass at Finger Lakes on Tap. At least 50 of the 60 taps serve New York craft beers.

But the seven-year-old bar at 35 Fennell St. in Skaneateles won’t be around for much longer: owner Tom Ierardi announced this weekend that he’s closing the bar when his lease expires in April.

“After years of planning and more than 7 years owning/operating FLOT, I have come to the difficult decision to sell the company,” Ierardi wrote in a Facebook message on Sunday. “The current lease runs until April and the timing for my resignation is just right. I envision continuing as usual until March. Until a new owner is found, it is unclear what operations will look like in April.”

Ierardi has a long career in the pharmaceutical industry before opening Finger Lakes on Tap in the former Creekside Coffee Bar and Bookstore in the fall of 2015. After 20 years as a brewer, he had learned to appreciate beer and the local and state craft beer scene and was a handyman.

Over the years, Finger Lakes on Tap has featured beers from breweries from New York City to Buffalo and from Binghamton to Lake Placid. Ireardi kept up with trends even as the number of New York City breweries grew from fewer than 200 in 2015 to over 500 in 2022.

The two-story bar also offers a selection of sandwiches and wraps, as well as flatbread and fondue. His signature dish is the North Shore, a Boston specialty of roast beef, cheese and barbecue sauce on an onion bun.

News of the bar’s closure was met with dismay by commenters on Facebook and elsewhere.

“Come on April how will things ever be the same… They were our place to go and we will miss a ‘Hey Tom’ so much and all that makes the FLOT…” Kira VanAuken wrote . “I hope you find an owner to keep the hops flowing and the fondue bubbling…we love everything you’ve made and hope to see you on the stool forever together love from the bottom of our hearts.” cheers !!!”

Gift certificates and drink tokens will continue to be redeemed until the bar closes, Ierardi said.

More on drinks and bars in CNY:

Al Roker is a fan of Upstate NY beer: “I like this Utica Club”

TK tavern in Camillus plans reopening after fire: “We are strong and will not give up”

Syracuse’s newest bar has a self-serve beer wall. How it works (Video)