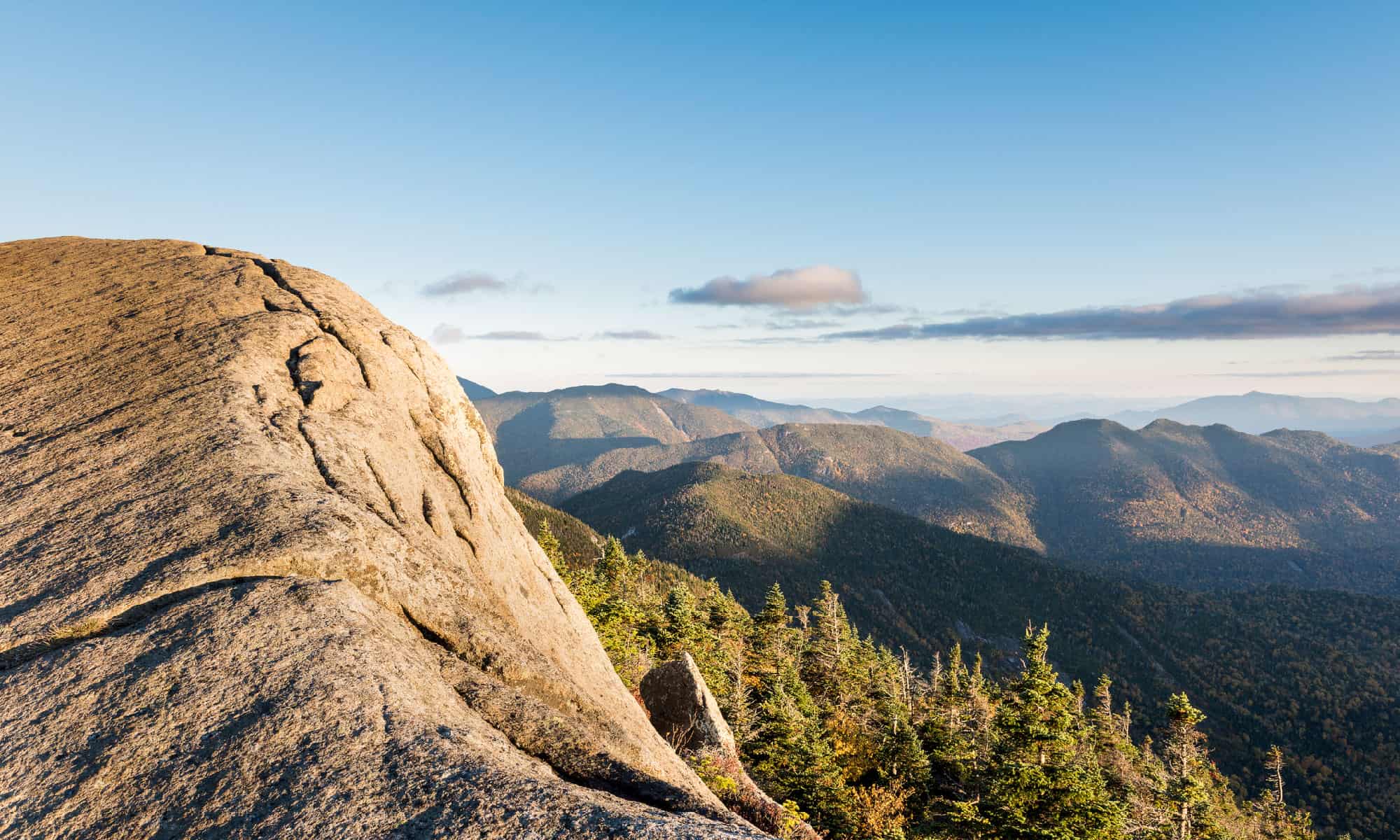 The Big Apple is known as a bustling place with vibrant urban life. That’s why it comes as shocking news to most people when they discover that most of New York is made up of densely forested land. In fact, up to 18.6 million of the state’s 30.2 million acres are forested. That’s up to 61% of the land area of ​​the entire state. New York’s forests are home to more than 100 species of commercial and non-commercial trees. Of all the wooded land in New York, a forest occupies about six million acres. That’s about a third of all the forested area in the state.

Known for its tranquil setting and beautiful mountaintop views, the forest park features several peaceful lakes and ponds and over 2,000 miles of hiking trails. The large forest provides a rich habitat for various plants and wild animals, and also serves for recreational activities such as camping, boating, fishing and so on. Here’s everything you need to know about the largest forest in New York.

The largest forest in New York is Adirondack Park. It is a protected area at the northeast end of the state and covers a land area of ​​more than 6 million acres. This makes it the largest public sanctuary not only in New York but in the entire country. However, the park does not only contain public land; It also has private lands where people live.

Adirondack Park covers about one-fifth of New York’s land area. The park’s land area is the same as that of the neighboring state of Vermont and up to three times larger than Yellowstone National Park.

History of the largest forest in New York

Two Native American tribes, the Mohawks and the Algonquins, originally lived in the Adirondack Forest. These tribes used the land for hunting and fishing, and it also served as a gateway to other areas of the state.

The name “Adirondack” is often translated as “log eaters” or “those who eat trees”. Native Mohawk people used this term to describe the Algonquins, who were settled at the northern end of the region at the time.

In the early 1800s, New York State began selling the Adirondack lands to individuals and loggers to raise funds to pay off Revolutionary War debts. In the second half of the 19th century, tourism in the area boomed thanks to the construction of a railroad connecting Saratoga Springs to North Creek. By 1875 the Adirondacks had more than 200 hotels. The area attracted visitors who wanted to experience nature at its best.

However, the struggle for the region’s resources led to overexploitation of the forest area. Towards the end of the 19th century it became increasingly clear that the area was in need of intervention. In 1873, Verplank Colvin, a lawyer who had conducted an extensive survey of the area, published an account of the watershed’s deterioration due to logging. His report revealed that the overexploitation of the Adirondack Forest posed a threat to the Erie Canal and recommended the creation of a state forest reserve.

Wildlife found in the Adirondack Forest

About 53 mammals and more than 35 species of reptiles and amphibians live in the Adirondack Park. The forested areas are also home to numerous birds and insects. Several species of fish live in the forest’s more than 3,000 lakes and ponds.

Some mammals most commonly found in Adirondack Park are black bears, elk, white-tailed deer, beavers, river otters, and coyotes. Black bears are common in the park. In summer and autumn you can often see them foraging for food. Moose are found in wetlands and along rivers. White-tailed deer are also plentiful and can be seen throughout the park. Beavers live in the park’s wetlands and build dams to provide habitat for themselves and other species. River otters and coyotes are less common, but they are also present.

The garter snake, black rat snake, and eastern honose snake are some of the most common reptiles you can find in this forest park. Turtles (the painted turtle and the snapping turtle) as well as lizards and salamanders are also present.

More than 30,000 miles of streams and rivers flow through the Adirondacks. The vast waterways of this forest are home to countless species of fish, crustaceans and other wild aquatic life. Some of the most common fish here are brown trout, rainbow trout, perch and pike.

Trees in the largest forest in New York

Adirondack Park is one of the largest boreal forests in the United States. It is home to trees adapted to survive long periods of freezing temperatures. These include pine, larch and spruce.

The distribution of tree life in the park varies depending on the terrain in the area. In general, there are about 100 tree species native to the Adirondacks region. Northern hardwood trees such as sugar maple, yellow birch, and American birch cover up to 60% of the forest. Primeval forests cover over 100,000 hectares of land in the park. Other forest types include alpine conifers, deciduous trees, coniferous swamps, and mountain conifers.

Adirondack Park is the largest wildlife sanctuary in the United States. It is known for its diverse and rugged landscapes such as mountains, forests, lakes and wetlands. But more importantly, the large nature reserve protects several plants and animals, including many that are considered endangered and threatened in other parts of the country. Some of these species are the dwarf mace, the eastern wolf and the spruce goose.

Although it is protected land, most of the land in Adirondack Park is privately owned. However, all lands in the region are under the control of the Adirondack Park Agency. Up to 132,000 permanent residents live in the 102 cities of the region. This integration of human communities into a protected forest area is one of the unique parts of the forest. It shows how environmental protection can be integrated into an industrialized world without damaging the natural ecosystem.

About seven to 12.4 million tourists visit Adirondack Park annually. These tourists participate in a wide range of outdoor recreational activities for visitors. Some of these activities include:

Adirondack Park was established in 1892 to preserve and protect nature and allow people to experience nature in the wild. It is a unique forest that includes human communities that in one way or another contribute to the preservation and protection of the region.