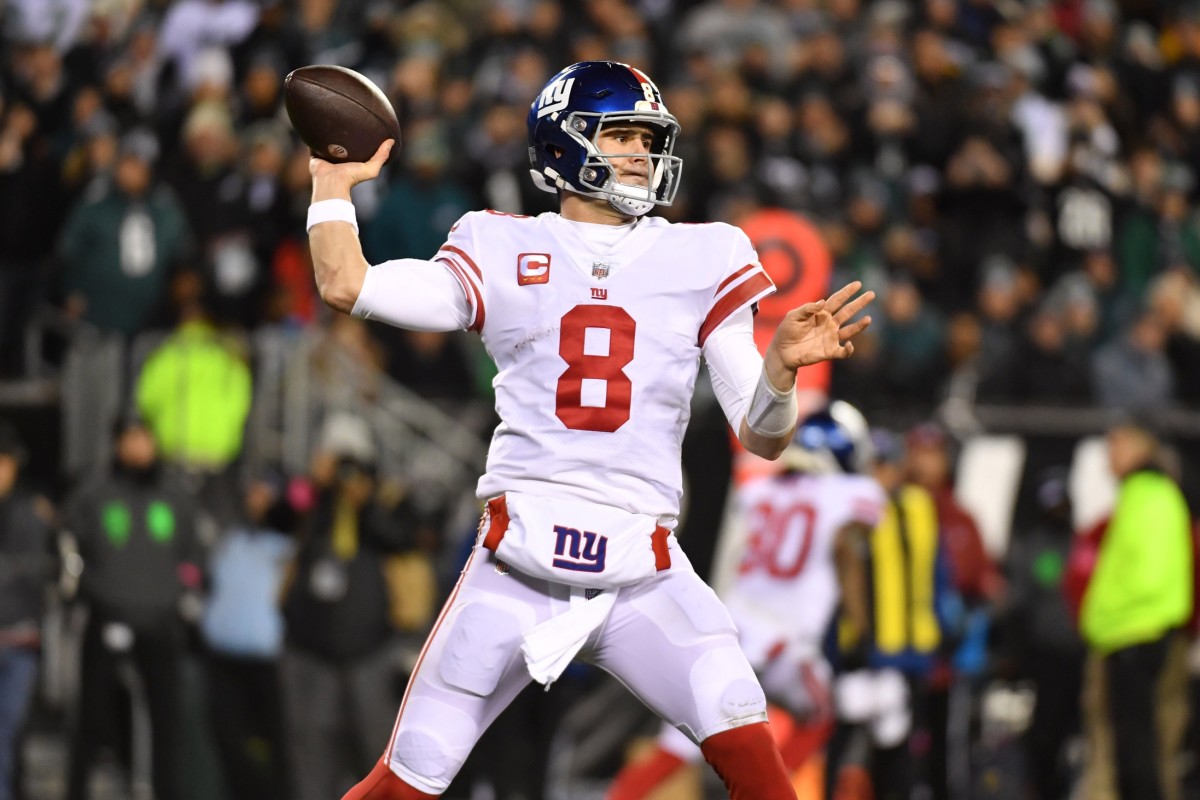 Editor’s Note: This is the first in a series of takeaways from Giants’ Exit Day (aka “Baggy Day”) as we recap what’s been said and offer some thoughts on what it means in the short and long term.

New York Giants quarterback Daniel Jones, who is heading towards an unrestricted free hand this offseason unless a new deal is struck by then, bring little light into the darkness after Saturday’s game about his plans.

On Sunday, he stuck to the same script but shed little light after carefully choosing his words about his future with the Giants.

“I think right now I’m thinking more than anything about this year and this team and the boys and how grateful I am to be a part of it. I enjoy being here – I have nothing but love and respect for the organization. I would love to come back but we’ll see. There’s also a business side, so I’m very grateful to be here and to be a part of it. It’s a business.

Jones has revealed that he and the Giants are not close to achieving enlargementas WFAN reported a few weeks ago.

What does all this mean for the giants? How will it go on?

Before I offer my thoughts, I am reminded of one of my first encounters with Jones at the 2019 Scouting Combine. I remember visiting him at his podium and asking if he had set up meetings with the Giants. Jones was secretive and then refused to disclose which teams expressed an interest in him and that hasn’t changed when it comes to business matters.

Anyway, when Jones revealed a few weeks ago that his reps and the Giants hadn’t had bye-week discussions about his contract, I wondered if maybe a decision hadn’t been made yet or if the Giants were more interested in To get some parameters Two contract extensions were discussed for the deals with Saquon Barkley and Julian Love.

Now I’m beginning to wonder if Jones’ reluctance to speak out, as Barkley has been doing since Saturday night, might have to do with knowing he may have options as he probes the market.

I wonder how much DeShaun Watson’s fully guaranteed deal might play into this equation. Several teams in the NFL need starting quarterbacks next season – Carolina, Washington, Las Vegas, Tampa Bay, New Orleans all spring to mind. And not all of these teams will be able to draft a blue-chip prospect.

Jones would be foolish not to explore his options in the open market, so he might just play his cards tight.

At the same time, Jones has had a consistently solid season under head coach Brian Daboll and offense coordinator Mike Kafka. Although he had a stellar season despite some lack of talent, you’d think it would be appropriate to return to the Giants, even if it’s on a short-term contract (three years) that they could always snap if he outperforms it up and extend it for longer and more money.

That would be the scenario I expect. I think both sides would like to continue working together. But it has to make sense for both of you.

I’d be surprised if the Giants didn’t have to resort to the franchise tag to keep suitors away from Jones in free hands, so getting Barkley down as soon as possible will be crucial.