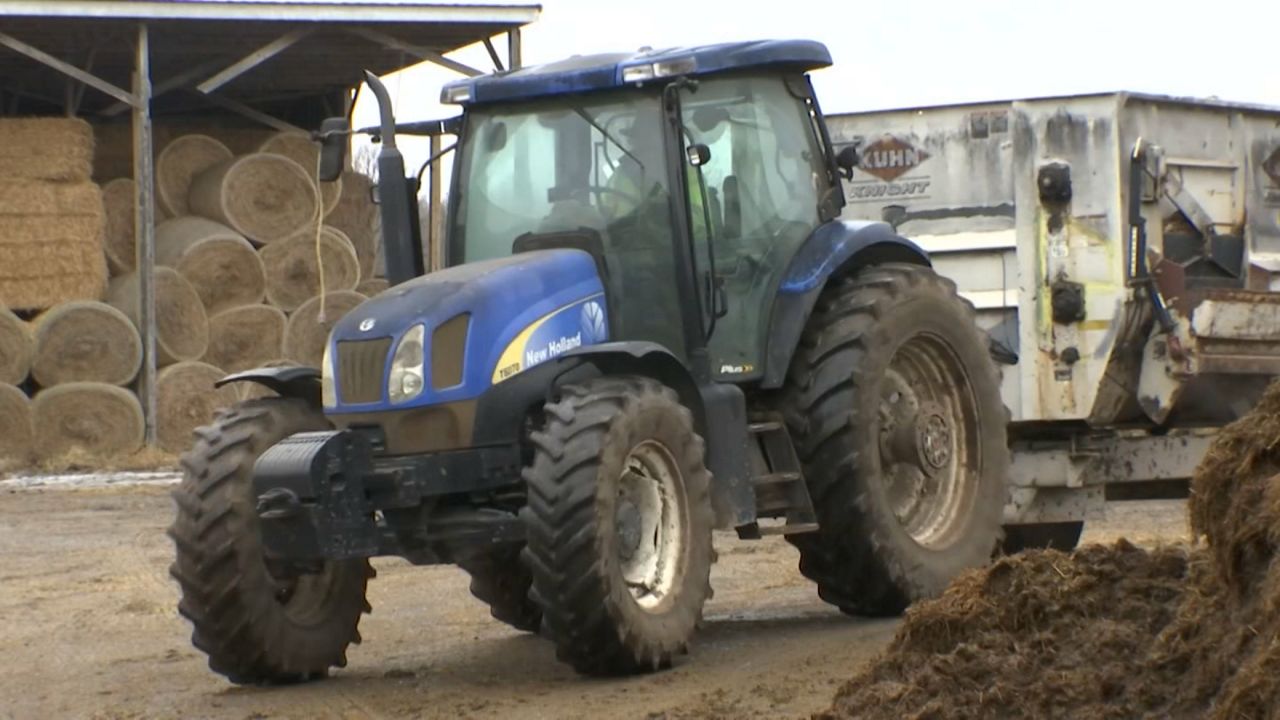 New York’s environmental leaders recently approved aggressive measures to reduce greenhouse gases and emissions, but farmers are wondering how to do it without increasing costs. And some say the technology needed doesn’t even exist yet.

At the moment there are still many unanswered questions from farmers whose chosen livelihood depends on the land.

“The farmers want to take care of their land, they earn their living from the land,” said farmer Kim Zuber. “We can’t feed these boys without taking care of the land.”

“That’s a good idea,” he said. “We all want to be carbon neutral, but you can’t put the cart before the horse.”

The New York Farm Bureau has some questions about a lofty zero-emissions plan put forward by the New York Climate Action Council. In addition to raising more than 5,000 head of cattle, Zuber also farms 3,500 acres of land. It is an operation that relies on a fleet of machines, all of which run on petrol or diesel.

“Downstate is where all the legislative power is, and most of these people have never been to the farm,” Zuber said. “I wish that instead of listening to experts, legislators and regulators would actually talk to the people in the industry and see what’s possible, what can be done.”

A big problem for farmers: There is currently no viable option to run heavy machinery on battery power.

“Battery life, power consumption, when farmers go to work 12-15 hours in the spring, they can’t stop charging a tractor,” Zuber said. “And the technology just isn’t there yet.”

Zuber believes that technology will eventually catch up. But at the age of 70, he doesn’t see that while still farming. That will be expensive, not only for farmers.

“With this climate-neutral program … it will be expensive,” said Zuber. “And for the people living on the fringes, food prices are going to go up, so it’s going to get worse for them.”

Even in Zuber’s time, agriculture developed by leaps and bounds. It’s one thing to set goals and another to realistically achieve them.

“The technology isn’t quite there to do what they want to do and it’s going to be extremely expensive and they have to be aware of that,” Zuber said.

Like everyone else, farmers are already facing high inflationary costs. The costs of energy, transportation, labour, fertilizer and supplies are increasing.

The New York Farm Bureau is working to counter these costs with various programs, such as direct farmer-to-consumer sales.

The New York Climate Action Council’s plan calls for the state as a whole to achieve 70% renewable energy by 2030, a 40% reduction in greenhouse gases by 2040, and net-zero emissions nationwide by 2050.