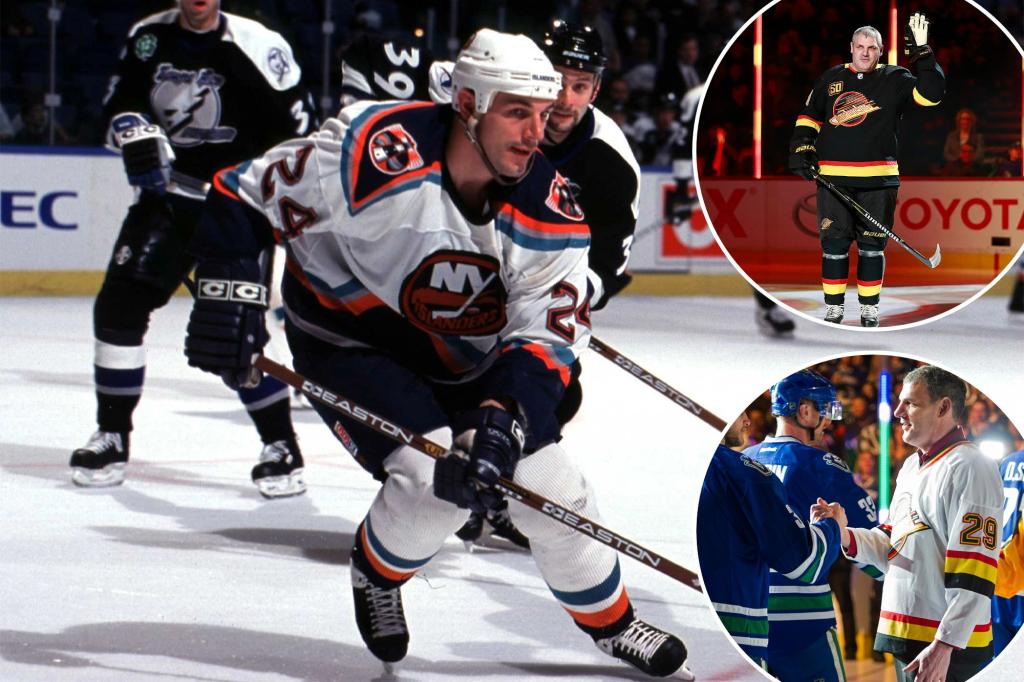 “Our hearts are broken,” Dina wrote on their Facebook page. “My brother Gino Odjick left us for the spirit world,” with two heart emojis at the bottom of her message.

Odjick suffered a heart attack at a medical clinic in Vancouver where he went to have leg bandages replaced, the Montreal Gazette reported.

According to Sportsnet, he was diagnosed with amyloidosis in 2014, which “has attacked his organs and heart.”

“The New York Islanders are deeply saddened to learn of the passing of former family member Gino Odjick,” the team said in a statement on Twitter. “The team extends our condolences to Odjick’s family and friends.”

“Gino was a fan favorite from the moment he joined the organization and poured his heart and soul into every shift on and off the ice,” Canucks Chairman and Governor Francesco Aquilini said in a statement. “He inspired many and embodied what it means to be a Canuck. Personally, he was a close friend and confidante, someone I could turn to for advice and support. He will be greatly missed.”