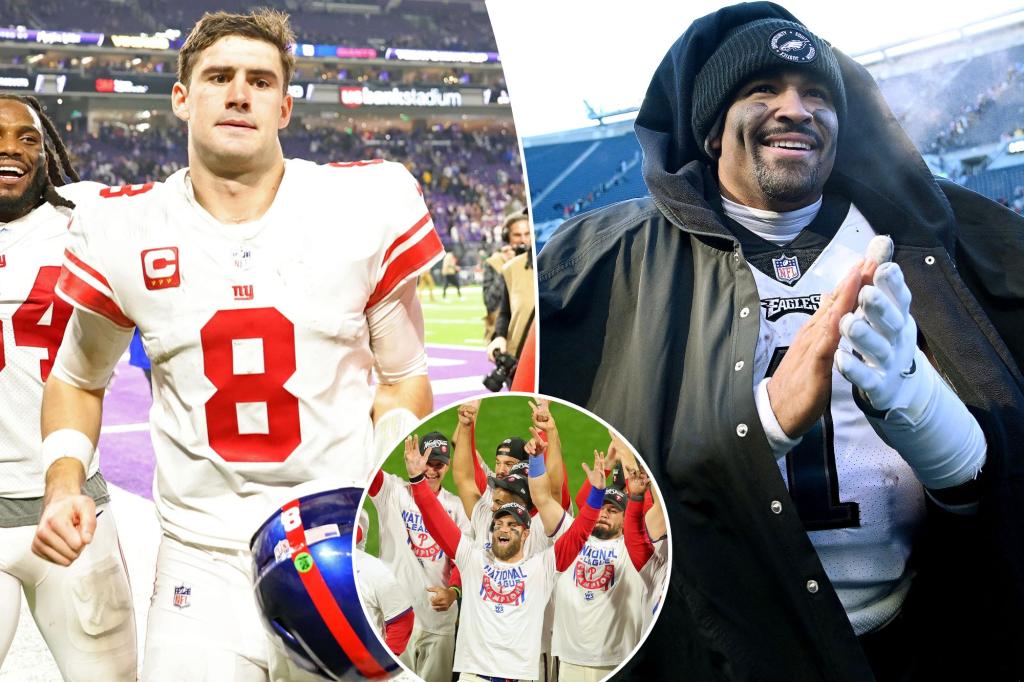 The lesson was harrowing and humbling, and it echoes all these months later, delivered by our ever-kind and ever-accommodating neighbors to the south. For one of the few times in recorded history, we can sincerely thank the beautiful city of Philadelphia for showing us the way.

You will recall that the Phillies were doubly lucky to even qualify for the baseball playoffs by taking advantage of the extra offer concocted for the 2022 season and overcoming 5 1/2 months of mostly uninspired baseball. But after stamping their ticket, they adopted as their unofficial mantra the old New York Lottery slogan: You have to be there to win.

More to the point:

They reminded everyone – especially baseball fans on both sides of the New York baseball divide – that it really doesn’t matter how well you play in April or May, how many games you win in June and July, how complete you are in August and September works . First and foremost, October counts, forever.

Doing your best when the games matter most is the best weapon you can own. The Phillies taught this lesson directly in St. Louis, Atlanta and San Diego and indirectly in New York. If you watched the World Series, you did so with steam in your ears and envy in your soul.

But maybe you took this lesson to heart.

And maybe this Saturday we’ll see if this tutorial can be easily transferred to the field at Lincoln Financial Field, where the Giants will play the Eagles in the NFC semifinals after beating the Vikings at the US Bank of Minneapolis on Sunday afternoon at 31: 24 have defeated Stadium.

“All we have to do,” Leonard Williams said with a smile in a jubilant Giants locker room, “is go right down the street.”

And make no mistake: the Eagles know exactly who reports for work on Saturday. It won’t be the team they looted at MetLife Stadium on December 11, a 48-22 slamming that could easily have been worse. Nor will it be the walk-ons in Giants uniforms that gleefully scared them in Week 18, a 22-16 Eagles win that seemed more uncomfortable than kidney stones to Philly fans.

no What they’re going to get is the very best of the Giants because the Giants are playing better right now than they’ve played all year, which means it’s the best they’ve played in six years. Their offense is picking up speed at the perfect time, Daniel Jones is enjoying the game of his life on Sunday (301 passing yards, 78 more running yards) and Saquon Barkley is playing at an optimal level. The defense can be leaky, but damned if they didn’t stand up on Sunday and choke out the Vikings, limiting them to three points on their last three possessions.

And you know that Brian Daboll, the coach who sheds every available ounce of sweat and blood each week, will have them ready to make it to Philly without the need for a plane, train or car. His magical first year as a head coach just keeps getting better. And now it’s snaking down the turnpike, into the Eagles’ backyard.

“I think we have a lot of work ahead of us, but it’s fun,” said Daboll, a few minutes after channeling Ted Lasso in a merry dance in the locker room with his players. “We’re a rowdy bunch, we work hard and there’s a good dose of humility in this space.”

There is also a better level of belief and a large dose of self-confidence. They’ll need all of that Saturday in Philly, but you have to believe that the Eagles and their most loyal believers were hoping the Vikings would do everyone a solid favor and drop the Giants’ name from the NFC tournament brackets. Now they have to do it themselves.

Lo and behold, you should. They didn’t win those 14 games in a draw, and there were a lot of weeks where the Eagles looked as good as the Bills or the Chiefs over in the AFC. Just not lately. Jalen Hurts slammed his throwing shoulder up. The Eagles lost back-to-back games to the Cowboys and Saints. They were only just surpassed by the Davis Webb Giants.

Now they’re getting the Giants and all the pressure is going to be on the NFC East Champions and the always difficult task of beating a team three times in a season and the Giants can’t wait to see how that’s going to play out.

“I’m sure the atmosphere is going to be crazy: lots of boos and middle fingers for us, but we’re looking forward to it,” receiver Darius Slayton said.

“We want to continue to stand up for the city and for each other,” said Nose Tackle Dexter Lawrence.

January is the new October.