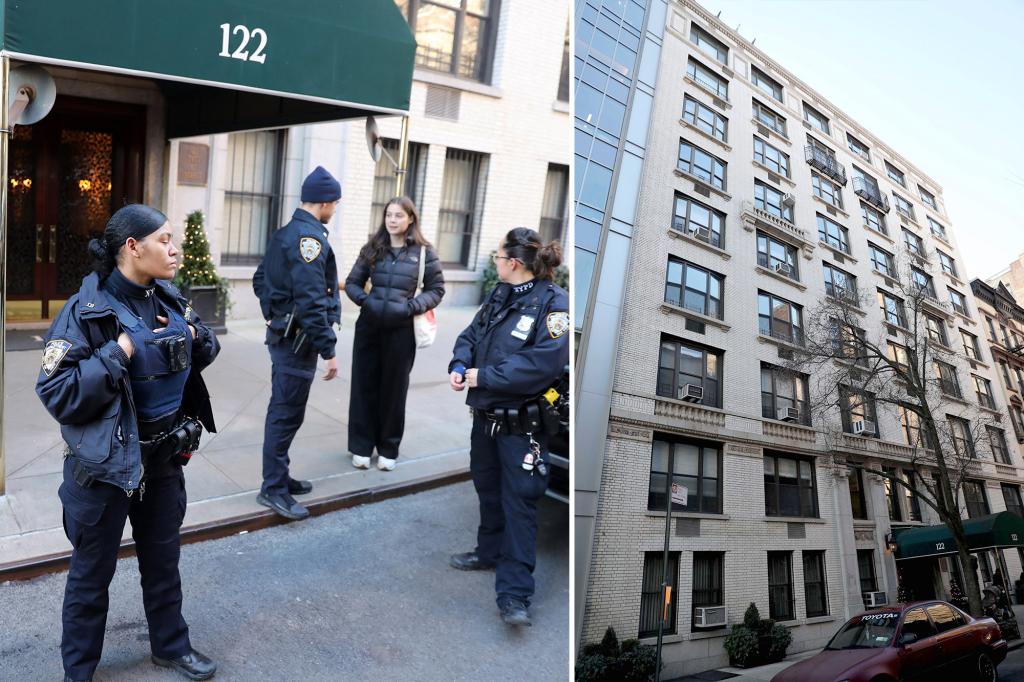 A young girl fatally fell from the roof of a luxury apartment building in the Upper East Side on Sunday afternoon, police officers said.

The girl’s identity was not immediately released.

Co-operatives in the Manhattan building were recently sold for as much as $5 million, according to StreetEasy.com. The real estate website says the pre-war building is nine stories high.

“I came out of my apartment and there were three ambulances on the block,” a neighbor told the Post. “It’s awful. It’s absolutely appalling.”

A bouncer who works in the block said it was the second time in about six months someone in the area had jumped to their death.

A 27-year-old man jumped to his death from 131 E. 82nd St., an apartment building across the street, on June 19, according to the blog East Side Feed.

In September 2019, a 65-year-old woman fell or jumped from a building on East End Avenue and East 82nd Street and survived.

If you are struggling with suicidal thoughts or having a mental health crisis and live in New York City, you can call 1-888-NYC-WELL for free and confidential crisis counseling. If you live outside the five counties, you can call the 24/7 National Suicide Prevention Hotline at 988 or go to SuicidePreventionLifeline.org.