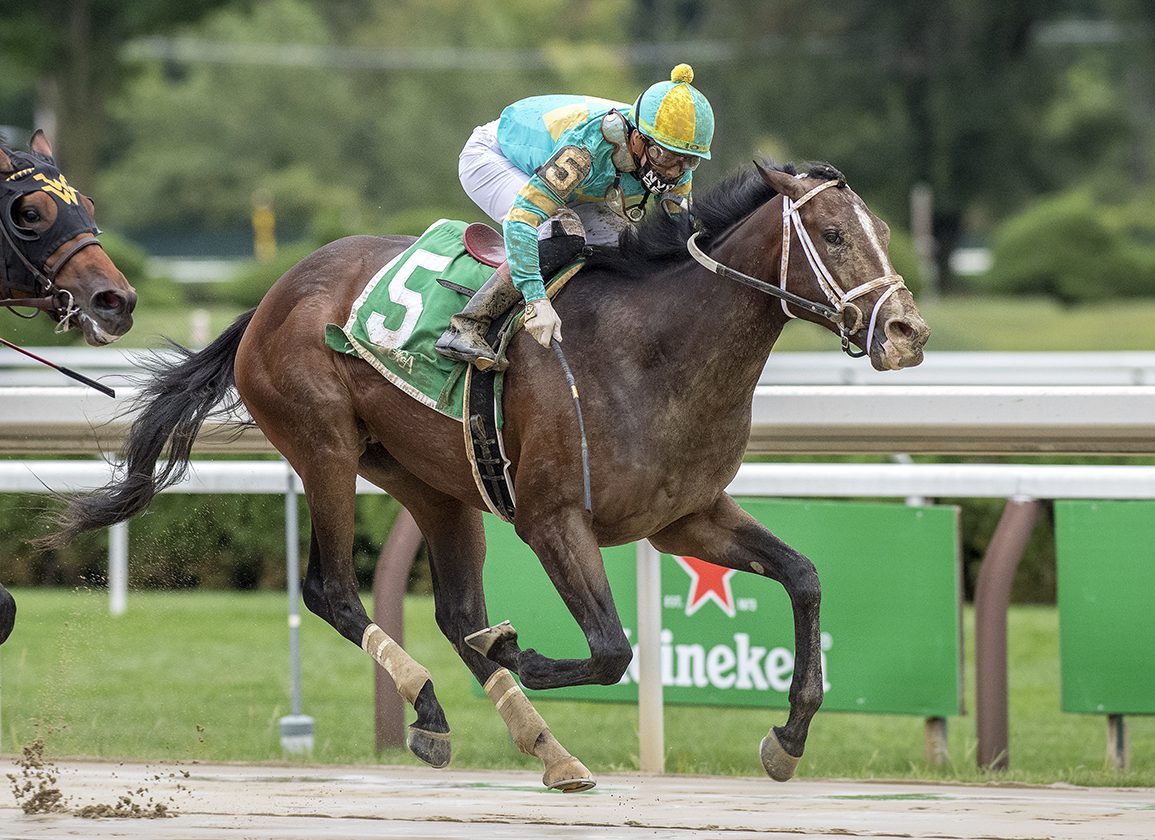 Breeders’ Cup winner and youngest stallion for sale by Fasig-Tipton Digital fire-free (Declaration of War – Flirt, by Kitten’s Joy) has been officially retired and will star in the sequel New York near Hudson for the 2023 season.

The three-diamond farm runner broke his maiden at two on the second prompt in Saratoga’s With Anticipation S. while on the main course and quickly made third place in a row by taking the GII Pilgrim S. on Belmont’s turf before winning the GI Breeders, won ‘Cup Juvenile Turf in Keeneland. He won the latter by a margin of three lengths, which brought him to the Eclipse Awards as a finalist for Champion 2-year-old male, eventually won by Essential Quality (Tapit).

“[Fire At Will] is absolutely the fastest two-year-old I’ve ever trained on the grass,” said conditioning coach Mike Maker.

Fire At Will switched back to the dirt for his first start at three and finished the board in the GII Fountain of Youth S., then quickly recovered to a third place finish in Keeneland’s GIII Transylvania S. on the turf. Fire At Will retires with a record of 6-3-0-1 and $675,932 in earnings.

Fire At Will was bred in Kentucky by Troy Rankin and purchased as a yearling at the September 2019 Keeneland auction by Three Diamonds Farm for $97,000. His dam is a half sister to GISW Decorated Invader (Declaration of War) and they come from the same family as the successful sire Stormy Atlantic. Bidding for the digital sale of Fire At Will ended on January 11th.

“The recent graduate of Fasig-Tipton’s digital sale, Fire At Will, represents a great opportunity for growers in New York,” said Fasig-Tipton President Boyd Browning. “He was a brilliant Breeders’ Cup winner at two and has an excellent pedigree. Becky Thomas and her team at Sequel have added another really exciting stallion prospect for the 2023 breeding season.”

Fire At Will will be available for viewing next Saturday, January 21 from 11:00 a.m. to 3:00 p.m. alongside fellow Sequel studs Keepmeinmind, Honest Mischief, Freud and Mission Impazible in the Sequel for $6,000.