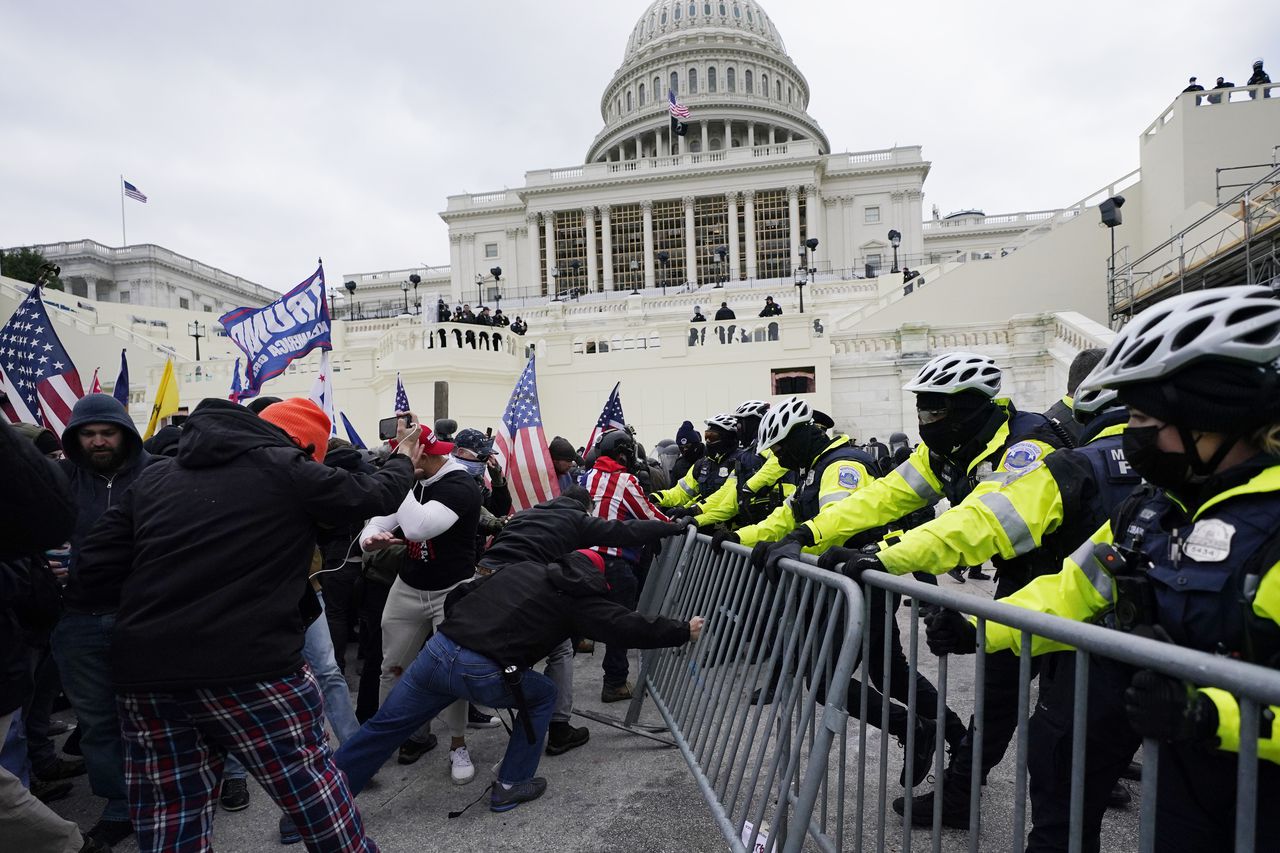 Albany, NY — Democratic lawmakers in a handful of states are trying to send a message two years after the violent attack on the US Capitol: Those involved in an attempted overthrow of the government should not be allowed to lead it.

New York, Connecticut and Virginia are among the states where proposed legislation would ban anyone convicted of taking part in a riot from holding public office or a position of public trust, such as becoming a police officer.

While the bills differ in scope, their goal is similar.

“If you tried to use force to overthrow our government, you should by no means be a part of it,” said New York State Senator Brad Hoylman-Sigal.

He sponsors a law barring persons convicted of taking part in an insurrection or rebellion against the United States from holding civilian office, which means they cannot serve as a judge or member of the legislature. Hoylman-Sigal said he introduced the bill this year because he saw more people involved in the Jan. 6, 2021 riots in Washington running for office last year.

He described the attack on the Capitol as “a real attack on the very foundations of our free and fair democracy and the values ​​that enable it to survive.”

A Virginia lawmaker this month, on the second anniversary of the Capitol riot, introduced a bill that would ban anyone convicted of a crime related to an attempted riot or riot from serving in positions of public trust — including those affecting policy making, law enforcement, safety, education or health.

A Connecticut bill would prohibit persons convicted of sedition, rebellion, rioting, or a crime related to any of these acts from running for or holding public office. Senate Majority Leader Bob Duff, who introduced the measure, told The Associated Press he wanted the legislation to eventually prevent them from filling state or local jobs.

Legislation in the states follows the committee’s final report on Jan. 6 that found Donald Trump criminally implicated in a conspiracy to overturn the legitimate results of the 2020 presidential election, which he lost, and failed to take any action to end it preventing his followers from attacking the Capitol.

The committee’s recently completed work may have been another stepping stone for lawmakers to act and propose ways to hold people accountable, said Victoria Bassetti, a senior policy adviser for the States United Democracy Center, a nonpartisan organization campaigning for fair elections uses.

Some Republicans say the legislation is unnecessary.

In New York, Republican Assemblyman Will Barclay, the minority leader, called the bill there a “political statement” and said it was “political rather than a public policy concern.”

He said existing rules already apply to people in certain positions who have been convicted of crimes and that those laws “should suffice”.

The legislation is another example of how the Capitol riot has become a political Rorschach test in the country.

Many Republicans refuse to view an attempt to forcefully stop the presidential certification — which was based on lies that the 2020 election was stolen — as an insurrection, while a strong majority in the party continues to believe President Joe Biden was improperly elected. Even college students are taught different versions of the attack based on whether they live in more conservative or liberal parts of the nation.

The contrasting realities came into focus in Pennsylvania this month during a tense exchange between two lawmakers.

In a committee hearing, Republican Sen. Cris Dush slammed the gavel when he suspended Democratic Sen. Amanda Cappelletti after she called the US Capitol a “site of a riot” on Jan. 6.

“Riot, no one has been charged with it,” Dush said. “There was not a single charge against these people as insurgents. We do not use that term in this committee.”

Nearly 1,000 people have been charged with federal crimes in the Capitol riots, about half of whom have pleaded guilty to the riots and more than three dozen have been convicted in court. Charges range from misdemeanors against those accused of illegally entering the Capitol but not taking part in any acts of violence, to criminal seditious conspiracies for far-right group members accused of conspiring to prevent transmission to have planned the power of the President.

In November, two leaders of the extremist group Oath Keepers were found guilty of the seditious conspiracy that prosecutors say was a weeks-long plot to use force to keep Trump in office. Leaders of the Proud Boys and other members of the Oath Keepers are currently on trial on sedition charges, which carry up to 20 years in prison.

Weeks after the committee exchange, Cappelletti told The Associated Press it was important for people to understand that the attack on the Capitol was a riot.

“Those are factually correct things,” she said. “That doesn’t mean we can’t disagree politically about politics or other things, but we can acknowledge that this has happened and start figuring out how we’re moving forward to work together to rebuild that public trust.”

Dush remained steadfast in his view that what transpired on January 6 was not a riot.

“If there was any kind of conspiracy to start an insurgency, it would have fallen apart pretty quickly after the government regained control,” he said in a phone interview.

There have been some previous attempts to prevent certain officials from running for or holding office.

A New Hampshire bill that would have barred anyone involved in a riot or rebellion from holding state office died last year.

Also in the past year, groups have filed lawsuits over a rarely cited section of the 14th Amendment that deals with insurgency. They sought to disqualify a handful of members of the US House of Representatives from re-election for events related to the January 6 riots.

In September, a New Mexico state court disqualified a rural county commissioner from holding public office for his part in the Capitol riot. Couy Griffin had previously been convicted in federal court of a misdemeanor for entering the Capitol grounds without entering the building. He was sentenced to 14 days and time served credited.

The judge permanently banned Griffin, then an Otero County commissioner-elect, from all federal and local public office.

In West Virginia, a former state legislator who pleaded guilty to a felony – civil disorder – for taking part in the riots and has served a sentence earlier this month announced that he is running for Congress.

“We really need to rid ourselves of those who would overthrow our government,” said Connecticut lawmaker Duff. “There is no place for any of them to be (in) any kind of elected or appointed officer.”