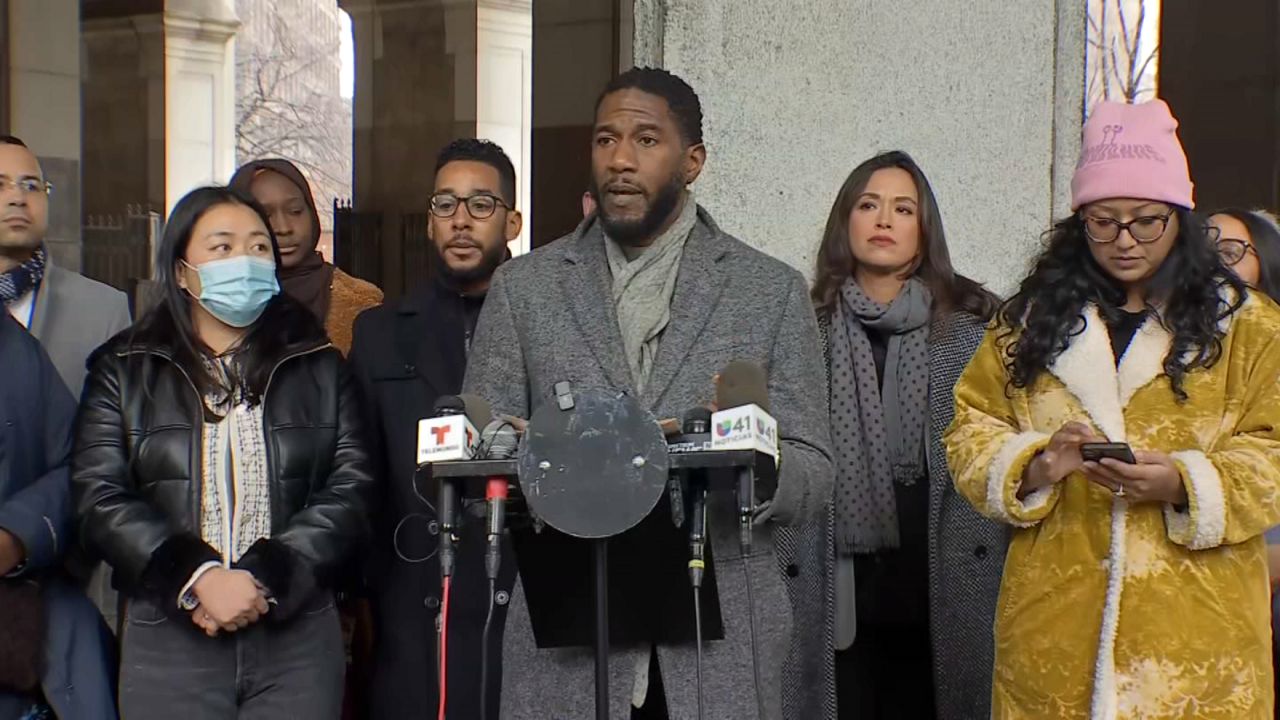 Comments by Mayor Eric Adams during his recent trip to the southern border have drawn criticism from a group of elected officials and immigrant advocates.

At a Thursday morning news conference, public advocate Jumaane Williams said it was “very important that we all come together to support the newest and emerging New Yorkers.”

Williams has been backed by advocates who say they want asylum seekers to know they are welcome here. They say they reject the rhetoric they believe New Yorkers are fighting migrants coming into the city in busloads.

“New York couldn’t take more. We can’t do that,” the mayor said while visiting the border in El Paso, Texas over the weekend.

Mayor Adams softened his remarks at City Hall later in the week, saying, “We’re out of space, but we’re still finding rooms and housing.”

what you need to know

“We must actively choose to communicate words that unite those who are suffering and not allow the assumption of an us-versus-them mentality,” Williams said.

While criticizing the Adams administration’s handling of the migrant crisis, the group agreed with the mayor on one thing: more help is needed from both the state and federal governments.

They repeated calls for more funding, infrastructure and legislative changes to meet the needs of the crisis.

“I keep hearing, ‘Help us get our paperwork, help us get legal services,’ because they’re here to get started and they’re trying to start a life here, which means they’re New Yorkers are,” said City Councilman Julie Won.

According to the mayor’s office, more than 40,000 migrants have arrived since the spring. The bureau estimates it could cost the city $2 billion.

“This should be a moment of unity, not one that pits asylum seekers against others,” city council spokeswoman Adrienne Adams said later in the day at City Hall.

Fabien Levy, a spokesman for the mayor, said the administration is glad other city officials have joined Mayor Adams’ call for federal and state aid and agreed that migrants should be treated humanely.

He added, “For the past year, the city has provided, largely on its own, shelter, nutrition, education, medical care, legal assistance, and a variety of other services to each of these individuals.”

On Wednesday at the US Conference of Mayors, the mayor presented a six-point plan that included expedited options for the right to work, federal laws that would create a path to citizenship, and statewide leadership to agree on a common goal includes.