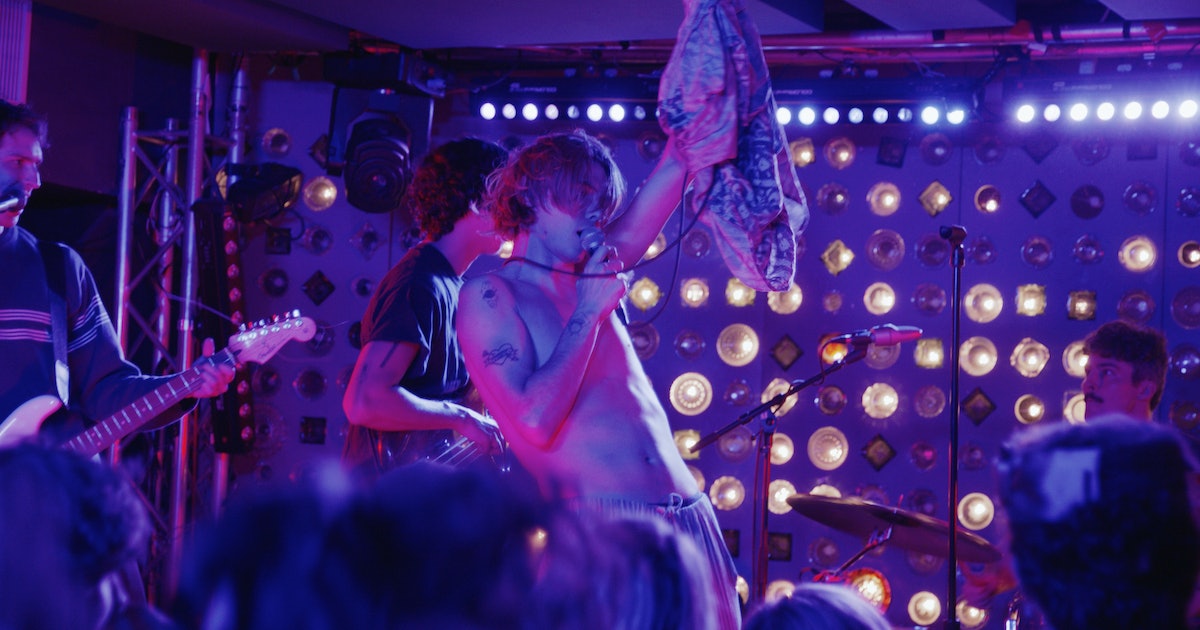 Rebekah Sherman-Myntti is a filmmaker who evokes and captures New York’s downtown arts scene with a cartographer’s devotion: she chronicles not only emerging talent, but what it’s like to be there – regardless whether you are at all or not.

In her new variety show Morning!, Sherman-Myntti brings together New York’s emerging music, food, comedy and fashion talent under one roof. In the case of the first episode, this roof is at the Baby’s All Right venue in Williamsburg. Just like MTV shows Not connected Sherman-Myntti not only captured the music of a time, but also a sentiment that New York City wants to archive and celebrate—especially the artists that make it so special.

“I’ve always loved time capsules and the idea of ​​capturing characters at a specific moment in their lives,” Sherman-Myntti tells NYLON. “With morning!, it’s a show that highlights emerging talent previously unknown to a wider audience, but also documents the unique, one-of-a-kind personalities of people I know and love in New York. It’s so special and exciting to bring people together who wouldn’t otherwise be in the same room together.”

Shot with multiple cameras, the viewer is led through a fun house of talent. It’s a maximalist approach to storytelling, using multiple camera angles to film multiple live events, emulating the frantic energy of life in a place where so much is happening all the time. While Malice K, the Kurt Cobain by Elliott Smith rocker who performs with the ragged rawness of someone already famous, plays on stage, in another room we see actress Ruby McCollister handing out astrology readings , Eric Rahill, Catherine Shannon, Napoleon Emill doing stand-up comedy, Chef Oliver Kinkel and Kimberly Baldo making chicken nanban in the kitchen and gulping down the Ion Pack. We see a runway show from Madeline Malenfant’s debut collection (composed by Ion Pack’s Curtis Everett Pawley) and we see hot people making out in corners.

“If you look back in time Not connected, TRLeven movies like Monterey Pop or give me shelter, there is an incredible treasure trove of documentaries. Nothing like it currently exists from this new group of emerging artists in New York and Morning! is a show I wanted to do for this next wave of talent,” says Sherman-Myntti. “It gives viewers that sense of discovery.”

At the heart of Sherman-Myntti’s work is a desire not only to capture the heartbeat of a scene, but to support emerging artists along the way. It’s no secret that the entertainment industry is anti-talent; Heck, artists hardly get any support, even if they’re famous. Sherman-Myntti’s Simone Films, which she co-directs with Ion Pack’s KJ Rothweiler, who also helped produce Morning!has also morphed into something of a talent incubator, producing videos for emerging artists and hosting events like actor studios — and defying the notion that there must be scarcity in an industry like this.

“It’s really a moment for artists to support each other and showcase each other’s work. And as a filmmaker, it’s really exciting and interesting for me to capture all of these people in this current moment because it feels special,” says Sherman-Myntti. “It feels like there’s a desire to create things that have meaning. And I think a lot of different industries, whether it’s film, music or whatever, come out of New York, I think overall there’s a palpable energy that people feel and it’s kind of contagious.”

You can watch episode 1 of Morning! under: